USD/JPY has been under pressure in recent sessions, but there was just a hint into the close on Friday that the downside move was just beginning to lose impetus once more. On a medium term basis, the pair is back into an important zone of support 106/107. Since March, this area has frequently been tested, but has held as a basis of support. It has become the lows of a medium term trading band 106/109.85. Once more we have seen the market drift back into the 106/107 band. However, as the selling pressure just began to ease slightly on Friday there are a few signs that this could once more be an area to start forming a recovery from. Hitting a low around 106.60 on Friday, the market has begun to tick higher. On the hourly chart we see a downtrend of the past few sessions coming in at 106.95 this morning (also where Friday’s rebound into the close hit). Hourly indicators suggest this is a near term inflection point, with hourly RSI around 50 (where unwinds on recent days have failed). So if the bulls can build on their rebound and move back above 107.00 again then in the least it would suggest the selling pressure is dissipating again. It would also though raise the prospects of a near term recovery taking hold. Resistance lies over head initially between 107.10/107.40. Initial support at 106.75. 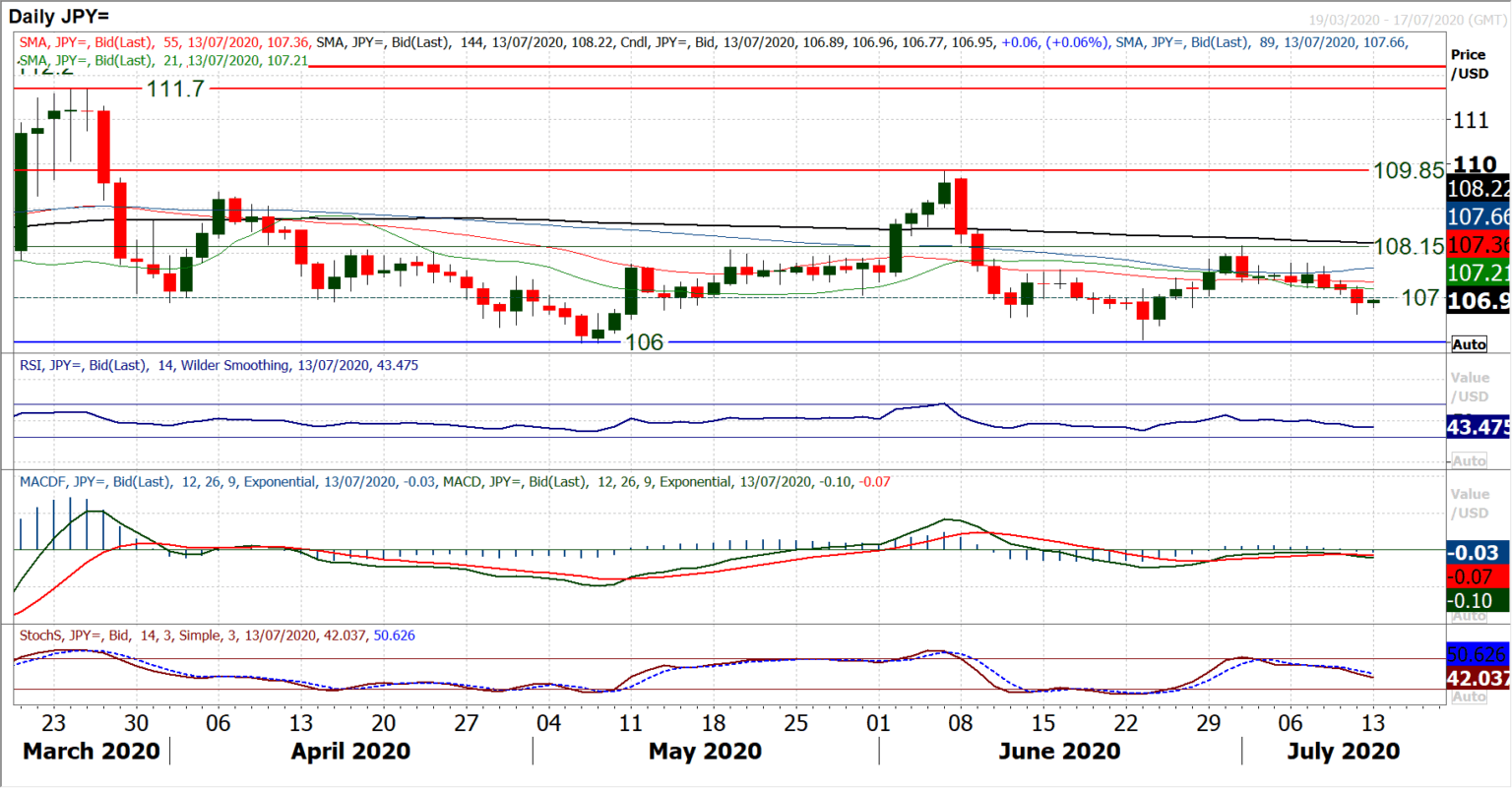