A recent run of neutral to negative candlesticks has once more questioned the ability of the bulls to drive a breakout forward. The failure to stamp their authority following the move above 109.00 must be seen as a concern, especially given the lack of conviction in momentum. Now with an intraday breach of 108.65 (a higher low from the mid-last week) sees focus turn squarely on the 11-week uptrend. (today at 108.45). However, there is an increasing deterioration in momentum with the Stochastics crossing lower, MACD lines slipping and RSI also falling. This is all confirmed through the hourly chart where the market is trading below a clutch of falling moving average, and hourly momentum turns increasingly corrective. There is now resistance building up between 108.90/109.15 as the near term run of lower highs builds. A closing breach of 108.65 and subsequently below the 11-week uptrend opens the key support at 107.90. 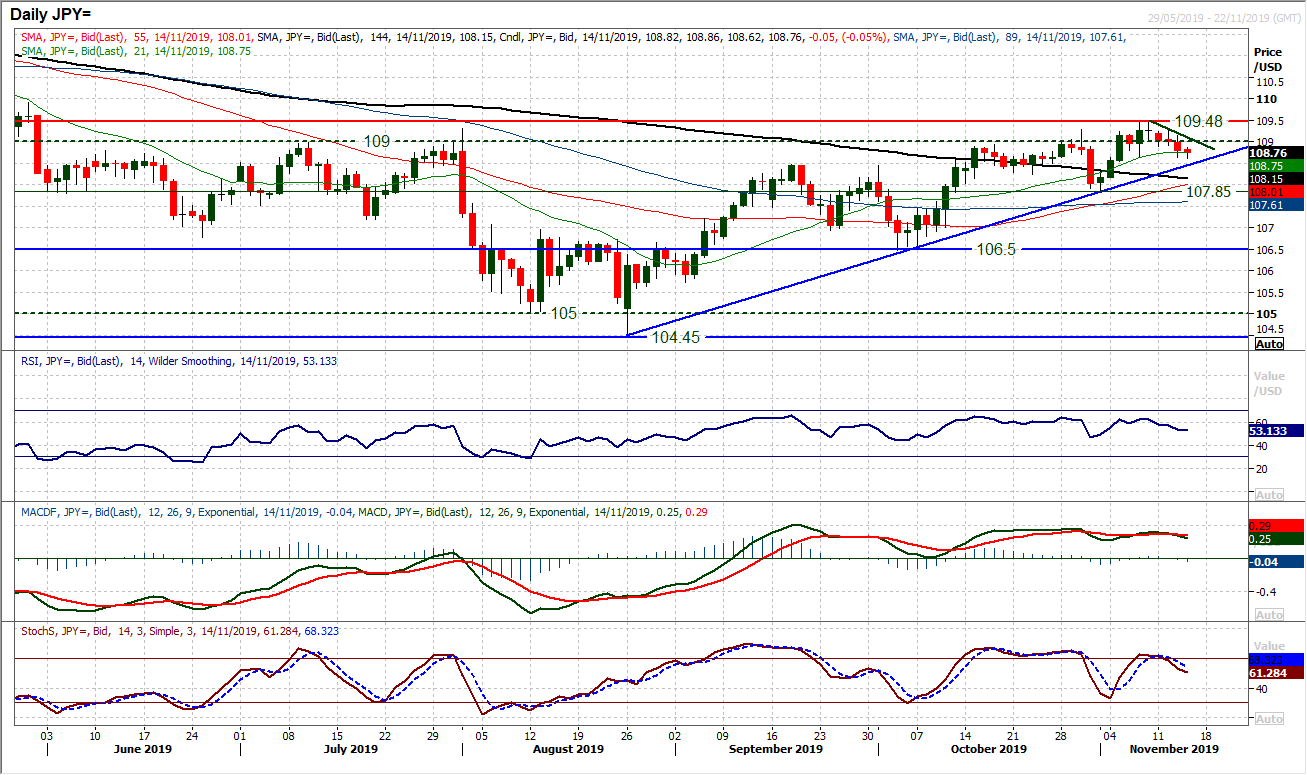 GBP/USD under pressure below 1.2600 amid risk-off mood

Gold nurses losses around the $1800 following Thursday’s good two-way businesses. The risk-off theme amid coronavirus concerns continues to bode well for the US dollar.