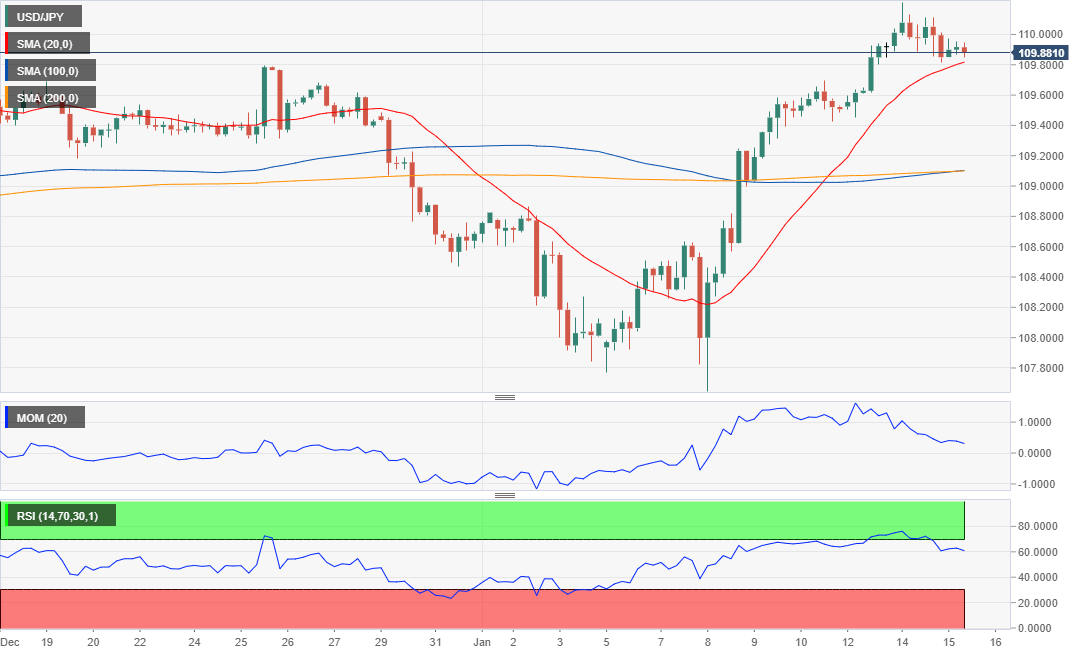 The USD/JPY pair is trading below the 110.00 as the optimistic mood continues easing, although far from turning negative. Market players seem to be disappointed by the fact that the US won’t remove tariffs on China, at least until past the 2020 presidential election, scheduled for next November. Therefore, speculation mounts that the global economic recovery will take longer than anticipated.

The US and China are set to sign phase one of the trade deal later today, and investors are eagerly waiting for details to asses whether to buy or sell safe-haven assets. Japan published the preliminary estimate of Machinery Tool Orders for December, down by 33.6% YoY, after falling by 37.9% in the previous month.

BOJ Governor Kuroda was on the wires and said that the local economy has been expanding moderately,  although highlighting the negative effects of overseas slowdown. He added that he won’t hesitate to take additional measures on monetary policy if risk grows, nothing that could surprise the market.

The USD/JPY is trading near its daily low at 109.81, but the bearish potential seems limited in the short-term, as, in the 4-hour chart, the pair is finding support around its 20 SMA, which maintains its bullish slope. Technical indicators have decelerated their declines, the Momentum above its 100 level and the RSI at around 61, indicating that, despite the broad dollar’s weakness, selling interest remains limited.