The Dollar’s initial weaker reaction to Thursday’s May inflation report, (it continued to rise to 5% annually from the 4.2% seen in April and the CORE reading at 3.8% was close to a 30-year high), which sent the USDIndex to test the week’s low zone at 89.90, was short – lived. Friday, saw a rapid supporting rally for the Dollar index to remain within the bullish channel, which is now fixed in the high zone for the month around the 90.55 level.

The USDIndex in June is holding over the key 90.00 level and the May low zone around 89.50. Markets are now waiting for clarity from the FOMC at this week’s meeting (Tuesday-Wednesday) on the direction of interest rate policy. (Which is now at 0.0% – 0.25%), including the purchase of bonds. It is widely speculated that the Fed has no plans to tighten its policy at this time. However, with continued high inflation Investors are keeping an eye on policymakers’ economic projections. Following this week’s meetings, the FOMC will next meet July 27-28 and then not until autumn and September 21-22, some three months away.

According to a Bloomberg survey, 18 of 51 economists expect a rate hike in 2023, while 40 percent of economists expect the Fed to cut its bond purchasing rate ($120 billion per month) in August, with 24% expecting it to be September.

However, Fed Chair Powell has previously said that the central bank will warn in advance if there will be a reduction in bond purchasing. Not to repeat the anger in 2013 when markets were stunned by the Fed’s policy change and the now notorious “taper tantrum”.

Technically, in the H4 timeframe, the price can rise above the MA200 line for the second time in a month. After the first time, USDIndex was unable to hold above the MA200 as the non-farm payroll numbers missed their target. However, this time round sees the MA50 moving closer to the MA200, giving it a chance to see a crossover this week. Should it occur, it will be an important trend for the second half of the year for the US Dollar. Depending on the FOMC meeting and statement on Wednesday (from 18:00 GMT) the bullish target is now at the May high zone of 91.40 and the key support zone remains at 90.00.

EUR/USD is advancing towards 1.1900 amid upwardly revised EU final PMIs. The US dollar eases amid a recovery in the risk sentiment, in anticipation of more stimulus from the US and China. US ISM Manufacturing PMI unexpectedly dropped to 59.5.

GBP/USD is holding ground above 1.3900, as the return of risk appetite dents the US dollar's safe-haven appeal. Optimism on the covid and vaccine front underpins the pound ahead of Thursday's BoE decision. The UK Final Manufacturing PMI meets estimates.

Ethereum price flashed a sell signal, hinting at a correction after a 58% upswing. The hash rate improves after the mining community faced a debacle. ETH developers continue to evolve the ecosystem with new ideas and platforms. 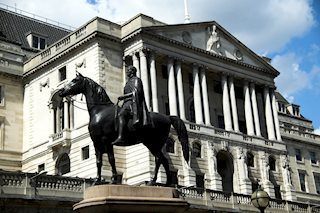