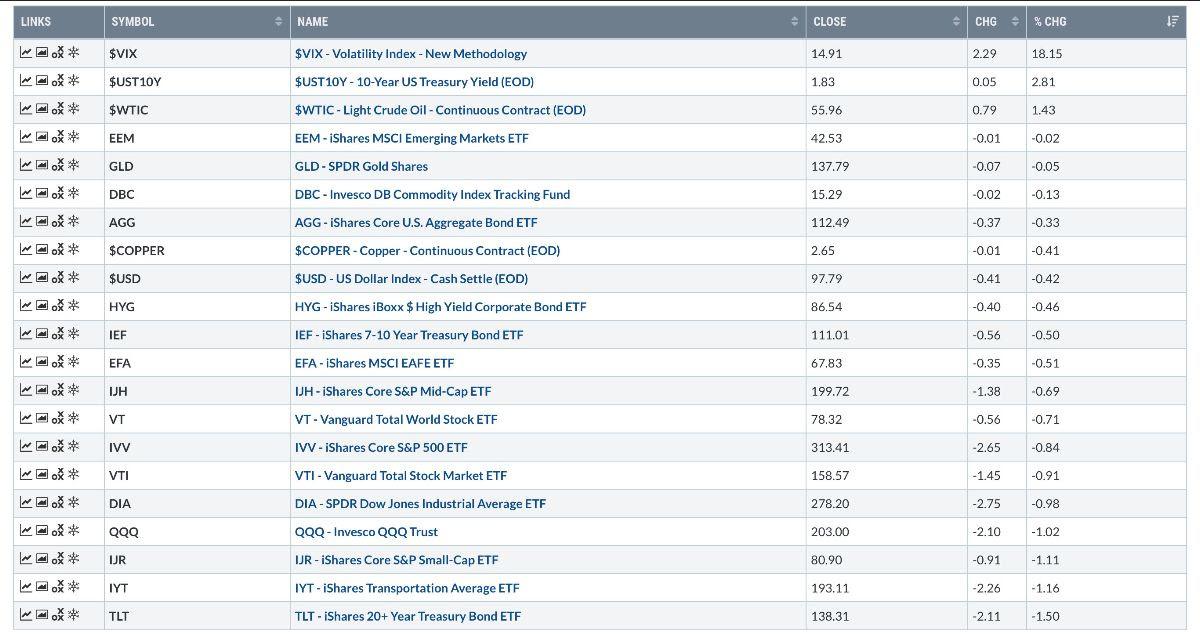 Chart of the Day: Volatility bounced off support and is back at the 200-day moving average. Is this the start of another volatility spike? With positioning so heavily short the VIX, we better hope not. 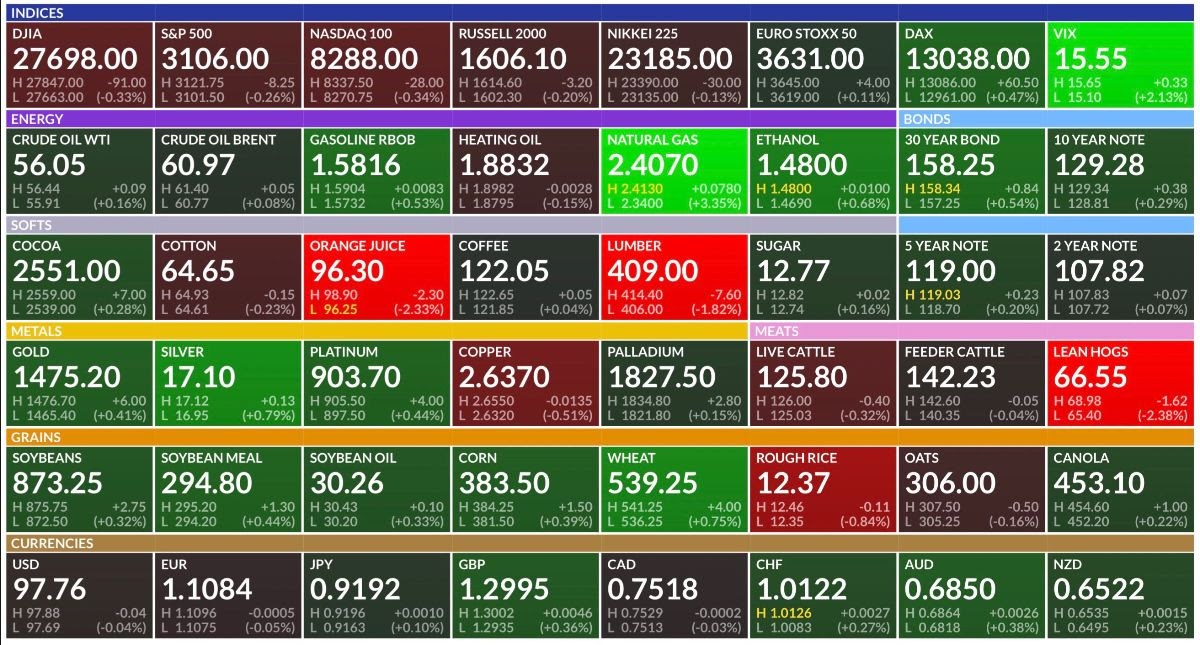 President Trump signaled he would be willing to wait for another year before striking a trade agreement with China, roiling global markets. He told reporters in London he has no deadline for a potential pact and added in some ways it's better to wait until after the 2020 election. Here's a look at what happens to markets if U.S. tariffs on China kick in on Dec. 15.

U.S. stock-futures tumbled with shares in Europe and Asia as investors weighed Trump's comments. Treasuries rose with oil and gold. The dollar was little changed. The Aussie dollar climbed after the Reserve Bank of Australia left rates unchanged and said some global risks have eased.

More trade news: China may soon name U.S. companies on a list of "unreliable entities" as it responds to what it sees as meddling in its internal affairs. A bill signed by Trump backing Hong Kong protests infuriated Beijing and another sponsored by Marco Rubio to sanction officials involved in alleged abuses of Uighur Muslims led China to speed up publication of the list, the Global Times said. This is a look at how blacklisting companies became a trade war weapon.

The NATO wrangling kicked off with Trump saying President Macron was "very disrespectful" for calling the alliance "brain dead." The two leaders meet today. Trump praised the alliance, saying it served a great purpose—a sea-change from his previous criticisms. He also promised to avoid of commenting on the U.K. election, saying he didn't want to complicate it.

In further U.S.-France tensions, their trade tiff deepened. France said the EU will retaliate if the U.S. slaps tariffs on $2.4 billion of its products, including sparkling wine, cheeses, handbags and makeup. The U.S. threat is payback for a French tax on online revenue that hits Google, Apple, Facebook and Amazon. The U.S. is also looking at digital taxes imposed by Austria, Italy and Turkey.