Inflation in the United States, as measured by the Consumer Price Index (CPI), is expected to edge lower to 5.3% on a yearly basis in July from the 13-year-high registered at 5.4% in June. The annual Core CPI, which excludes volatile food and energy prices, is forecast to retreat to 4.3% from 4.5%. 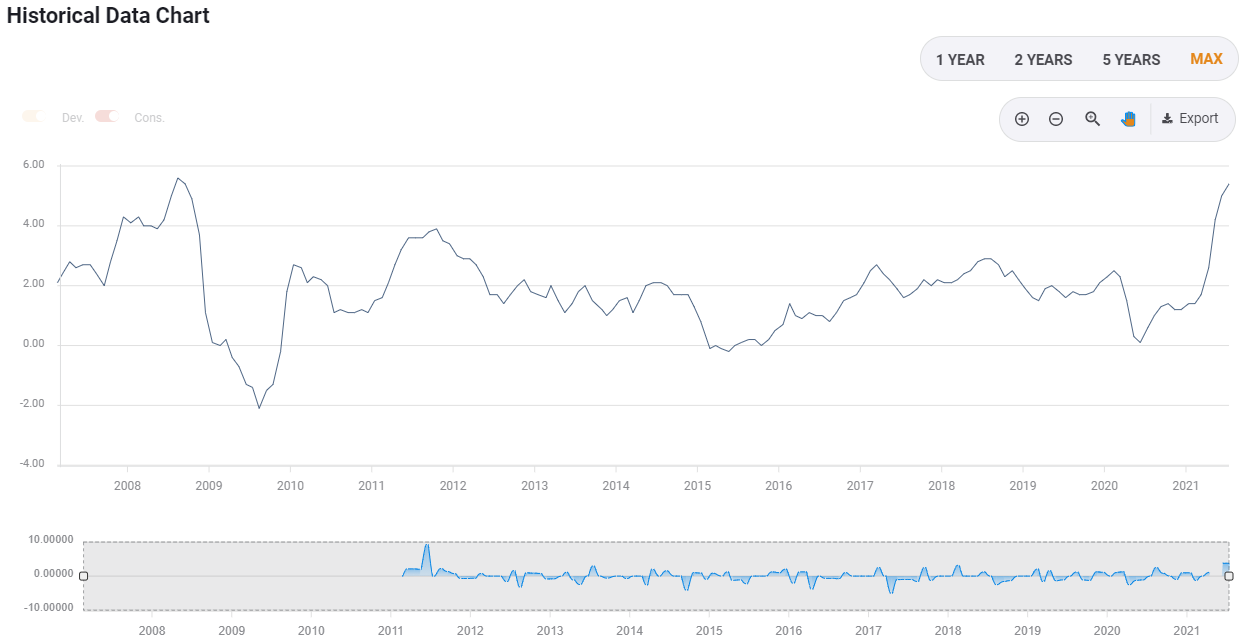 Following the latest comments from FOMC policymakers and the impressive July jobs report, investors are expecting the US Federal Reserve to start reducing asset purchases before the end of the year. The confirmation of the hawkish tilt in the Fed's policy outlook provided a boost to the greenback and the US Dollar Index climbed beyond 93.00 for the first time in more than two weeks.

In the meantime, FOMC Chairman Jerome Powell acknowledged during the monetary policy press conference that it was difficult for them to tell when inflation will move back down. "Inflation has increased notably and will remain elevated in coming months before moderating," Powell said and added that price pressures could be more persistent than expected.

Unless the CPI reading is a big negative surprise, the USD is likely to continue to outperform its rivals ahead of the Jackson Hole Symposium that will take place on August 26-28.