Federal Reserve members at the January meeting did not expect rapid progress in returning the economy to its state before the pandemic began, confirming that monetary policy will remain accommodative for the foreseeable future.

The edited minutes of the January 26-27 Federal Reserve Open Market Committee meeting avoided the most pressing question for the financial markets. How far will the Fed let Treasury rates rise before it intervenes to dampen yield appreciation?

“Participants noted that the economic conditions were currently far from the Committee's longer-run goals,” recorded the official rendering of the discussions. “Consequently, all participants supported maintaining the Committee's current setting and out-come based guidance for the federal funds rate and the pace of asset purchases.”

However, since that late January assessment bond yields have taken flight.

At the close of the December 16 FOMC meeting the 10-year Treasury was at 0.92%. By the January 27 conclave the return on this benchmark bond had gained nine basis points to 1.01%.

As the Fed is buying $80 billion in Treasuries each month perhaps it is more accurate to say the Fed acquiesced in the increase by not targeting bonds at the decade term to maintain a lower rate.

In the three weeks since the January FOMC the 10-year Treasury has added 30 basis points. The yield finished at 1.31% Tuesday before the release of the minutes. That was the highest for this commercial touchstone since February 26, 2020, before the Fed upended markets with its pandemic intervention. 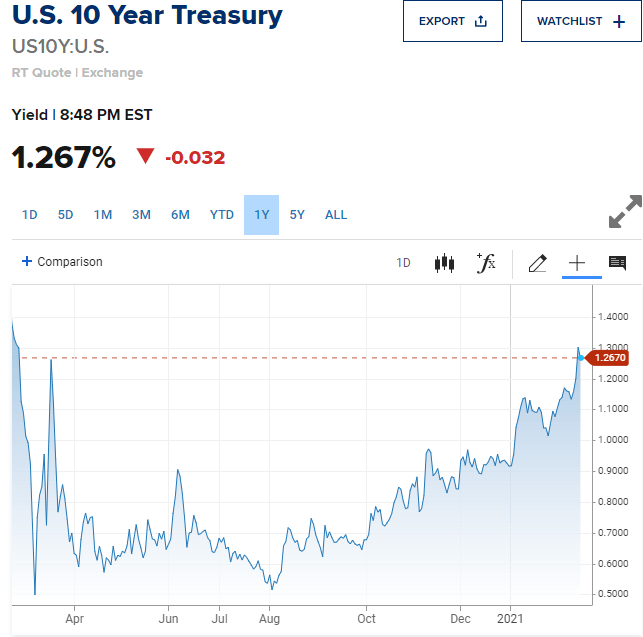 The yield retreated five points on Wednesday to 1.26%.

Whatever the governors' views on the appropriate market rates were at the January meeting it is evident that yields have not, despite the continued appreciation, reached the level that the Fed considers inimical to the recovery.

The dollar has been a modest beneficiary of the January and February rise in US interest rates. 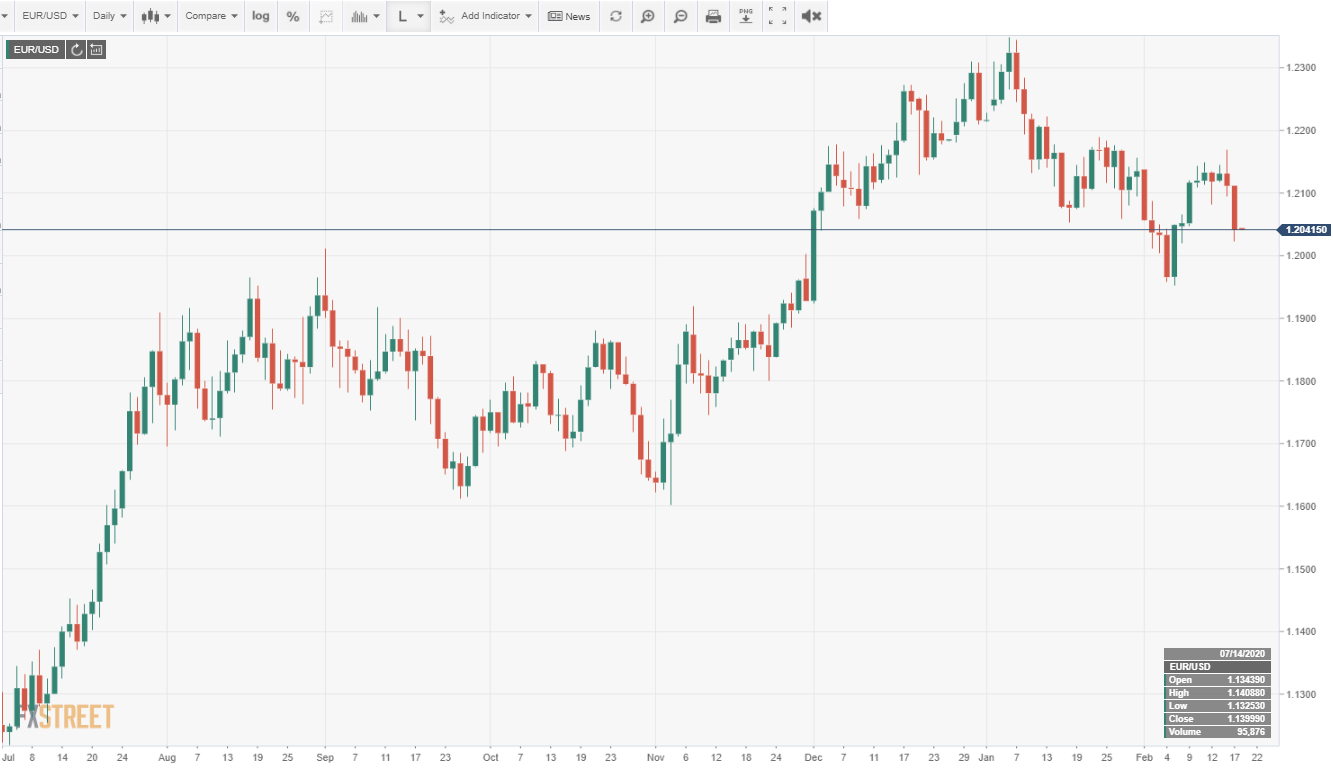 Before the January 27 FOMC market speculation thought the Fed might be seeking to define the criteria or timetable for tapering its bond purchases. When no policy change was suggested in the FOMC statement and Chairman Jerome Powell said in the question and answer after the meeting that rates would likely stay accommodative, the consideration died.

Since the January meeting, Fed officials from the Chairman down, have been united in saying that they do not anticipate any substantial policy changes until there is progress in the labor market.

The central bank's new inflation averaging policy will permit prices to run ahead of their 2% target for an unspecified time before even considering a restraining rate increase. The purpose of this new guidance was to prevent the reactive market increases in interest rates historically brought on by rising inflation.

Inflation is not the only economic signal watched by credit markets.

With the sharp increase in the commercially sensitive 10-year Treasury yield in the past three weeks, the Fed may soon have to temporize between the natural market inclination for higher rates as the economy speeds up, and its own stated goal of progress before tapering

Or maybe, the governors will choose the inflation angle, and redefine “substantial" labor market progress.

EUR/USD attempts recovery above 1.1950 as US dollar bounce fizzles

GBP/USD recovers to 1.3850, picking up fresh bids heading into the London open. The cheers the UK’s advantage of faster vaccinations and unlock guidelines to shrug off the US dollar’s bounce off late the lowest since late March.

Gold is consolidating last week’s rally to two-month highs of $1784, in the wake of the persistent weakness in the US Treasury yields across the curve.  However, gold bulls remain motivated, as China steps up bullion imports.