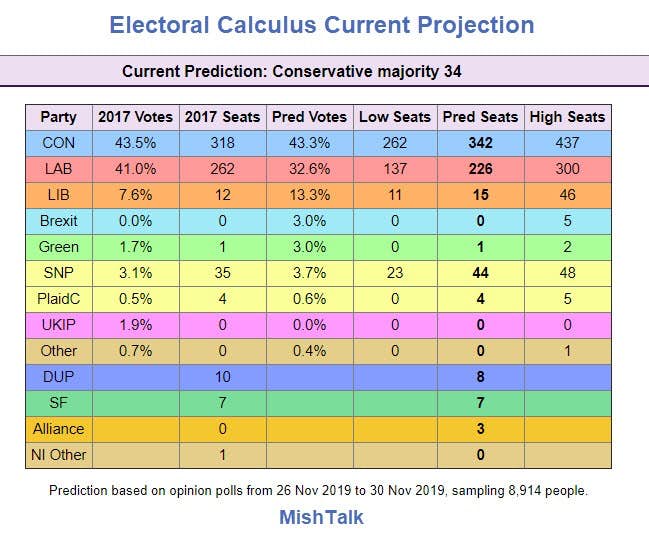 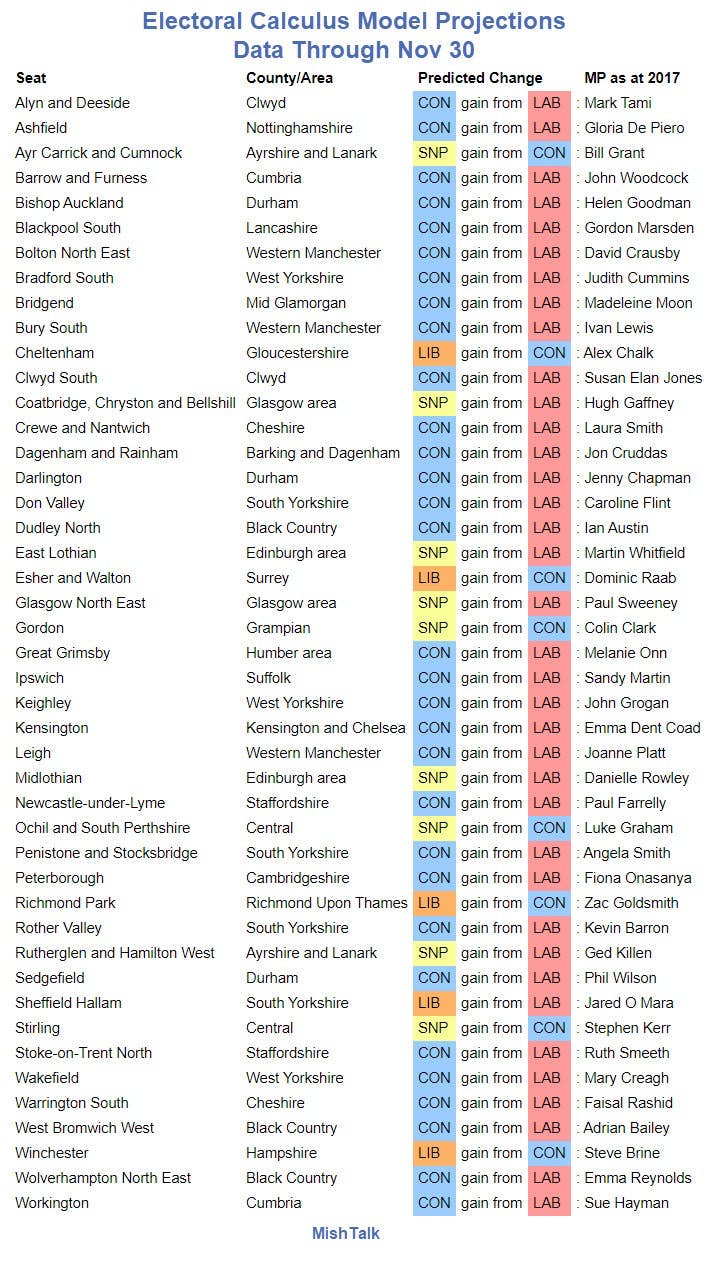 Labour does not pick up any seats in the Electoral Calculus model. It projects a 34 seat Tory majority.

Note that Electoral Calculus projects Dominic Raab will lose his seat to the Liberal Democrats.

ComRes does not offer any projections but it does have region-by-region totals that I used to feed Electoral Calculus. 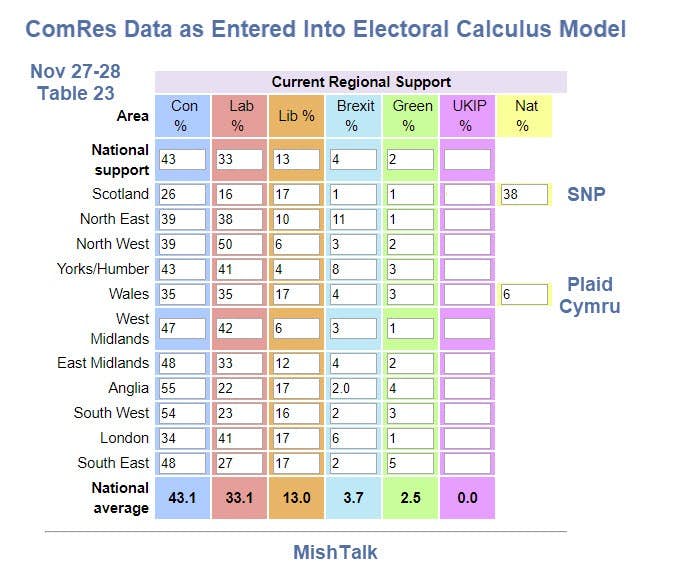 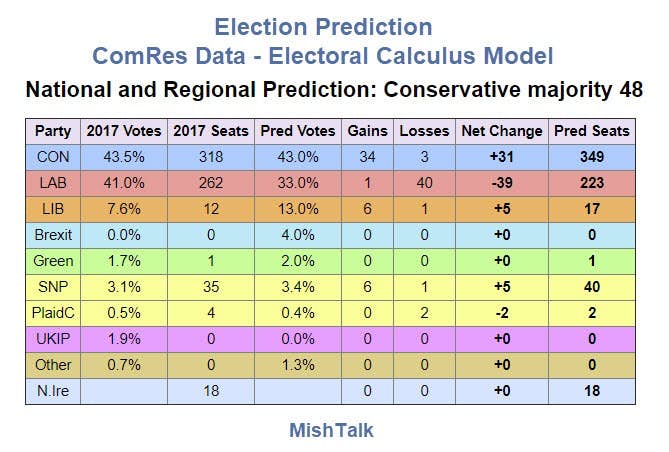 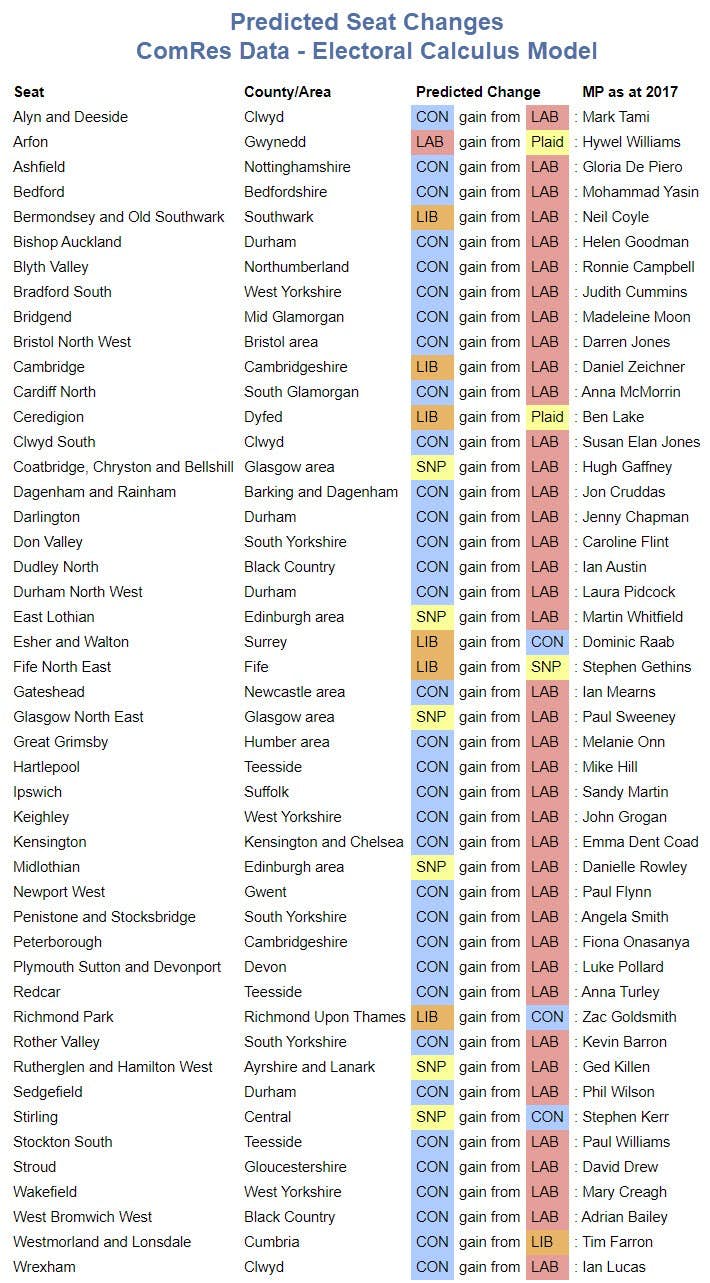 This model projects Labour will pick up one seat from Plaid Cymru while losing 40 seats elsewhere.

This model also shows Tories doing better in Scotland than most believe. I suspect that will be the actual case based on falling poll numbers of SNP. 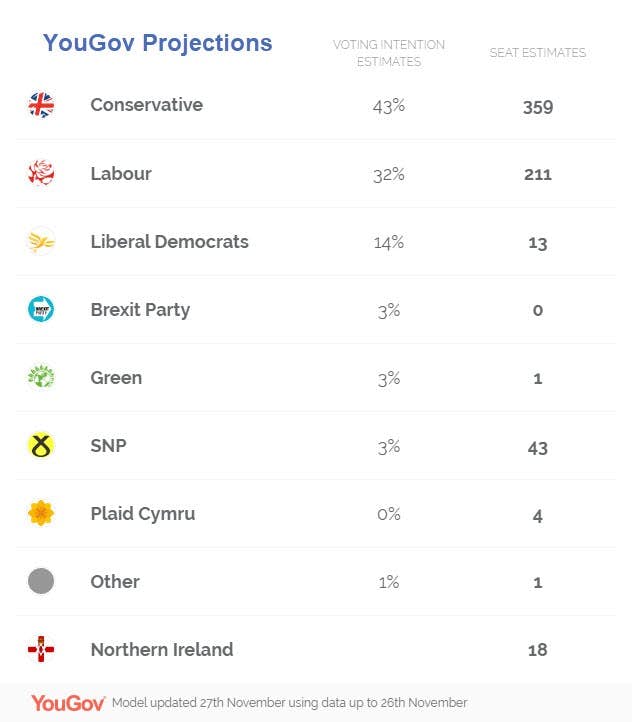 The YouGov Election Centre updates its model periodically. It provides a seat-by-set CSV-file download which I took then added some cross-check calculations.

You can download my summation of their data from my Google Drive UK Seat by Seat Projection File.

There were 8 ties. I cannot tell from the CSV file which party won the ties other than Tories 2, Labour 4, and Liberal Democrats 2.

I believe the average is about right.

Gold rebounds above $1,650 as US yields retreat

Gold gathered bullish momentum and recovered above $1,650 from the multi-year-low it touched at $1,615. The benchmark 10-year US Treasury bond yield is down over 4% on the day following the BoE's intervention in the gilt market, helping XAU/USD stretch higher.