Market Recap: The VIX popped over 8.50% yesterday, closing at 13.97. Broad markets were down across the board with the worst performer being the Transportation index (IYT). The best performing segment was International Developed (EFA) which closed down -.0.14%. The S&P 500 (IVV) finished down -0.65%.

Economic Data: Housing starts came in worse than expected, dropping -0.95% month over month. Retail sales were better than expected on Tuesday, increasing to 3.34% year over year from 2.75% the month prior. 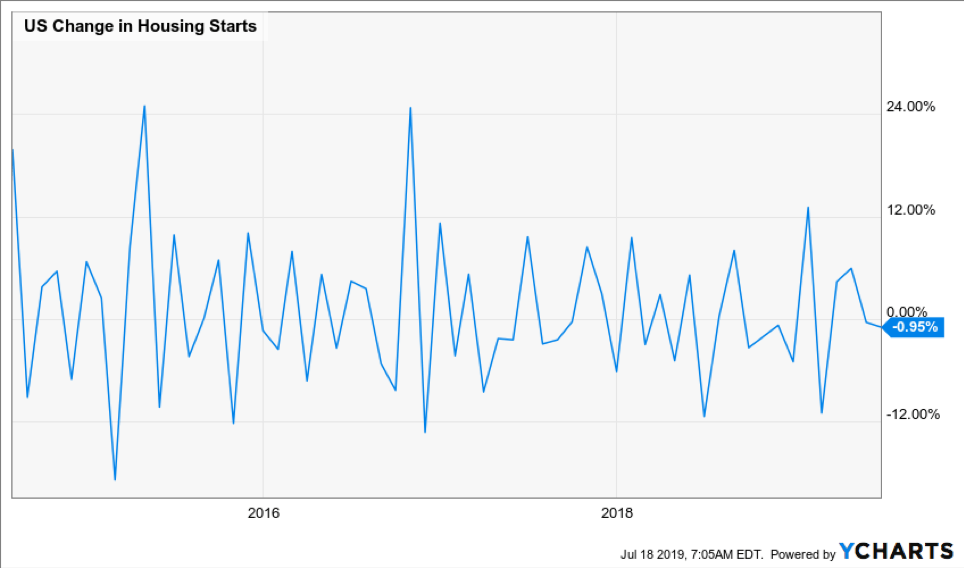 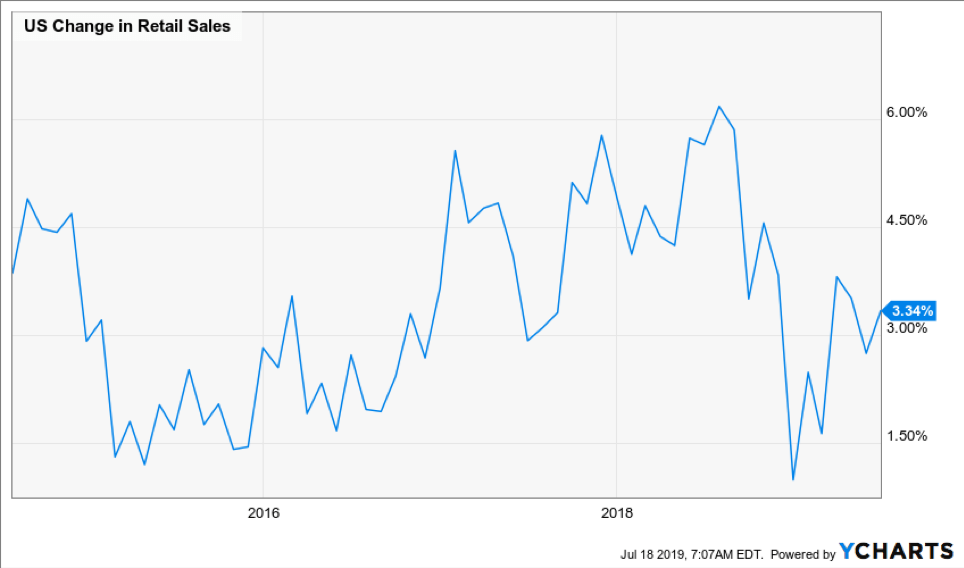 Transports: Transportation stocks have not confirmed the new highs in the S&P 500, Dow Industrials, and Nasdaq 100. This is a negative non-confirmation that could warrant caution, especially since other areas within the markets (like small caps, copper, lumber, retail, etc.) are not confirming the broad market highs. 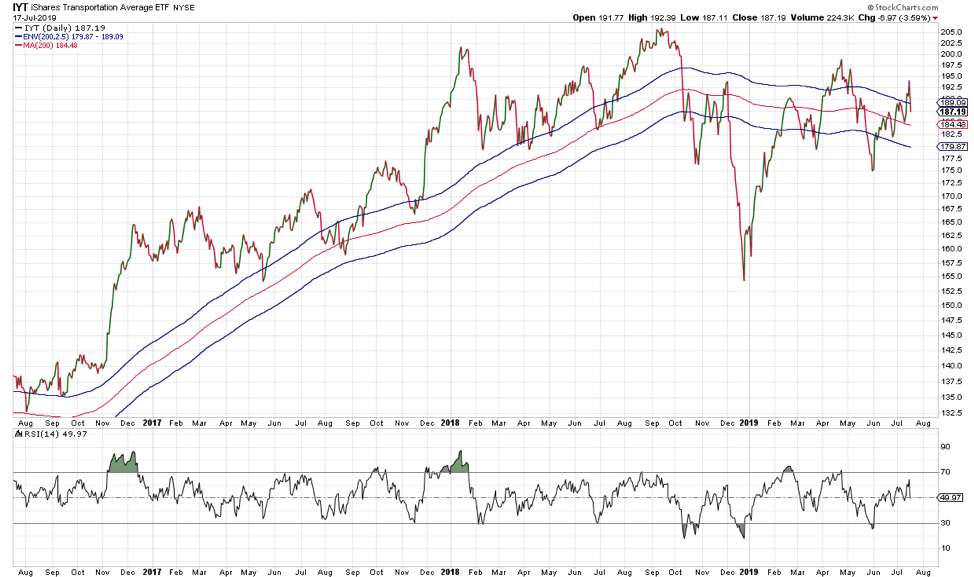 Low Volatility: The low volatility factor remains in a positive trend relative to the S&P 500. It also is one of the strongest factors we track on a year over year basis. 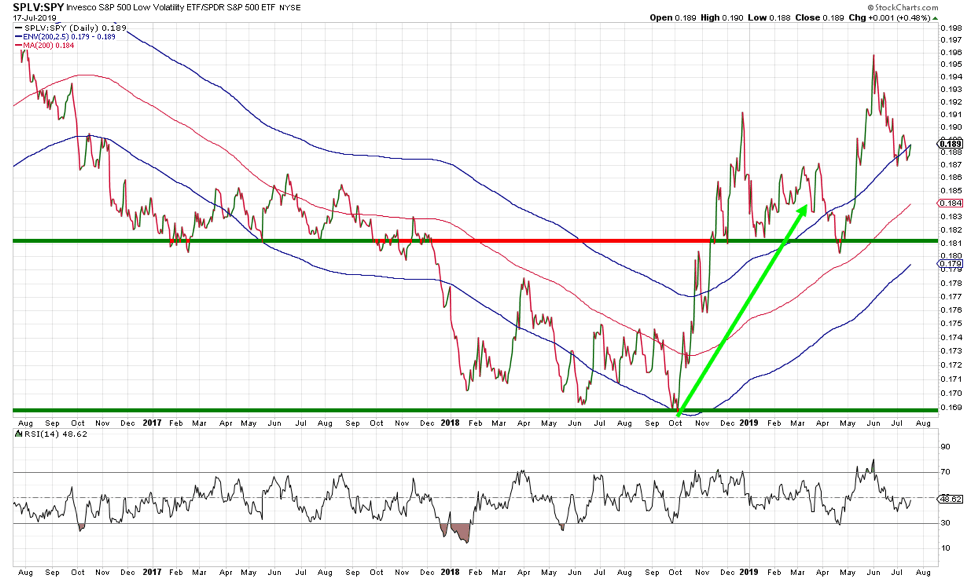 Utilities: The utilities sector was the strongest sector yesterday. Relative to the S&P 500, it is still in an intermediate term positive trend. A breakdown would imply lower volatility. A breakout to the upside would imply potential pain for broad equity markets. 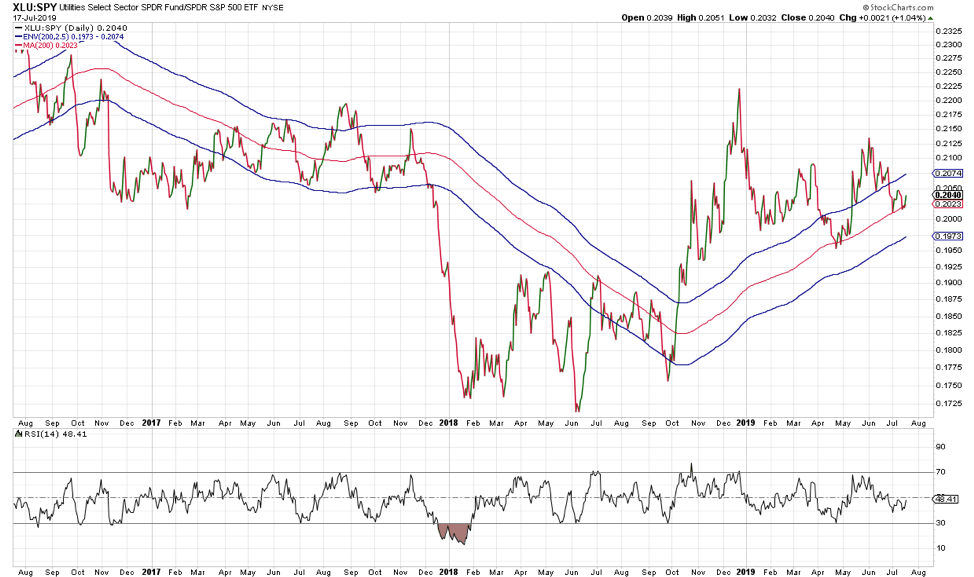 Gold: Gold has consolidated after staging an impressive multi-year breakout. The consolidation has worked to get rid of overbought conditions. Gold looks strong. It is a consensus long position in the markets, however the trend is positive. 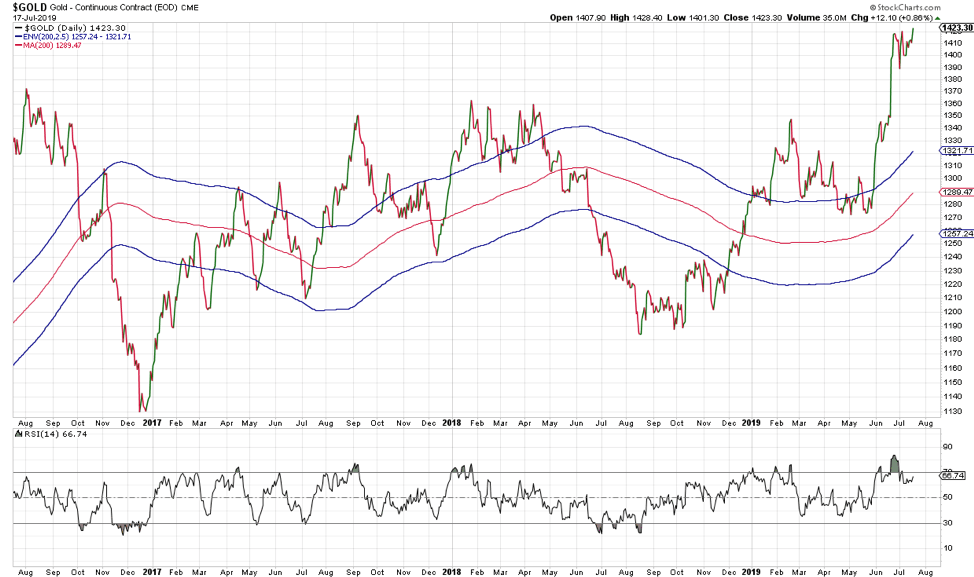 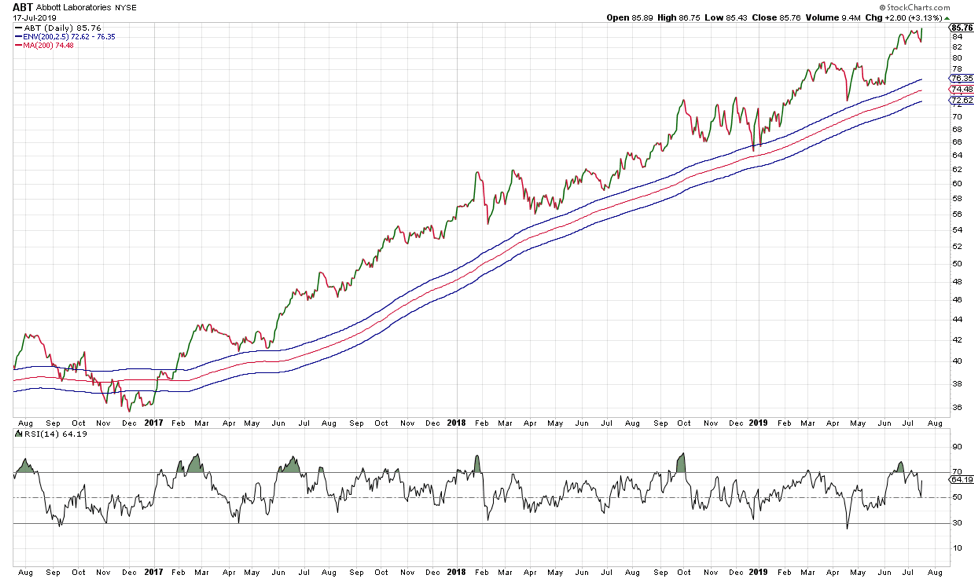 S&P 100: The top performer in the S&P 100 yesterday was Abbott Labs (ABT). It continues to make new highs and is in a strong positive trend. The worst performer was Union Pacific (UNP). It was down over -6% on the day. UNP is in a positive trend, but is breaking down. 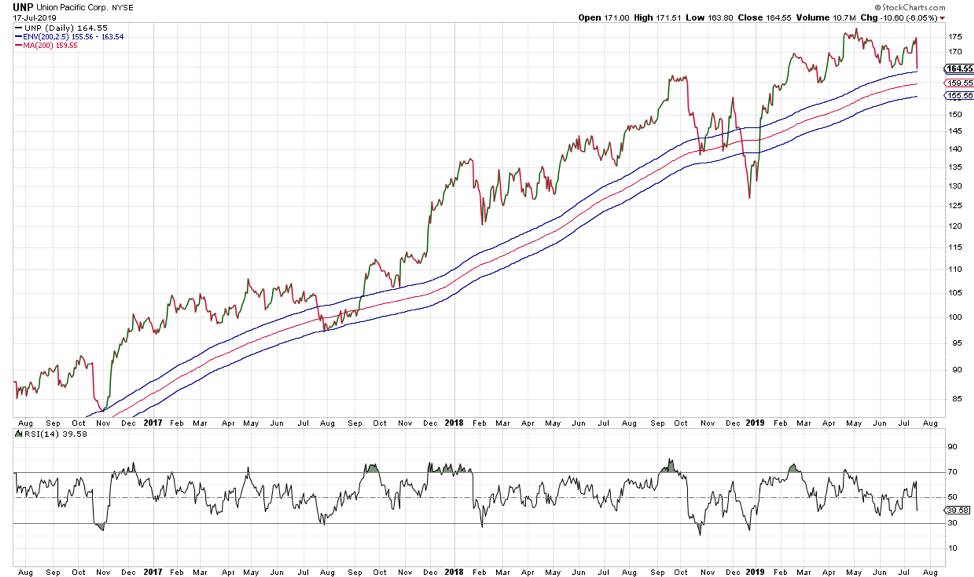 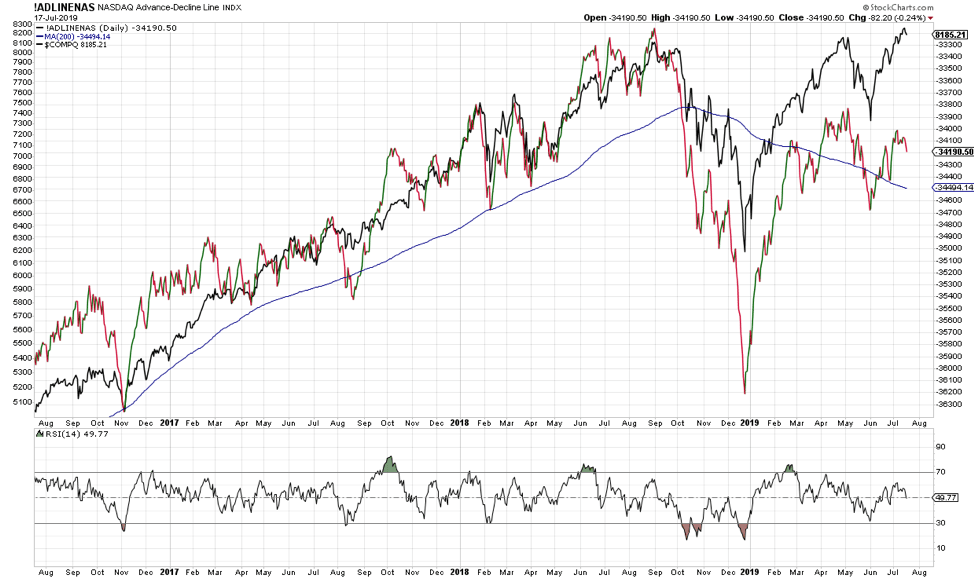 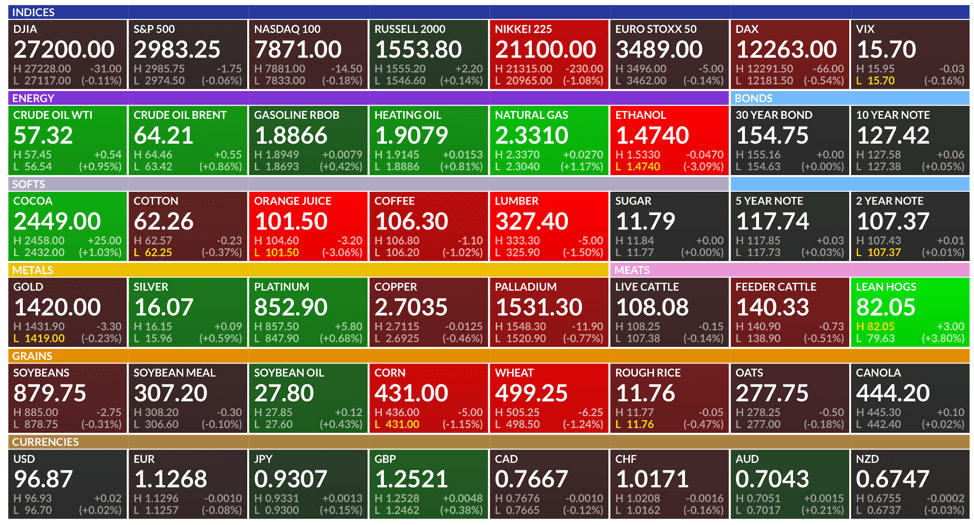 President Trump claimed to be winning the political battle with Democrats after the House rebuked him for racism. He lashed out against the Congresswomen at the center of the debate at a North Carolina rally. He upped the ante on Mexico. He'll send about 2,100 more troops to the border. Up to 1,000 will be from the Texas National Guard and about 750 will help the Department of Homeland Security.

The House held Wilbur Ross and Attorney General William Barr in contempt of Congress for refusing to hand over documents during the tussle over a citizenship question on the census form. The chamber joined the Senate in defying Trump by voting to block arms sales to Saudi Arabia and then repealed a tax intended to fund the ACA. But it rebuffed a bid to impeach him over his tweets.

Morgan Stanley faces a higher bar for stocks trading when it reports pre-market after Goldman's beat and a jump in fees at Bank of America, Bloomberg Intelligence said. Comments on market-share gains in equities will be key as Deutsche Bank pulls back. UnitedHealth just reported, boosting its full-year earnings forecast more than expected after second-quarter adjusted profit beat the highest estimate.

Microsoft reports after the close and it's all about subscription-based products as PC growth stagnates. The results may get a boost from Microsoft 365, the cloud-based bundle. But SAP's cloud business hit a bump, with bookings growth slowing, sending shares tumbling as much as 10% in Frankfurt. TSMC shrugged off a smartphone slump to say second-quarter net beat estimates.

U.S. equity futures dropped alongside European and Asian benchmarks on concern about the earnings outlook and trade. The dollar slipped, Treasuries were steady and the yen strengthened to a three-week high. Gold was in the negative. Nickel powered higher on the LME and oil slid.