Market Update: Stocks closed the day higher as the S&P 500 ETF (IVV) closed higher by 0.14%. The 10-year Treasury yield fell 6 basis points and bonds and gold moved higher in response. Copper and oil were the laggards, dropping -0.68% and -0.61% respectively. 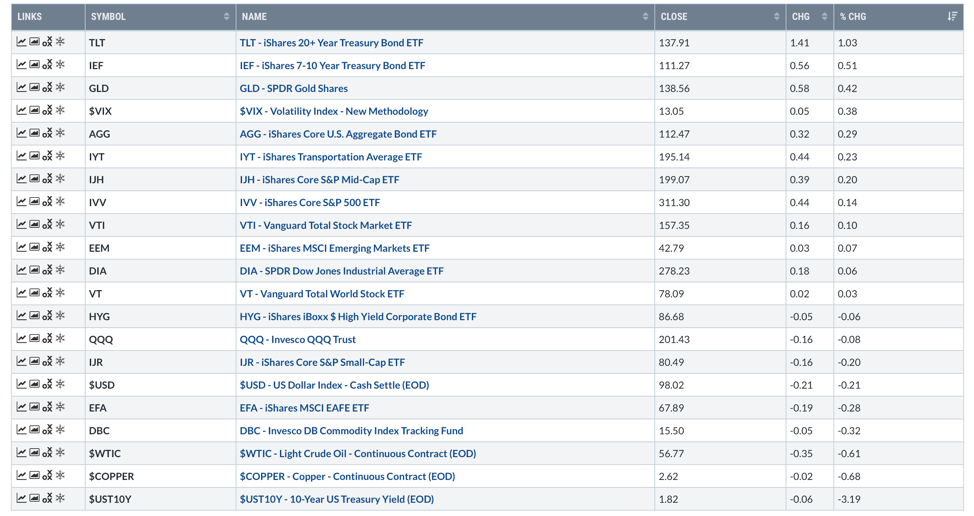 Economic Data: Producer prices dropped to 1.11% year-over-year. This continues to reiterate the growth and inflation slowing data we have witnessed since late 2018. 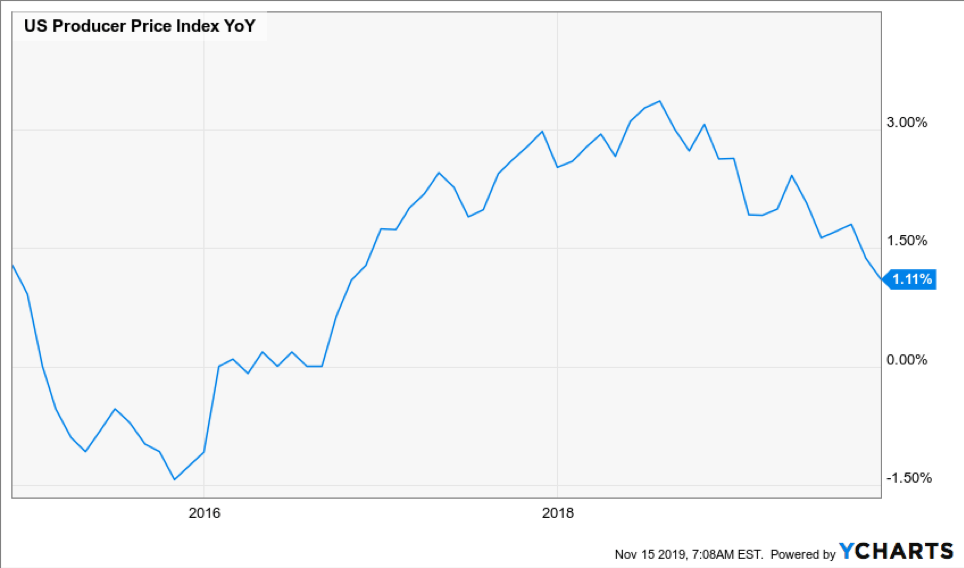 Long-Term Treasuries: Long-term Treasuries (TLT) moved higher by over 1% yesterday. The TLT ETF remains above its upward sloping 200-day moving average. Bonds continue to consolidate after making all-time highs in September. It is our opinion that if growth continues to slow, interest rates will move lower and bond prices higher. If growth accelerates to the upside, then we would expect bond prices to break down and interest rates to break out.

Volatility: The VIX volatility index bounced off support at 12 to move higher this week. It closed yesterday back above 13. Interestingly, the VIX has bottomed and the market has topped (temporarily) the last two times the VIX tested 12. Will it breakdown and send the market higher? Or will the VIX rally causing a major short covering rally in volatility?

Copper: Dr. Copper is not believing the economic acceleration narrative. In fact Copper remains in a negative trend, having failed to rally above its 200-day moving average and break out to the upside. Copper is suggestive of the notion that the economic recovery we are seeing is isolated to Europe and not being driven by global manufacturing. Global manufacturing PMI closely correlates with copper prices. Therefore, a move higher in copper would indicate a potential move higher in global manufacturing and an ensuing resurgence of economic growth. A breakdown would indicate a continued slowdown.

Chart of the Day: Cass Freight Index-Shipments: The Cass Freight index has retested the lows and is deeply negative on a year over year basis. This is not encouraging from an economic growth perspective as the bounce we saw earlier has been completely reversed. 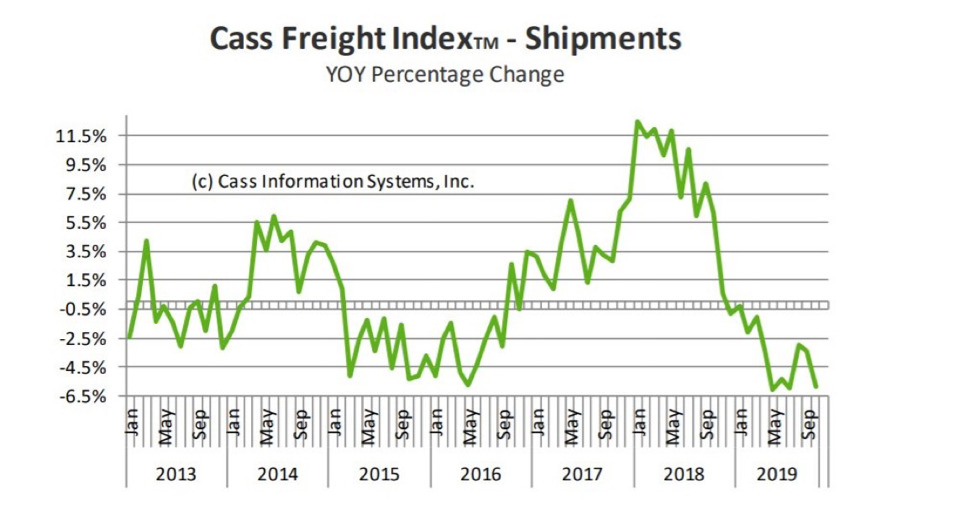 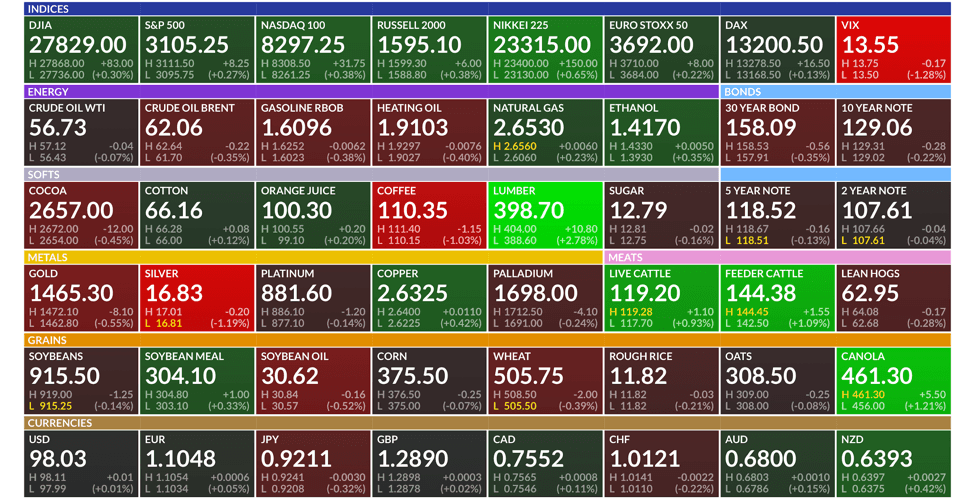 First-phase trade deal talks are coming down to the final stages, though it's "not done yet," President Trump's economic adviser Larry Kudlow said. A possible damper: Chinese soybean companies bought only about five cargoes from the U.S. this week, people familiar said, a fraction of what was expected. Meanwhile, multinationals keep investing in China even after Trump called on U.S. firms to look elsewhere.

Hong Kong's government predicted a recession and threatened "more decisive measures" to end violence as demonstrators took to the streets again. Tension was heightened by a scuffle involving the city's justice secretary in London and the second protest-related death in the city in a week. In Washington, the Senate moved to speed passage of a law that would support the protesters and anger Beijing. Follow our Hong Kong Update.