Market Summary: Markets were closed yesterday in recognition of Dr. Martin Luther King Jr. Can stocks pick up where they left off with further gains this week? Last week, small caps led the way with a gain of 2.81%. Transports followed close behind with a gain of 2.78%. The S&P 500 gained 1.97% and continued to set records. 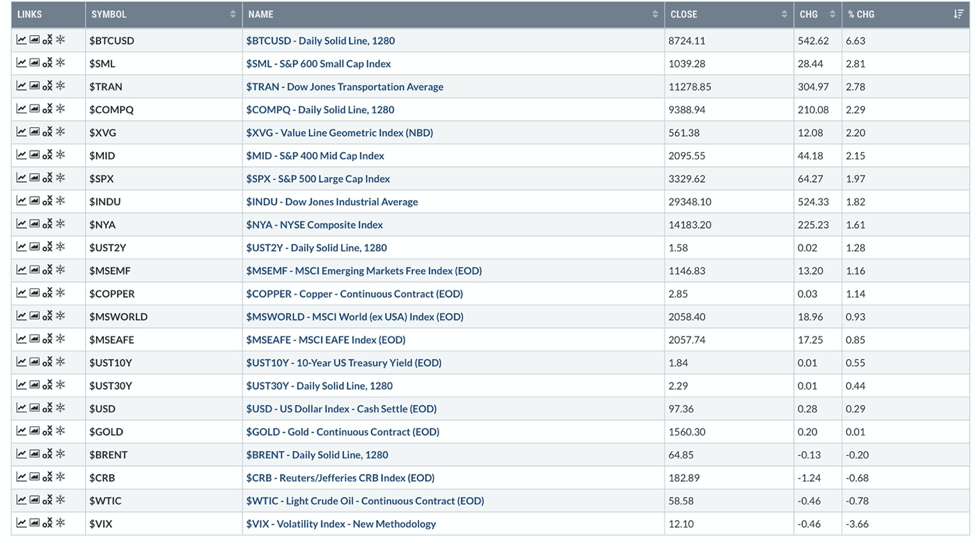 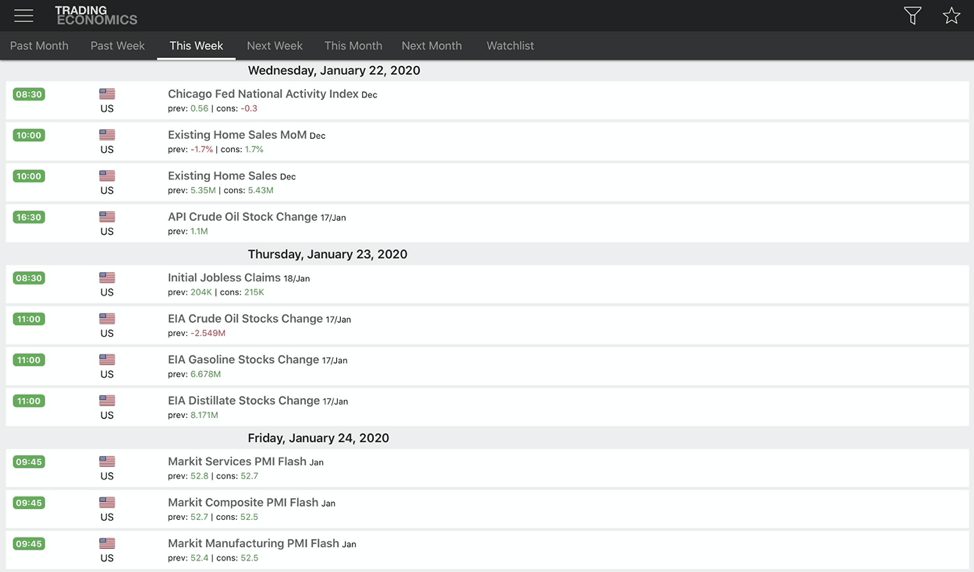 Transports Breaking Out?: The Dow Industrials average broke to new highs last year, leaving the transportation index in the dust. Transports finally broke above the 2019 highs and important resistance. The index is still below the 2018 high, but the recent move is encouraging. The negative non-confirmation still exists for traditional Dow Theorists, as transports have not broken to new highs to confirm the all-time highs in industrials. Nevertheless, the trend is positive for both indices. 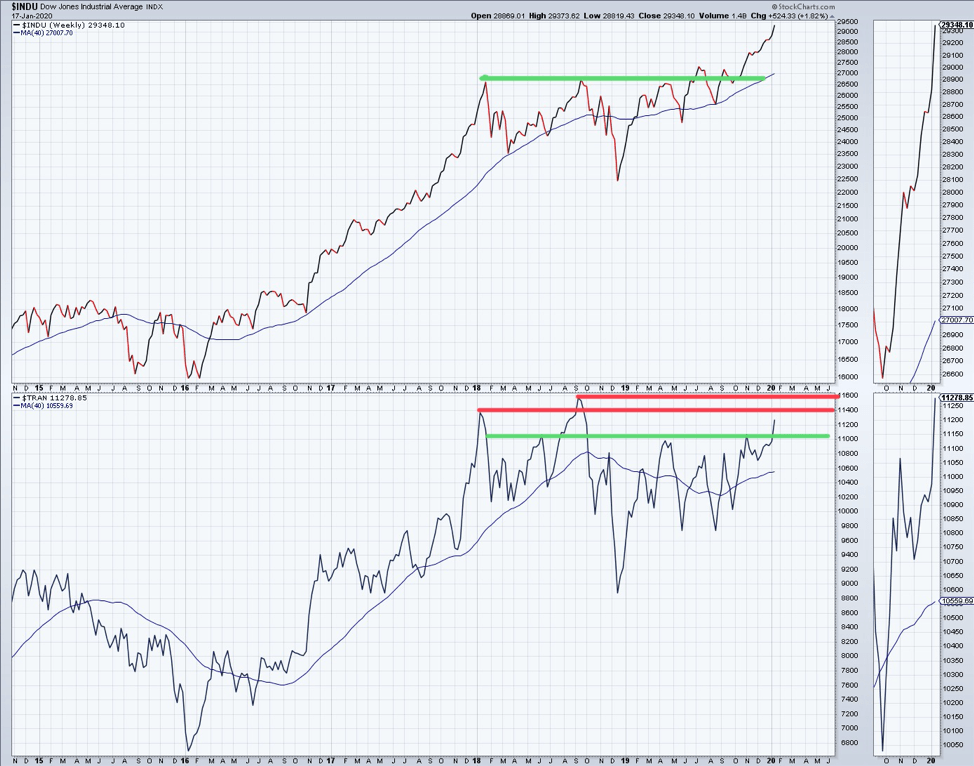 Corporate Profits vs. S&P 500 Price: The investment landscape today reminds me of the late 1990's through the early 2000's. Take corporate profits for instance. Stock prices have surged, despite a flattening out of profits. In fact, it is amazing how much this relationship has decoupled over the last few years. The rally in stocks is completely disconnected from traditional fundamental underpinnings at this point. Hopefully, profits will surge and play a little catch up to stock prices. We sure don't want the alternative. 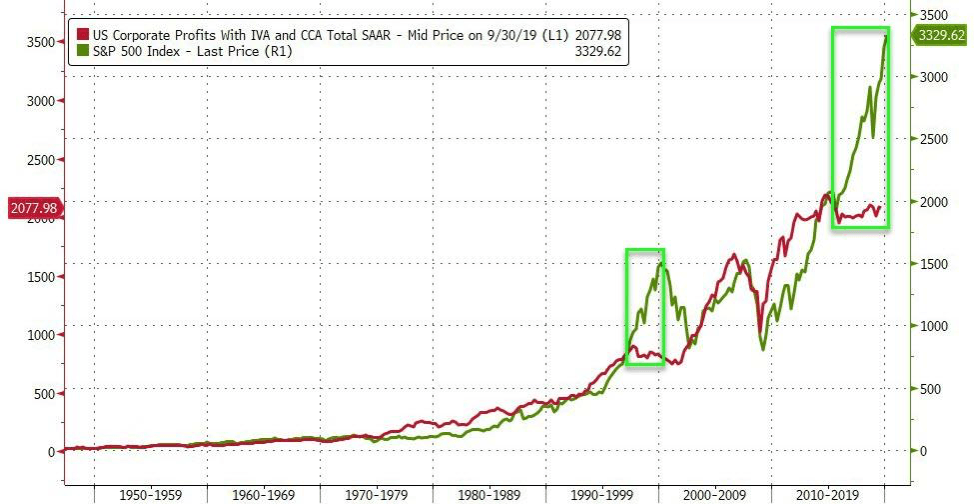 Job Openings: The domestic economic slowdown that started in late 2018 for the U.S. is starting to show up in employment data. Job openings have tanked on a year-over-year basis, suggesting that pressure is building underneath the labor market. 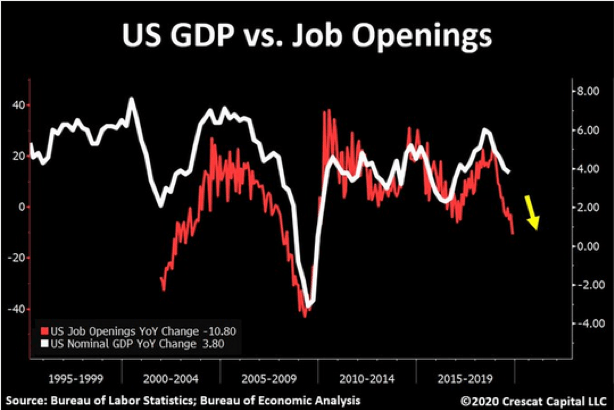 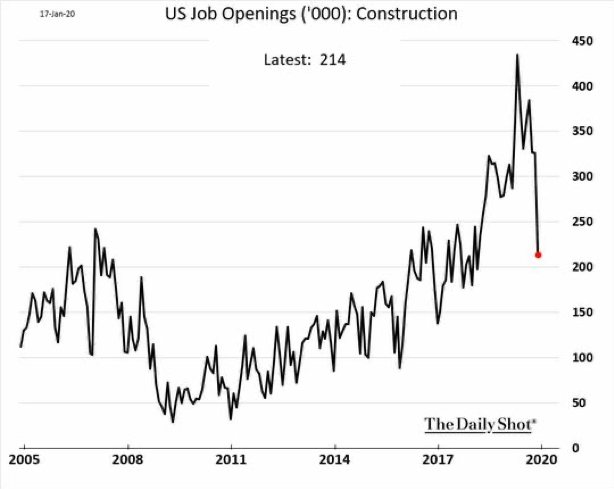 Chart of the Day: Trouble brewing in Venture Capital? 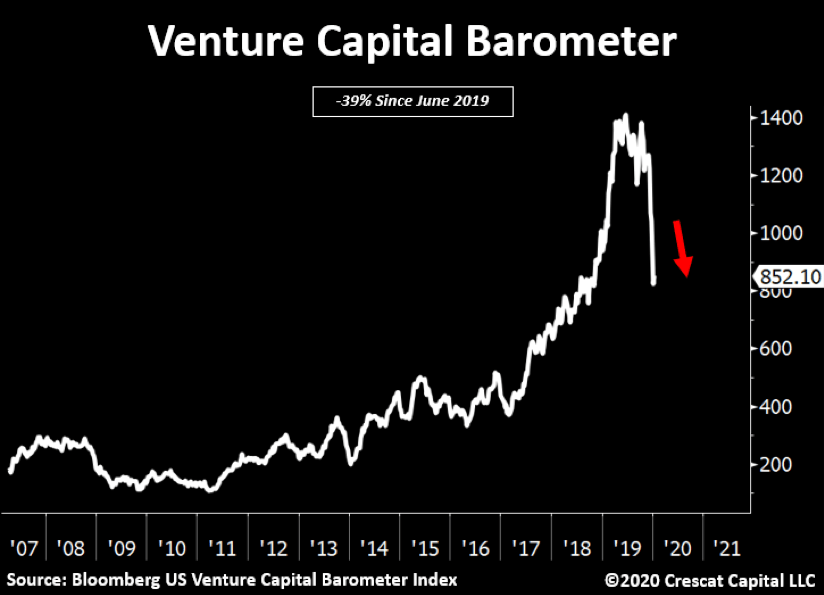 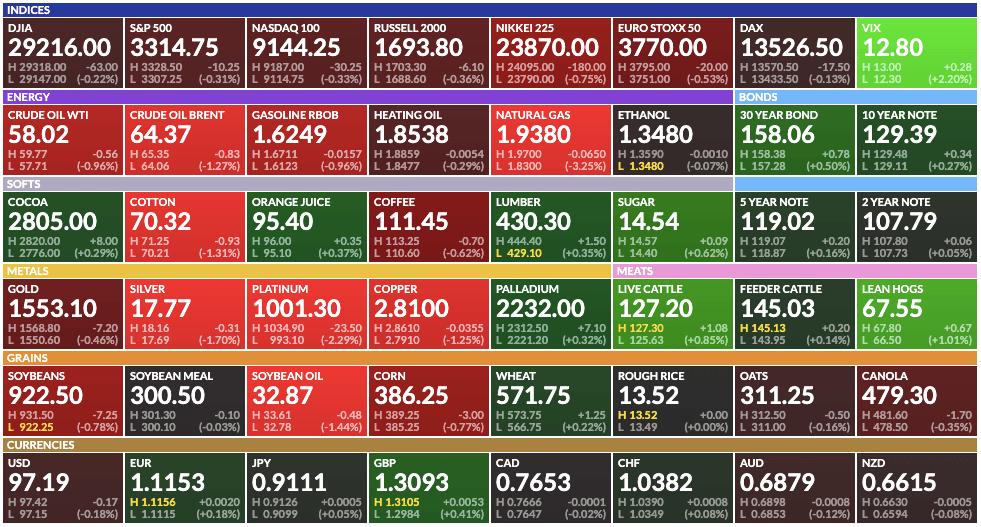 China coronavirus claims sixth victim as holiday travel heightens infection risks. The death toll from the coronavirus outbreak in China climbed to six as authorities reported a surge in new cases, with fears that hundreds of millions of people traveling for the Lunar New Year holiday will accelerate the infection rate.

Huawei CFO's legal team to contest U.S. extradition in day 2 of Canada hearing. Huawei Chief Financial Officer Meng Wanzhou is set to return to a Vancouver court, where her lawyers will build on their arguments against the U.S. extradition request that they say is based a sanctions violation and not bank fraud.

Trump calls for more overseas investment in U.S. as impeachment trial begins. Thousands of miles from his Washington impeachment trial, President Donald Trump took centre stage at Davos to tout the success of the U.S. economy, while criticizing the U.S. Federal Reserve.