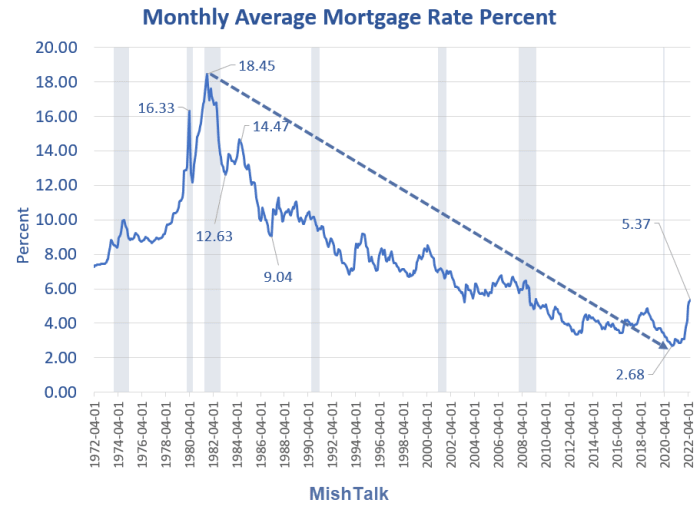 Moreover, one cannot get anything close to that rate now. That's a Freddie Mac weekly average rate from early June and it is very stale. 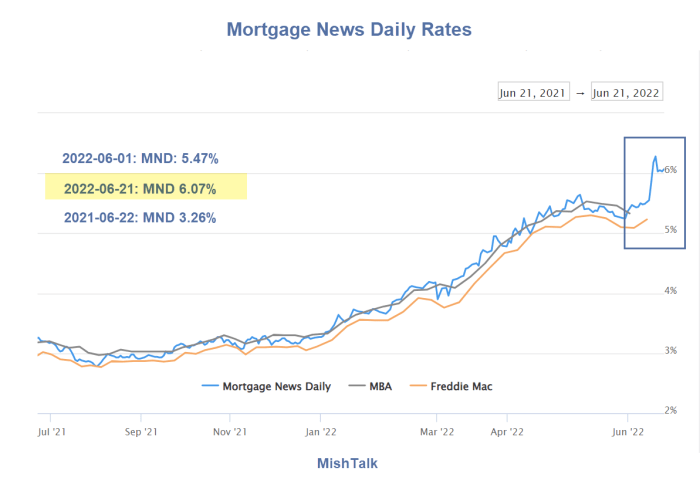 According to Freddie Mac, the annual average commitment rate across all of 2021 was 2.96%. Rates have now doubled.

New home sales have peaked this cycle and the bottom is nowhere in sight. 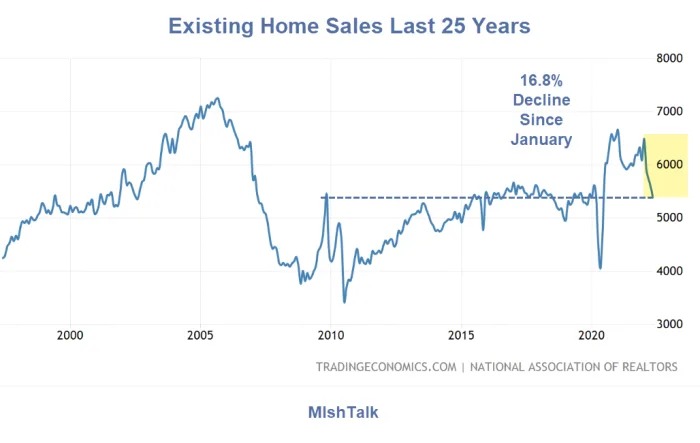 Existing Home Sales Skid Another 3.4 Percent in May

Existing home sales declined for the fourth month in May. Sales are down 16.8 percent since January.

Expect sales to get worse, much worse.

For discussion, please see Existing Home Sales Skid Another 3.4 Percent in May, Down Fourth Month

Note that the Seventh Largest US Importer Cuts Shipments in Half, Shipping Rates Crash

With mortgage rates up 2.7 percentage points this year and doubling from the average for 2021, this bust is just getting started and with it the demand for goods.