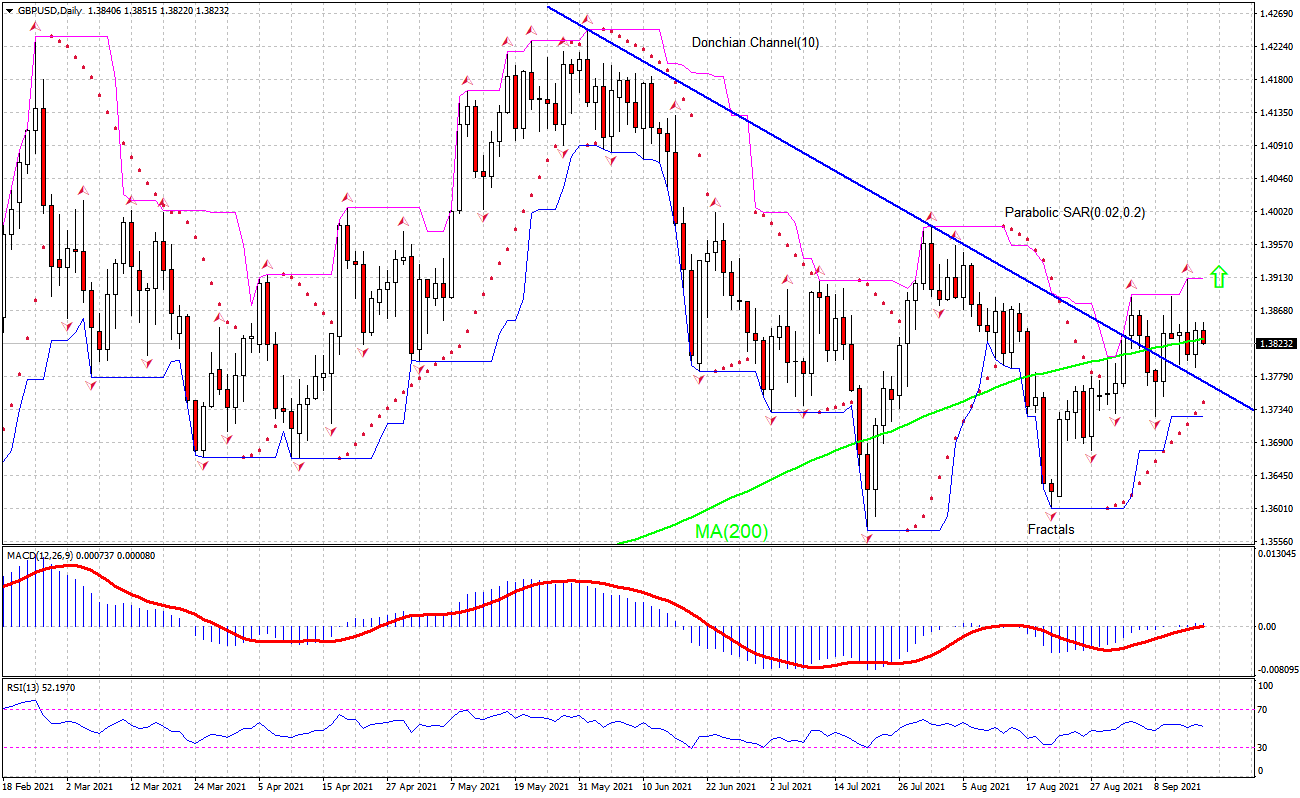 The technical analysis of the GBPUSD price chart in daily timeframe shows GBPUSD,D1 is testing the 200-period moving average MA(200) after breaching above the resistance line. We believe the bullish momentum will continue after the price breaches above the upper bound of the Donchian channel at 1.3912. A level above this can be used as an entry point for placing a pending order to buy. The stop loss can be placed below 1.3744. After placing the order, the stop loss is to be moved to the next fractal low, following Parabolic signals. Thus, we are changing the expected profit/loss ratio to the breakeven point. If the price meets the stop loss level without reaching the order, we recommend cancelling the order: the market has undergone internal changes which were not taken into account.

UK’s inflation rose more than expected in August. The Office for National Statistics reported UK consumer price index jumped to 3.2% over year in August, the highest since March 2012, from 2% in July and above market forecasts of 2.9%. AT the same time the number of people claiming unemployment benefits in the UK declined by 58.6 thousand in August following a 48.9 thousand fall in July. It is the sixth consecutive monthly decline. These are bullish developments for GBPUSD.

Trading signals with a probability of 80% by Autochartist.