GBPJPY is finally testing September’s resistance region of 141.85 after finding enough strength to breach the 140.30 ceiling that kept the bulls in check over the past two months.

The positive momentum in the MACD and the rising RSI, which has still some distance to cover before touching a support-turned resistance line, suggest that there is some bullish fuel in store. Yet, to keep this optimism alive, the red Tenkan-sen line at 140.70 and the area around 140.30, where the 20-day simple moving average (SMA) is converging, may need to hold firm.

Should the price close above the 141.85 border, the spotlight will turn to the topline of the active upward-sloping channel seen around 143.00. A clear move beyond the latter could open the door for the 2020 highs registered around 144.50, while slightly higher the 145.60 – 146.00 zone may also attract special attention.

In brief, GBPJPY is sending encouraging short-term signals near the important 141.85 resistance level. A successful violation above this point, could bring the 143.00 mark into view, while a drop below 139.00 is expected to trigger fresh selling orders. 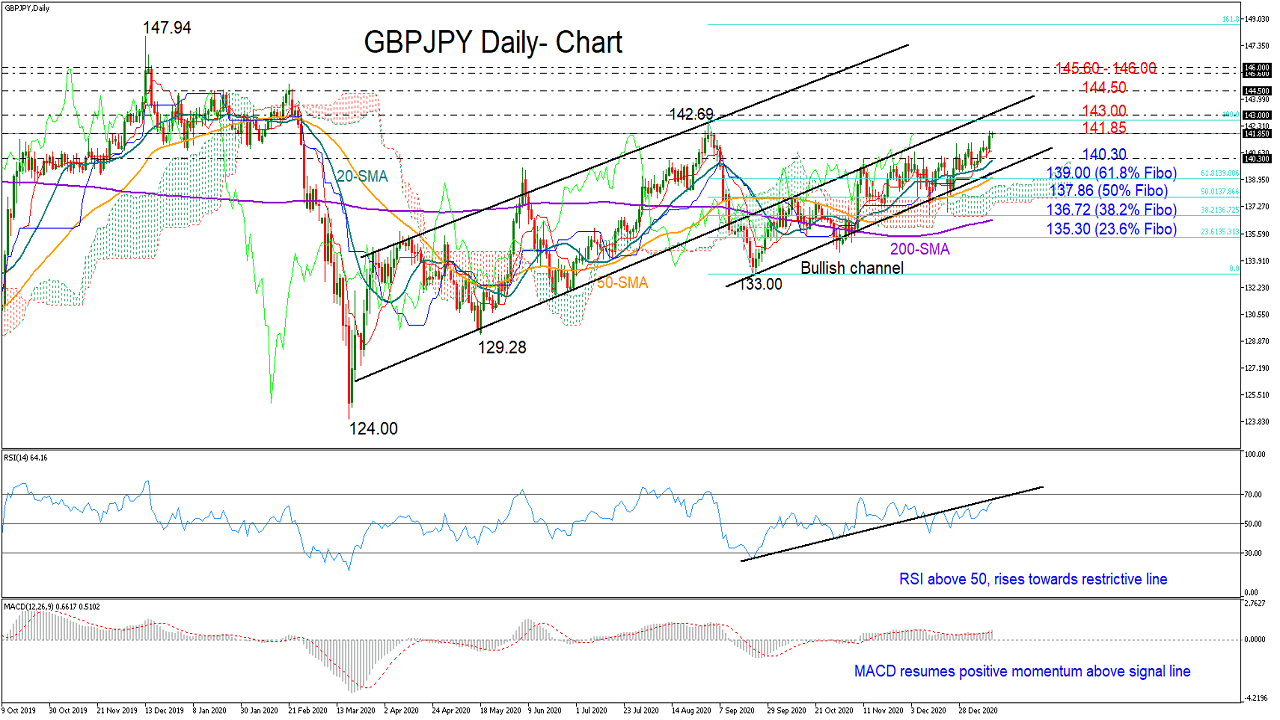