Real estate activity in Spain rebounded sharply in 2021 following a drop in 2020 due to the health crisis. The number of housing transactions exceeded 674,000 last year, the highest level since 2007. Even so, this was nearly 30% below the 2006 peak.

Demand is still buoyed by historically low borrowing costs and a rising number of Spanish households. As a result, house prices rose significantly in 2021 (at annual rate of 3.7%), maintaining the rapid pace of the past six years (average annual growth of 4.6% between 2015 and 2021). House prices are still nearly 10% below the peak of summer 2007 according to the Spanish statistics bureau (INE), but they have been rising at a rapid pace, and much faster than household revenue growth.

The new housing law that took effect last February aims primarily at strengthening the framework for rent and tenant rights, which is a good thing. Yet the law does not directly address the core problem of house price inflation, which is making it difficult for part of the country’s population from getting on the property ladder, notably young people. 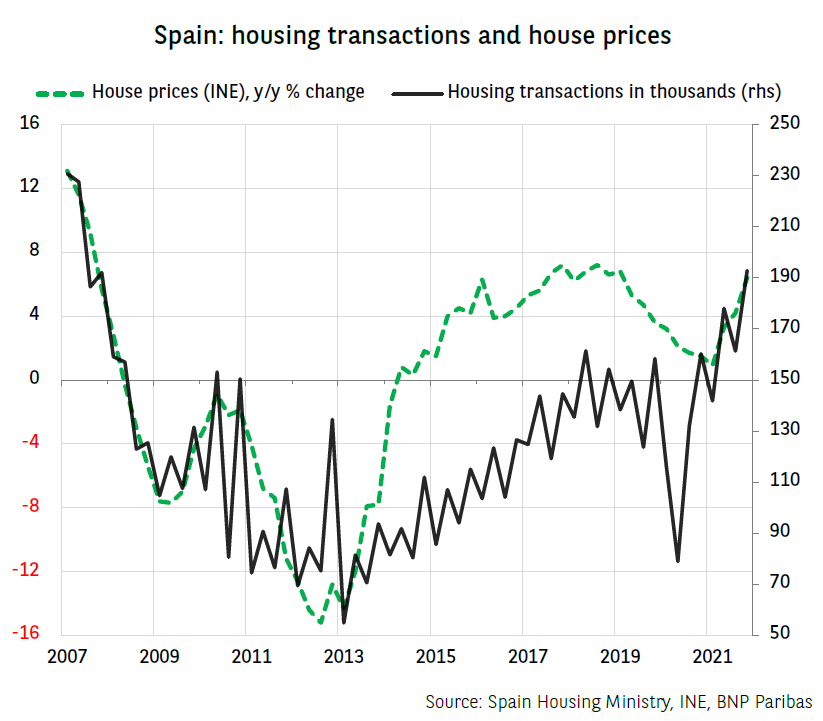