As far as I can tell, this is about as clear a picture of the road ahead, that the RBA can muster? A more open debate of RBA performance is essential for a healthy economy and society.

In Australia, the RBA(?) is adamant there will be no rate hikes until 2024. The reason, it has said so before, would seem to be the only one.

Inflation has clearly broken into a higher range, and the real driver of inflation, the 'freedom of pricing' now enjoyed from the corner store to the global corporation continues unabated. Yet, still the RBA clings to some forlorn hope that inflation is transitory. Possibly, believing so, as this is what the US Federal Reserve also mistakenly thinks. Just as we created a bond buying program the nation did not need, seemingly because the US Federal Reserve did so.

Having worked around the world and always been a student of global economies and central banks, I can say plainly, that Australia's RBA seems to enjoy a bizarre lack of critique within the economics community here. In other countries, even in Japan, and certainly in the USA and UK, the central bank is discussed openly in critique and the central bank itself listens to such discussion. This is the basis of how all human groups move forward. In Australia, however, the economics community, to some degree driven by the banking community, tends to pay tribute, rather than contribute valuable critique when appropriate.

The RBA does not get it right all the time. It, like all central banks, makes mistakes. Such as raising interest rates three times after the GFC had started, the only central bank to do so, and then having to cut rates dramatically in a belated panic. Such errors can do tremendous damage to the economy and society of a nation. Errors in monetary policy are nothing new, but many can and are avoided through active discussion and debate across banking, investment and academic circles in other countries. There is a need in Australia, for the good of us all, including the RBA, to more actively partake in the discussion on monetary policy. To put future monetary policy in a locked box, to deny flexibility, as the RBA has done with its 'no rate hikes until 2024' fixation, is to risk untold damage in the years ahead.

To come late to the party in addressing inflation, is the most historically classic of errors any central bank can make. Urgent debate in Australia on this very topic is now required.

Any delay, will inevitably and unavoidably result in far more strident, larger, and more persistent rate hikes in the future, than would otherwise have been necessary. The RBA must at all times maintain its flexibility of decision making and look forward through as clear a widescreen as it can, to a world that is specifically about Australia, as well as our regional setting. The Bank of Korea has already lead the way in Asia in seeking to nip the inflation challenge early by raising rates. We need our RBA to be considerate of such action also.

To not raise rates as some kind of popularity contest within the investment community and among mortgage holders, could bring far greater damage to those very people in coming years. We all like and enjoy low interest rates, but runaway inflation is not something any of us should choose to allow out of the box.

The answer may not be an immediate rate hike from the current crisis settings, but the flexibility to raise rates, if necessary, in 2022, 2023, must be maintained for any responsible stewardship of our nations economy to endure. 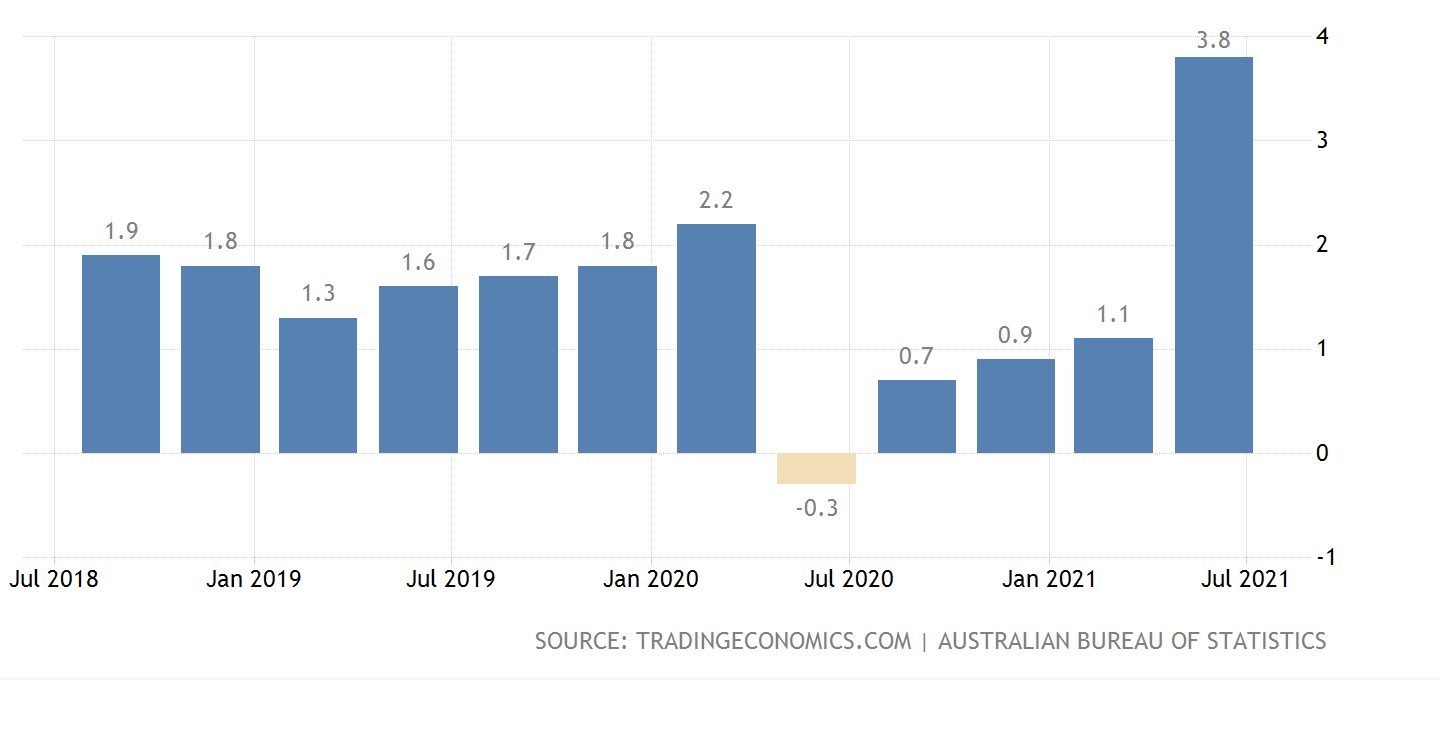