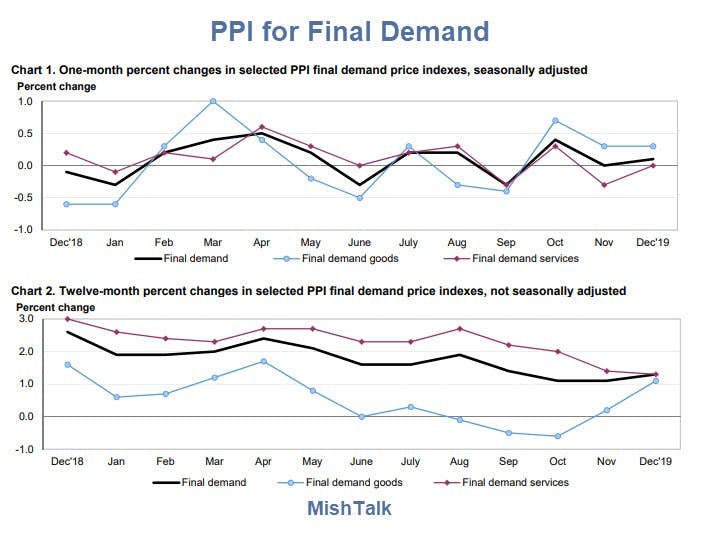 This morning the BLS released its report on the Producer Price Index for December 2019. 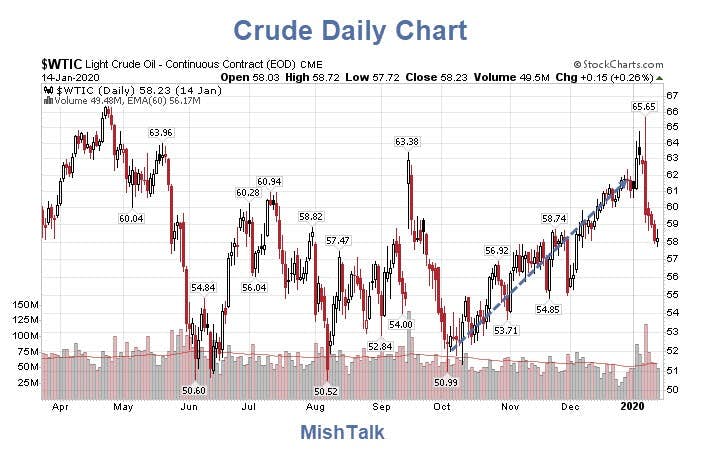 Despite a 21% rise in the price of crude between October 1 and December 31, the PPI could gain no traction. 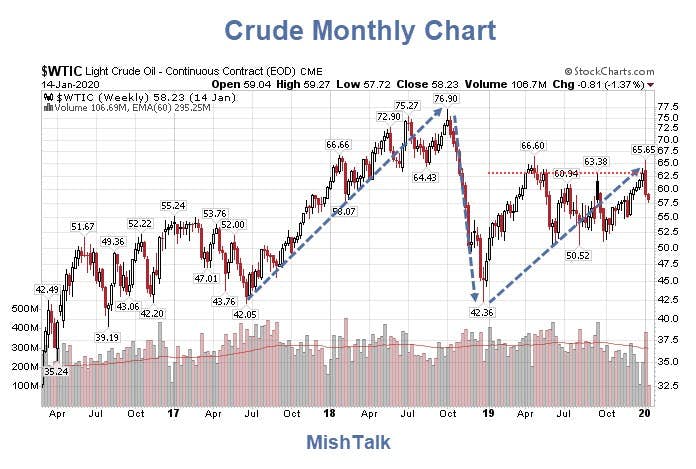 Other than energy, there has been little commodity inflation at the producer level. And services have had no traction since of July of 2019.