Recent NZD strength has been on two things. Firstly optimism surrounding Moderna's positive COVID-19 vaccine trials. Secondly, when Governor Orr stated on Tuesday, May 19, that he does not see the RBNZ using negative rates 'at this point'. These two factors boosted the Kiwi as traders unwound some of the short term bets on negative interest rates from the RBNZ. Some of these bets had come from the RBNZ's last rate decision earlier this month where a Deputy Governor's Bescand had told banks to be ready for negative interest rates by ‘year-end'. That was the FX response, but rates (bonds) traders have taken a different view. The two-year swap fell on Wednesday and did not rally higher with the NZD. The swap rate is keeping a downward bias in place for the NZD. If you look at the chart below you can see the 2-year bond rate in white and the NZDUSD price in blue. Normally these two should move in tandem. The divergence tells you that something is amiss. 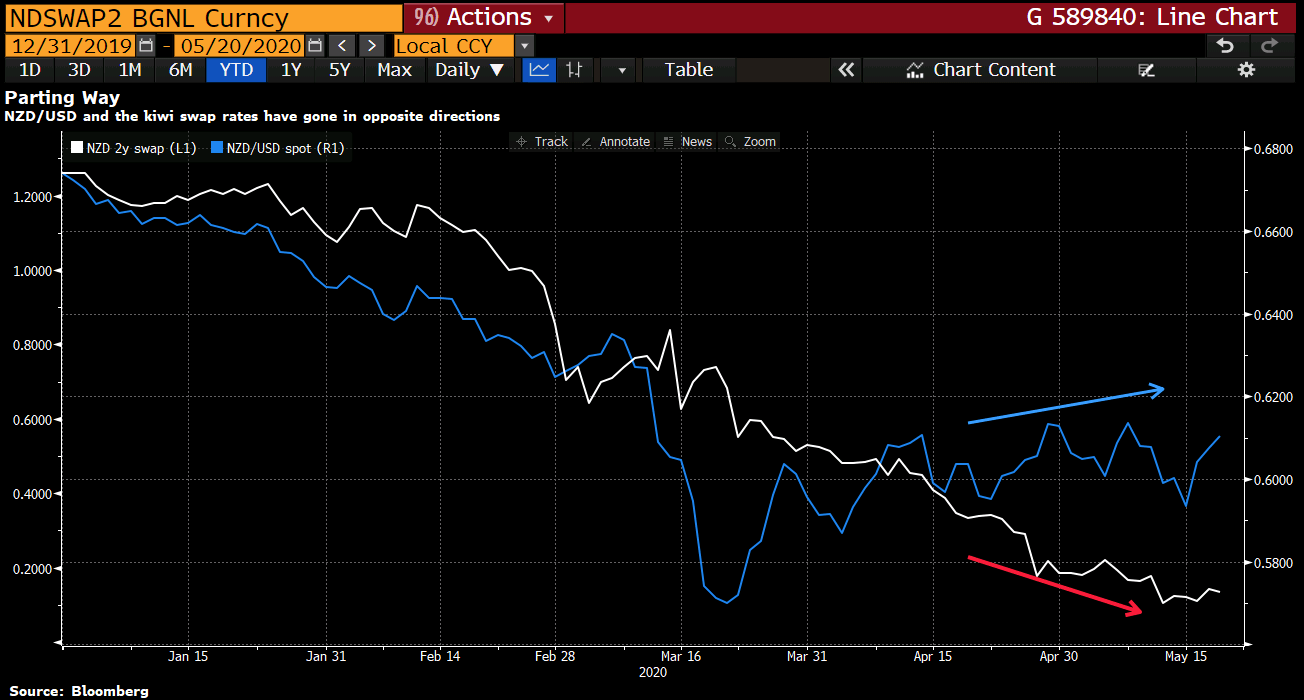 The Bloomberg piece has rates traders as the soberest traders (as is usually the case) given:

One area that might call this into question could be the early start-up of New Zealand's economy when they exited around the end of April. Therefore, the chances of NZD getting a headstart on the rest of the world are high. Furthermore, with the optimism around the COVID-19 vaccine from Moderna it may be that a 'V' type recovery does, in fact, play out. These two points would argue against bond trader positioning and favour more NZD upside. At any rate, these are the main factors to consider in mapping the path of the NZD.