The Decline of the New Zealand Dollar against the US Dollar continued during yesterday's trading session. The currency pair depreciated about 30 base points during Wednesday's session.

As for the near future, it is likely that the NZD/USD exchange rate makes a retracement towards a resistance level formed by the 100-hour simple moving average at 0.6577.

However, the currency exchange rate could encounter a resistance line set by the upper boundary of a downtrend line at 0.6567. 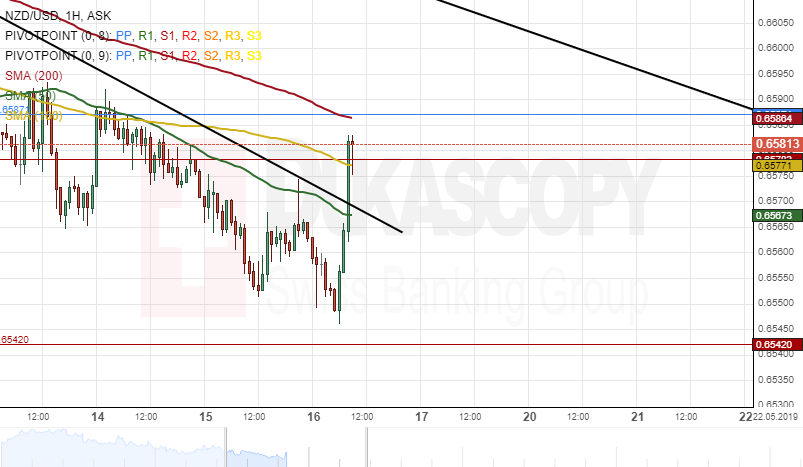