“It is not China’s aggressive foreign policy that is the source of the disturbance in the capital markets, but its aggressiveness at home as it asserts over control parts of the tech sector and toughens its anti-trust efforts.” – Marc Chandler.

Treasuries have led European bonds higher, as stock markets remain cautious ahead of the FOMC announcement. Risk aversion continues to dominate as virus developments cloud over the outlook for growth in the second quarter. Also, China’s regulatory clampdown spooks investors.

In FX markets: The USD Index lifted out of a 13-day low, while EURUSD concurrently ebbed back towards the 1.1800 level, down from yesterday’s 13-day high at 1.1841. The Dollar remained comparatively softer versus the Pound, which rallied across-the-board yesterday as markets reacted to the sharp drop in Covid cases and the IMF’s sharp upward revision in its UK growth forecast for 2021, which, to recap, it expects at 7.0% and would mark the joint fastest growth out of the major advanced economies. Cable settled just off Tuesday’s 13-day peak at 1.3895. AUDUSD was heavy, AUDJPY also managed to hold above its Tuesday lows after a sharp decline yesterday and USDCAD ebbed back to the upper 1.2500s after yesterday’s short-lived foray above 1.2600, which left Friday’s peak at 1.2608 unchallenged. 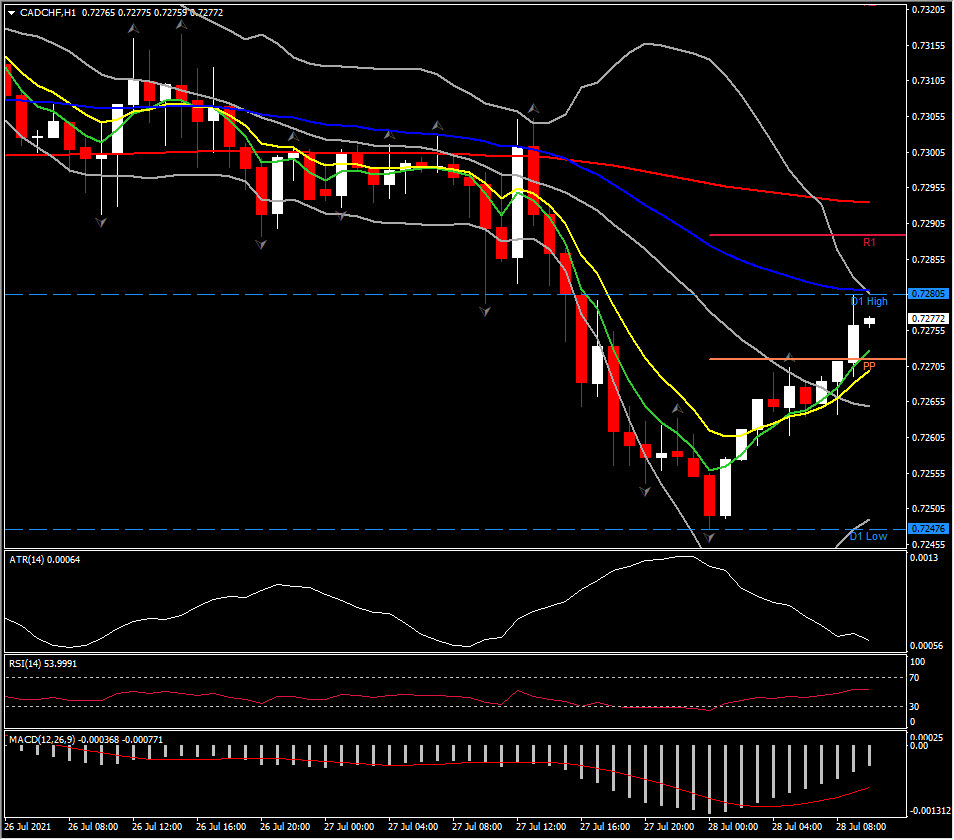