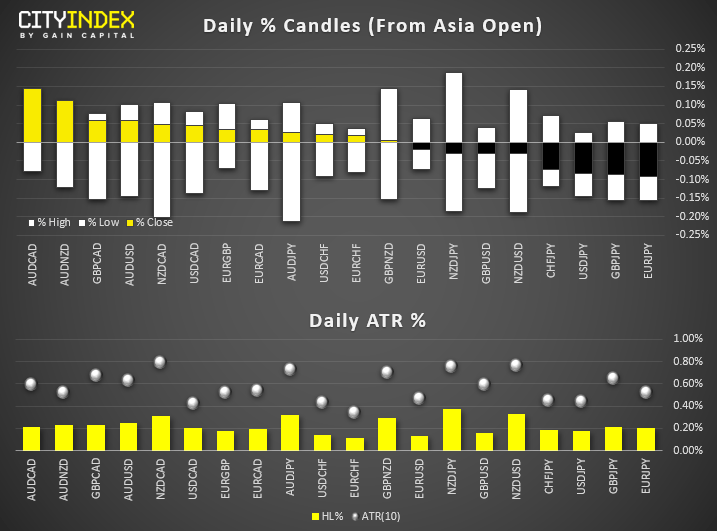 The Japanese yen is the strongest major on reports that China and US may not sign a deal until December. Unless of course this gets pushed further back, which appears to be China’s game. Although the latest potential venue could be London.

Manufacturing confidence hit a 6.5 year low according to the Reuters Tankan survey, whilst their service sector fell to a 3-year low. With a fourth consecutive month of contraction under its belt, it remains in stark contrast to the BOJ’s ‘official’ Tankan survey, which remains optimistic.

All majors traded lower against JPY with a few yen pairs breaking key support levels to suggest a risk reversal is on the cards. Due to soured trade talks being the driver, it was commodity currencies (AUD and NZD) took the bigger hits and moved around 85% of their 10-day ATR.

DXY briefly touched a 3-week high yet, with the 50-day eMA overhead, could see a pullback prior to an anticipated breakout. AUD/USD touched a 6-day low and NZD/USD extended its decline from its broken trendline outlined yesterday. 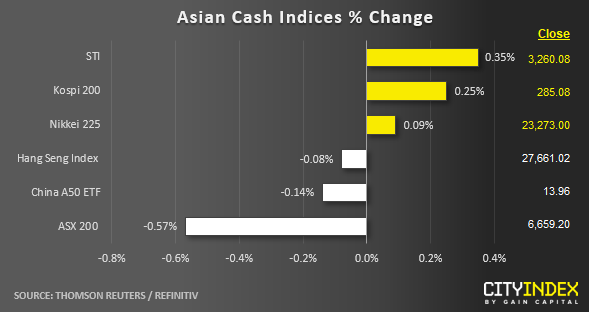 Also, the media has reported that the signing of the US-China “Phase one trade deal” could be delayed until Dec over terms and venue according to an unnamed senior U.S. official. The latest news flow has sucked out some winds from the “trade deal optimism” euphoria that has been driving up stocks since last week.

The exception case is Australia’s ASX 200 which has shoot up close to 1.00% as at today’s Asian mid-session on sigh to record a 5-day high. The Technology sector is leading the gain, up by 3.19% on the back of a strong rally from Xero Ltd, a cloud accounting software firm that has rallied by 9.4% reinforced by strong earnings. Its revenue for H1 2019 has surged by 32% y/y. Also, the “big 4” banks are supporting the current rally after a lacklustre performance in the past 4 sessions. Led by National Australia Bank (NAB) which has gained by 3% after its announcement of a dividend cut and reinvestment plan to raise A$1.55 billion to boost capital strength despite a lower cash profit.

Japanese manufactures turned the most pessimistic in 6-1/2 in Nov and the services-sector mood fell to a 3-year low according to a Reuters Tankan poll. However, the Nikkei 225 performance is not much impacted negatively, likely due to Toyota Motor, Japan biggest automaker that has posted a 14.4%y/y rise in Q2 profit that saw a rise in its share price to 1.10%. 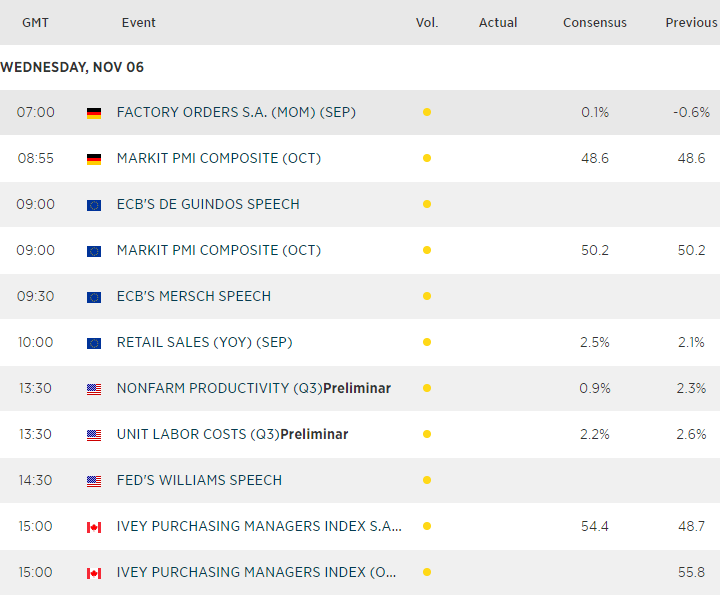