First things first: My new book is out on November 15, just one month after our annual Irrational Economic Summit which starts this Thursday. It’s called Zero Hour: Turn the Greatest Political and Financial Crisis in Modern History to Your Advantage.

So, when I take the stage in the conference center at the Nashville Airport Marriot hotel at 1:25 p.m. local time (central), I’ll give attendees and LIVE Stream viewers a sneak preview of the most important points of the book.

And my co-author, Andrew Pancholi, who spoke to acclaim at our last IES conference, will be back again as well. He’ll be elaborating on the major long- and short-term turning point that he sees on the cards right now.

Here’s the key insight: Three revolutionary cycles are converging for the first time since the late 1700s, when we saw the emergence of democracy and free-market capitalism, the steam engine, and the Industrial Revolution

I’ve been warning about a 250-year cycle for many years, but Andy’s two additional cycles reinforce this even more.

Just look at this chart: 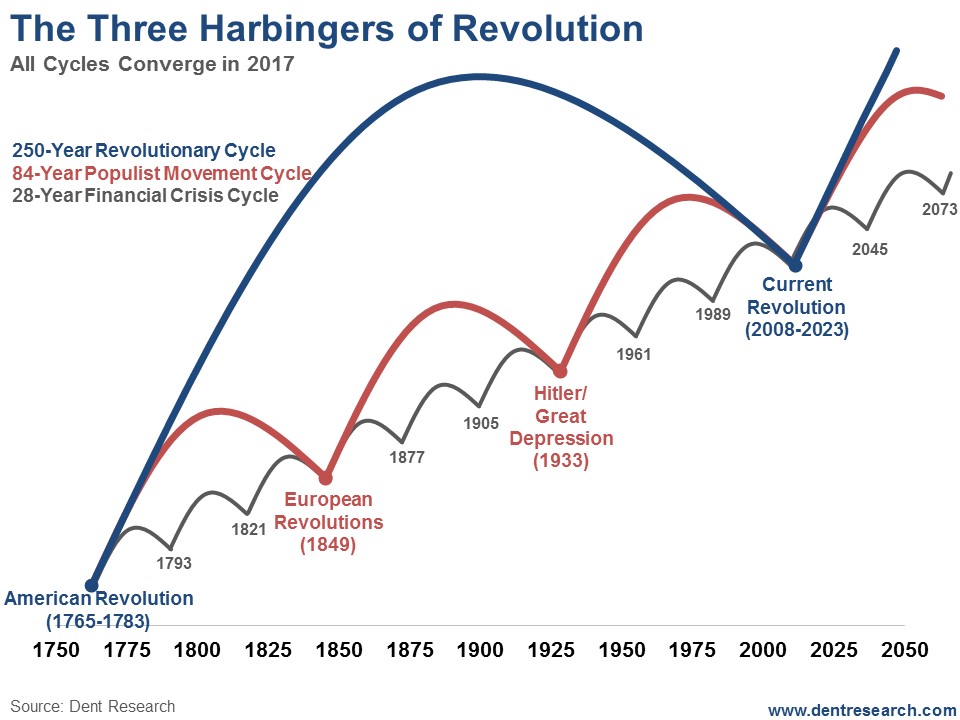 Oh, do Andy and I have a lot to say about the implications of these cycles in the critical next few years and for decades to follow.

And did you know that globalization has peaked and could see decades of retrenchment ahead?

Brexit and Trump are only the beginnings of the backlash.

In the short term, stock patterns are looking ominous, just when Andy has his largest turn point signal ever later this month… and you have to hear about his unique short-term model.

Look at this chart of a rising bearish wedge since February 2016, which was accelerated by the Trump Rally (which we confirmed in early November) that seems to be coming to an end. 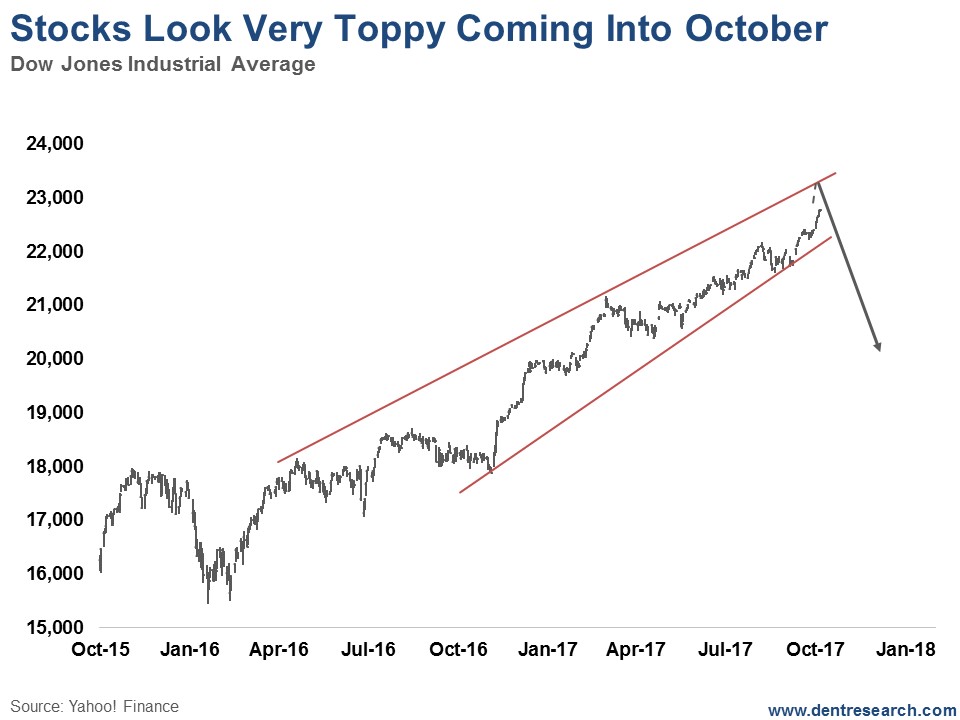 The classic sign of a top is that the small caps start underperforming the large ones as the dumb money rushes into the big-name companies. Well, that’s not happening yet. But another sign is a rising wedge that is steep and becomes more and more narrow. This occurred for junk bonds in 2013, when we called the top to the day.

There are two likely scenarios ahead, which I’ll discuss on Thursday, but I’ll tell you now that we’re likely finally seeing a topping process between now and January.

So, in the short term, beware.

Over the next decade or two, brace for the greatest political and social revolution since the advent of democracy itself.

A 240-year bull market is peaking and the reset should be the greatest we’ve seen in modern history – as was the boom. This revolution will set the stage for the next long-term bull market that will urbanize and modernize the entire world.

See you in Nashville.