The S&P 500 continues to fluctuate along the 4,700 level. So is this a topping pattern or just a flat correction before another leg up?

The S&P 500 index extended its Monday’s decline yesterday, as it fell to the daily low of 4,652.66. But it closed 0.17% higher following an intraday rebound. The market rebounded to the 4,700 level again. The broad stock market keeps trading within an over two-week-long consolidation. For now, it looks like a flat correction within an uptrend. However, it may also be a topping pattern before some more meaningful downward reversal. 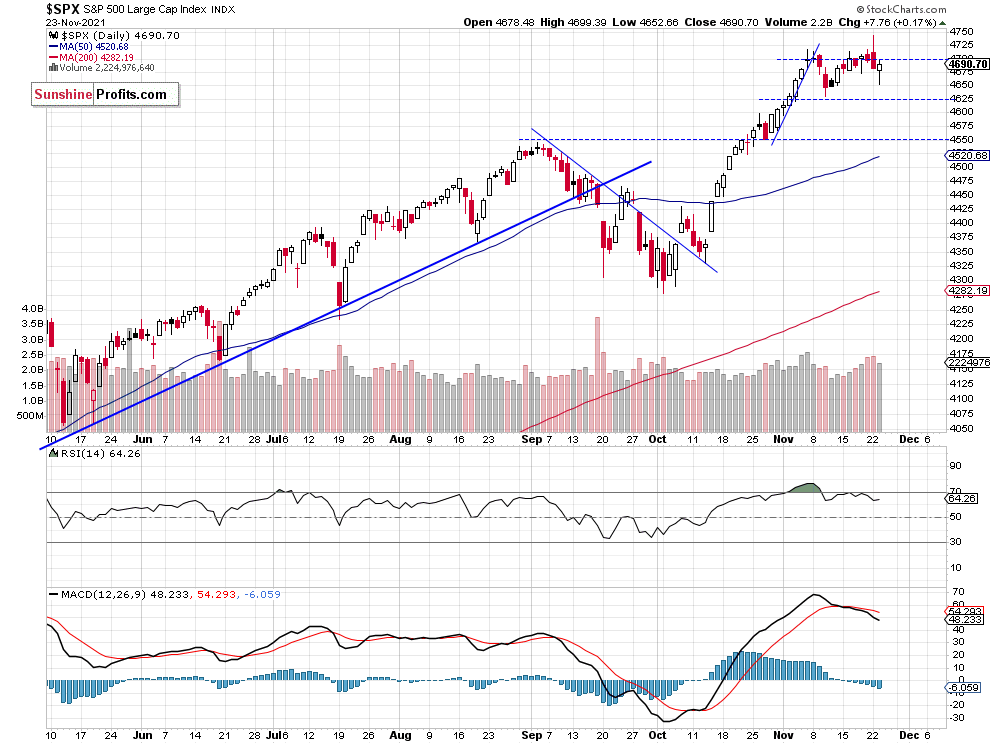 Nasdaq broke below the trend line

Let’s take a look at the Nasdaq 100 chart. The technology index reached the new record high on Monday, led by the megacap tech stock rallies, but it reversed its intraday course and yesterday it fell below the 16,200 level. The index broke below its short-term upward trend line, as we can see on the daily chart: 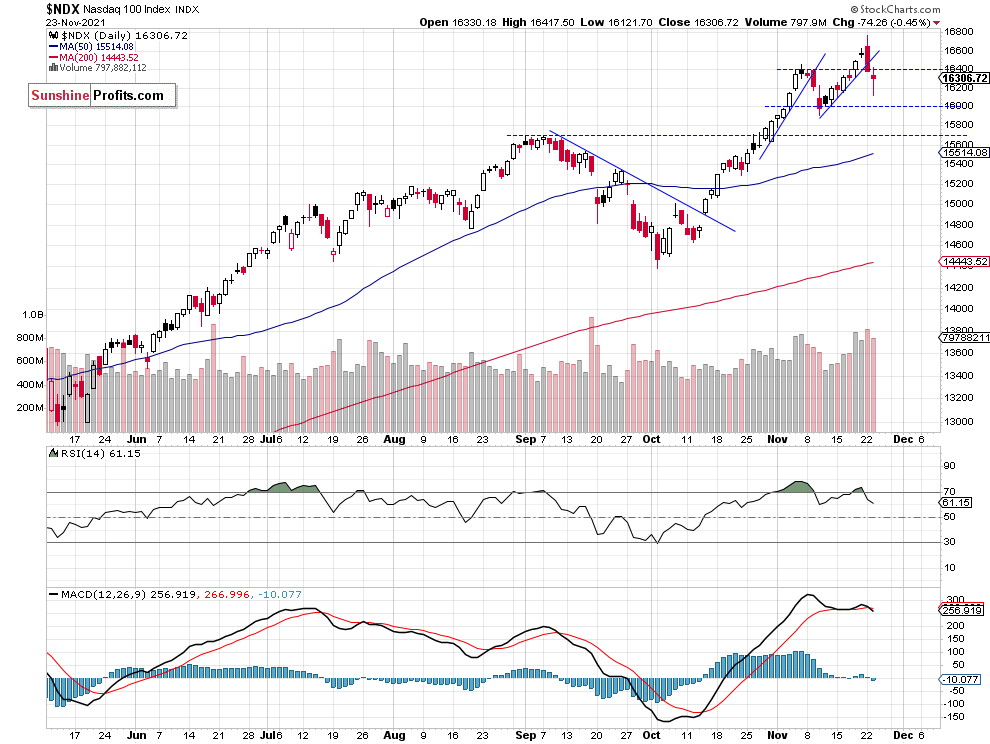 Apple and Microsoft – A potential reversal

Let’s take a look at the two biggest stocks in the S&P 500 index, AAPL and MSFT. Apple accelerated its uptrend on Monday and Microsoft slightly extended its recent advance. Both reached the record highs before reversing lower. Yesterday they were mixed, and today we may see some more short-term uncertainty. 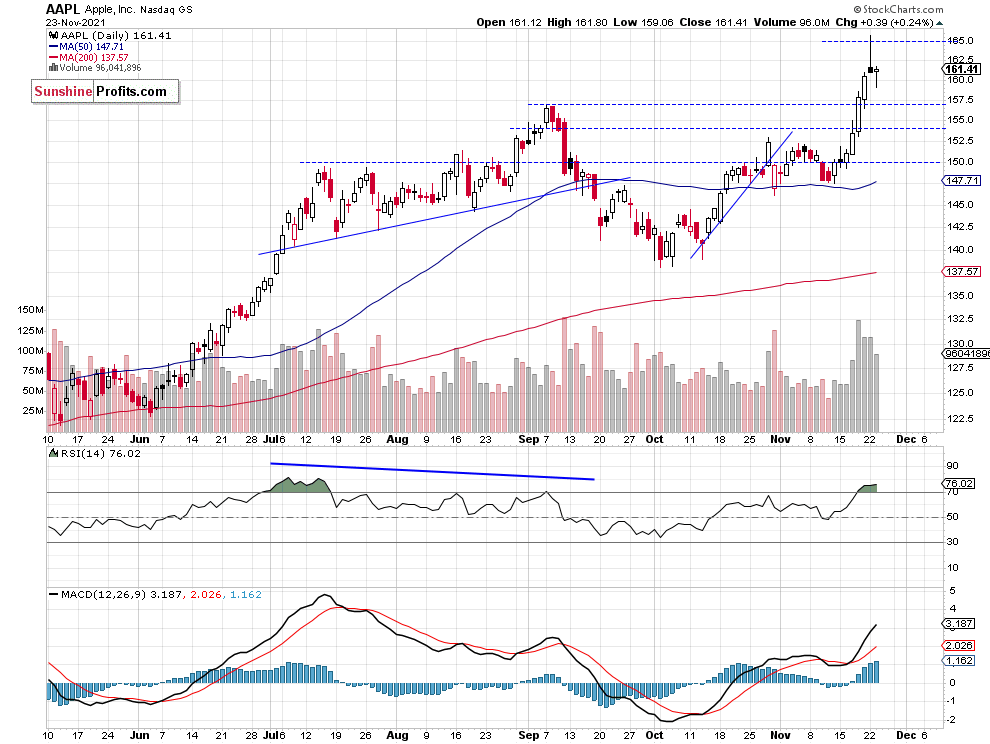 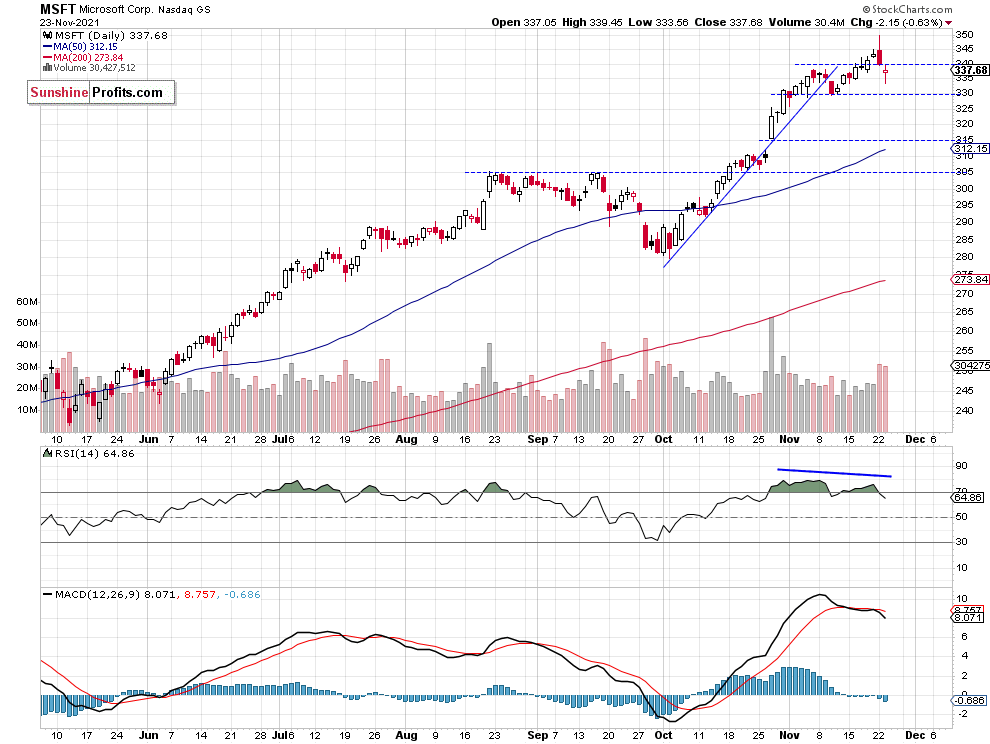 The S&P 500 index is expected to open 0.4% lower this morning following a series of economic data releases. The market will wait for some more economic data releases - the Core PCE Price Index, Personal Income/ Personal Spending at 10:00 a.m., and the FOMC Meeting Minutes at 2:00 p.m. We may see a short-term consolidation ahead of tomorrow’s holiday break and the long holiday weekend.

So overall, the broad stock market may be trading within a topping pattern. However there have been no confirmed negative signals so far.

Nevertheless, we decided to open a speculative short position yesterday, and we are expecting a 5% correction from the current levels.