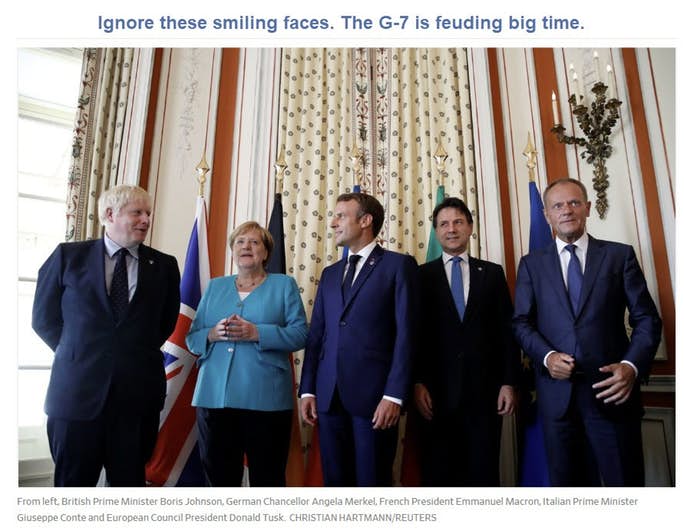 The Group of Seven summit got off to a turbulent start Saturday as U.S. officials privately criticized President Emmanuel Macron for his handling of the meeting after the French leader invited President Trump to an impromptu lunch to press him on issues ranging from Iran to the fires in the Amazon.

Hours after Mr. Trump arrived in France, U.S. officials privately accused Mr. Macron of ignoring Washington’s input ahead of the event and of focusing its agenda on “niche” issues, such as climate change and development in Africa, to appeal to the French president’s political base.

Climate change was a major focus of last year’s G-7, too, and other world leaders said the issue was a priority ahead of this year’s summit, particularly as fires raging in the Amazon have prompted concerns about damage to the region’s ecosystem and the global environment.

The flurry of criticism came after Mr. Macron intercepted Mr. Trump moments after his arrival in Biarritz, inviting him to a tête-à-tête lunch without any of their aides at the table. The two hadn’t been scheduled to meet one-on-one.

On Saturday, U.S. officials accused the French of privately blaming the White House in conversations with other countries for not wanting to reach a consensus ahead of the summit—a notion U.S. officials rejected. The U.S. does, however, support not issuing a joint communiqué this year, saying such statements have become a “catchall,” officials said. 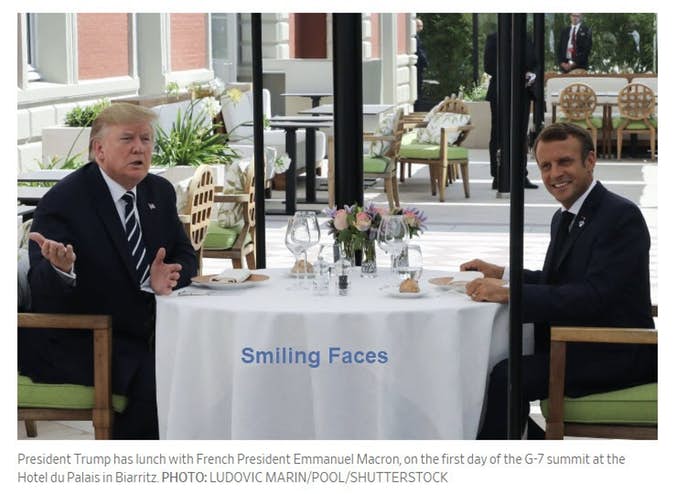 Yesterday morning, many media outlets posted the above image hinting at intense cooperation.

But, is this open feuding good or bad?

As I started writing this post my inclination was neither. This is more meaningless nonsense.

Every year the G-7 gets together and puts out some fluff rah-rah let's have more trade rah-rah.

Every year it's meaningless chatter. France will not move on free trade. And now Trump won't either.

Different isn't bad, but it may not be any good.

But if I had to choose between good and bad, I would take good.