Leading up to the meeting (26-27 Aug) has seen some mixed messages. Fed’s vice chair Clarida set expectations of an early taper running when he said that he could see rates lifting off as early as 2022. However, the latest University of Michigan print was a bad miss and that had some analysts singing its praises as a good recession forecaster. The rationale being previous times it had surprised to the downside and flagged US economic downturns. This time it is the Delta variant that is spooking US investors. Cases are rising and so too are deaths in the US. This is what investors are increasingly focused on in the run-up to the FOMC, especially after Fed’s Kaplan’s comments last Friday.

Fed’s Kaplan had been a prominent hawk who would be seen as favouring an early taper. Earlier in August, he said he expected a plan to plan tapering in the September meeting with bond purchases actually being reduced in the October meeting. However, his recent comments show that he is concerned about the delta variant limiting production output and slowing the return to the office. If the delta variant was to have a more negative impact on GDP then he would adjust his views.

Cases, deaths, and hospitalisations are rising 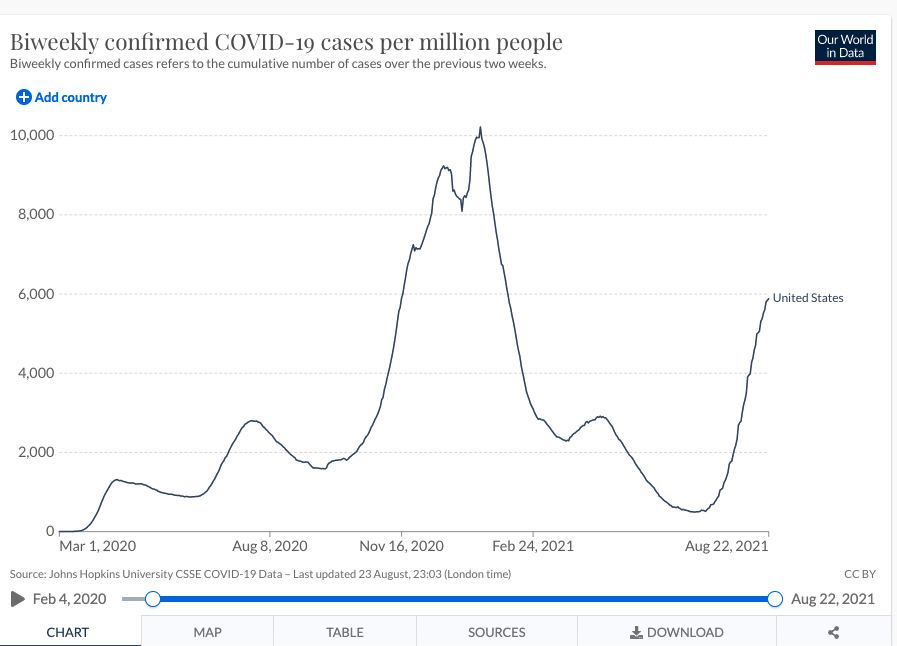 More significantly, so too are deaths

What does this all mean?

The bottom line is that it means the Fed are more likely to be dovish on Friday. The taper is expected to be delayed and this should weaken the USD, lift gold and help equities higher. It is hard to buy equities at these extreme levels and note that European equities may offer better value right now. However, if the Fed surprise markets and announce a tapering timetable then watch for USD strength, US 10 year yield upside, USDJPY strength, EURUSD weakness, and gold selling.