European shares are trading mostly higher on Monday. It’s a big sigh of relief that there has been no sudden escalation in US-China tensions. The gains follow a 3% jump on the Hang Seng which led broadly higher moves across Asia. The euro continues its breakout higher (EUR/USD > 1.115) and the Aussie dollar has moved beyond its 200-day moving average. Precious metals are taking off with silver now above $18 per oz.

While US President Trump levelled plenty of criticism on China and went as far as to strip Hong Kong of its ‘Special Status’- he didn’t formally escalate tensions with China. There is relief across markets – particularly those sensitive to China like Hong Kong shares and the Australian dollar. A surprise expansion in Chinese manufacturing in May according to data from Caixin added to the optimism.

Manufacturing PMIs across Europe topped estimates with Germany offering the only negative surprise. Manufacturing PMIs from Spain, France and Italy – some of the countries worst hit by the coronavirus saw improvements in May – but remain well in contraction territory. It is already well understood that the current quarter will see a contraction in growth – but these PMIs tell us the contraction won’t extend to some of the more dire predictions. The next piece of the puzzle is on Wednesday when May services data is released.

Join one of the brand new LCG WEBINAR series - covering everything from the beer industry to fintech shares to breakout trading strategies.

It’s the last hurrah for negotiators to make progress before the June EU summit that UK Prime Minister Boris Johnson will attend. Expectations are pretty low for anything other than another stalemate. Low hopes for any deal to come into view by June go some way to explain the underperformance of UK bluechip shares over the last two-months since markets bottomed. The S&P 500 crossed its 200-day moving average last week but the FTSE 100 is 700-points (11%) shy of its own equivalent average.

Using a continuous contract on silver futures, the price has risen over 27% in the last month. The gains outpace gold, which made a 7-year high but was otherwise flat in May. The gold-silver ratio reached a record high in March, an imbalance in the relationship between the two precious metals that setup silver’s return to form. The optimism across markets primarily stems from the reopening of the global economy and an abundance of government stimulus. As a hybrid industrial and precious metal, silver is in demand for its use in the real economy- and as a hedge against all the money-printing. 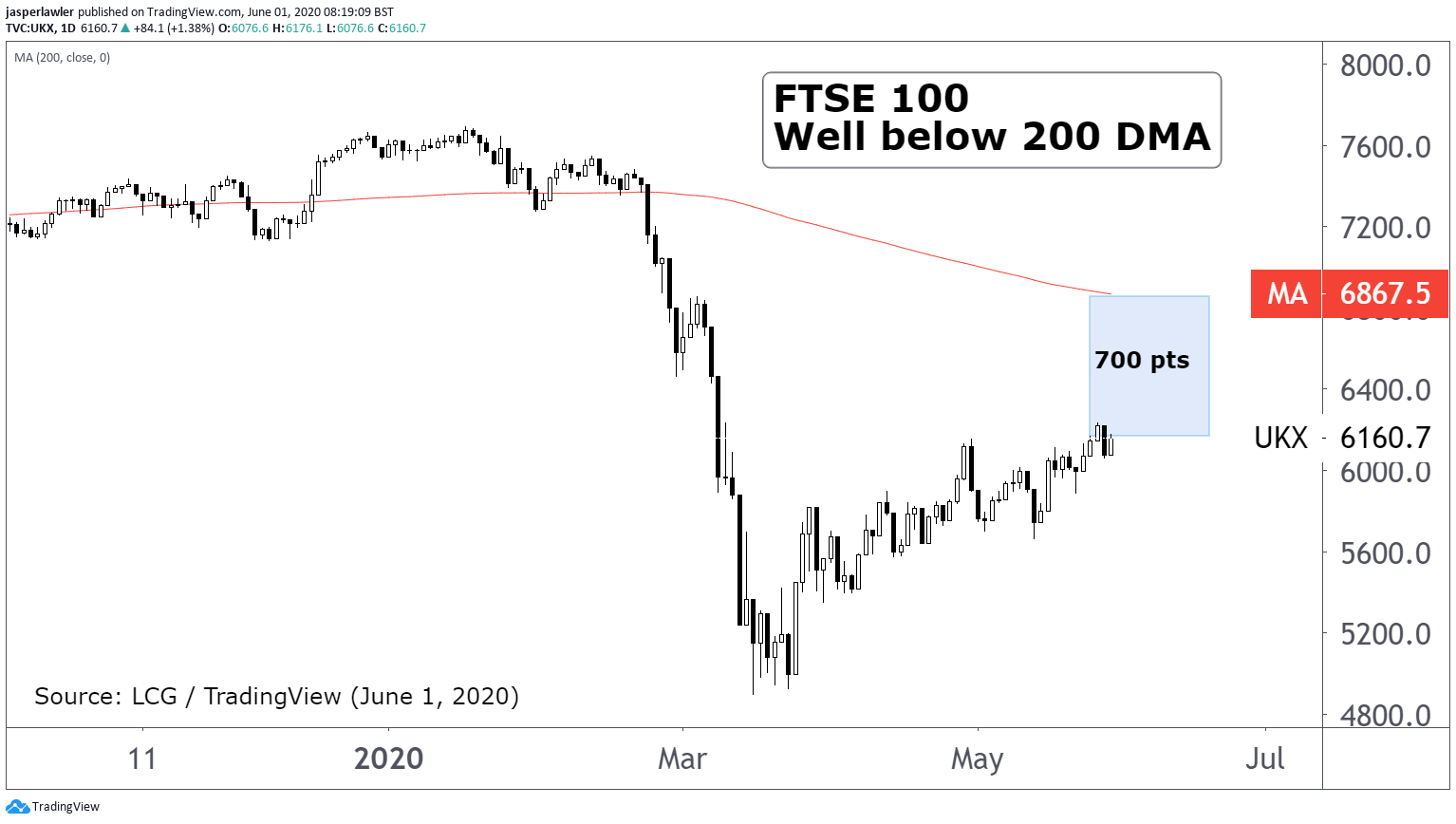