After gaining more than 2% in the previous week, gold advanced to its strongest level since early August at $1,823 on Monday but struggled to preserve its bullish momentum. Although the month-end flows limited the XAU/USD’s pair’s upside, the broad-based USD weakness didn’t allow the pair to make a decisive move in either direction. With the US August jobs report painting a dismal labour market picture, the pair broke out of its weekly range and settled around $1,830, rising 0.8% on a weekly basis.

The data published by the Conference Board revealed on Tuesday that the Consumer Confidence in the US declined to 113.8 in August from 125.1 in July, falling short of the market expectation of 124. This report failed to trigger a noticeable market reaction.

On Wednesday, the monthly data published by the Automatic Data Processing (ADP) Research Institute showed that private-sector employment rose by 374,000. This reading missed analysts’ estimate of 613,000 by a wide margin and forced the greenback to continue to weaken against its rivals. However, risk flows continued to dominate the markets despite this disappointing data and made it difficult for gold to find demand. In the meantime, the ISM Manufacturing PMI improved modestly to 59.9 in August from 59.5 in July but the Employment Index arrived at 49, pointing to a contraction in the manufacturing sector’s employment.

The US Department of Labor announced on Thursday that the weekly Initial Jobless Claims fell to 340,000 in the week ending August 28 from 354,000 previously. Additionally, Challenger Job Cuts dropped to its lowest level since 1997 at 15,723 in August. Nevertheless, investors paid little to no attention to these figures ahead of Friday’s jobs report.

The US Bureau of Labor Statistics reported that Nonfarm Payrolls in the US increased by 235,000 in August. This reading missed the market forecast of 750,000 and the US Dollar Index slumped to its lowest level in a month below 92.00 with investors pricing in a delay to the Fed's asset tapering. On a positive note, the publication showed that the Unemployment Rate edged lower to 5.2% from 5.4% with the Labor Force Participation Rate remaining steady at 61.7%.

Finally, the ISM Services PMI fell to 61.7 in August from the record-high set at 64.1 in July but this data was largely ignored by market participants.

There won’t be any high-tier data releases at the start of the next week. On Wednesday, the Federal Reserve will publish its Beige Book and investors will look for clues regarding price pressures and labour market tightness in the Fed’s 13 districts.

On Thursday, the European Central Bank (ECB) will announce its Interest Rate Decision and deliver the Monetary Policy Decision Statement. Earlier in the week, several ECB policymakers voiced their support for a slowdown in emergency asset purchases. Bundesbank President Jens Weidmann noted that the expansionary monetary is still appropriate but added that the Pandemic Emergency Purchase Program must end when the emergency is over. A hawkish ECB move could cause the USD to face strong selling pressure and help XAU/USD push higher in the second half of the week.

The weekly Initial Jobless Claims and August Producer Price Index data, which are unlikely to receive a significant market reaction, will also be featured in the US economic docket as well. 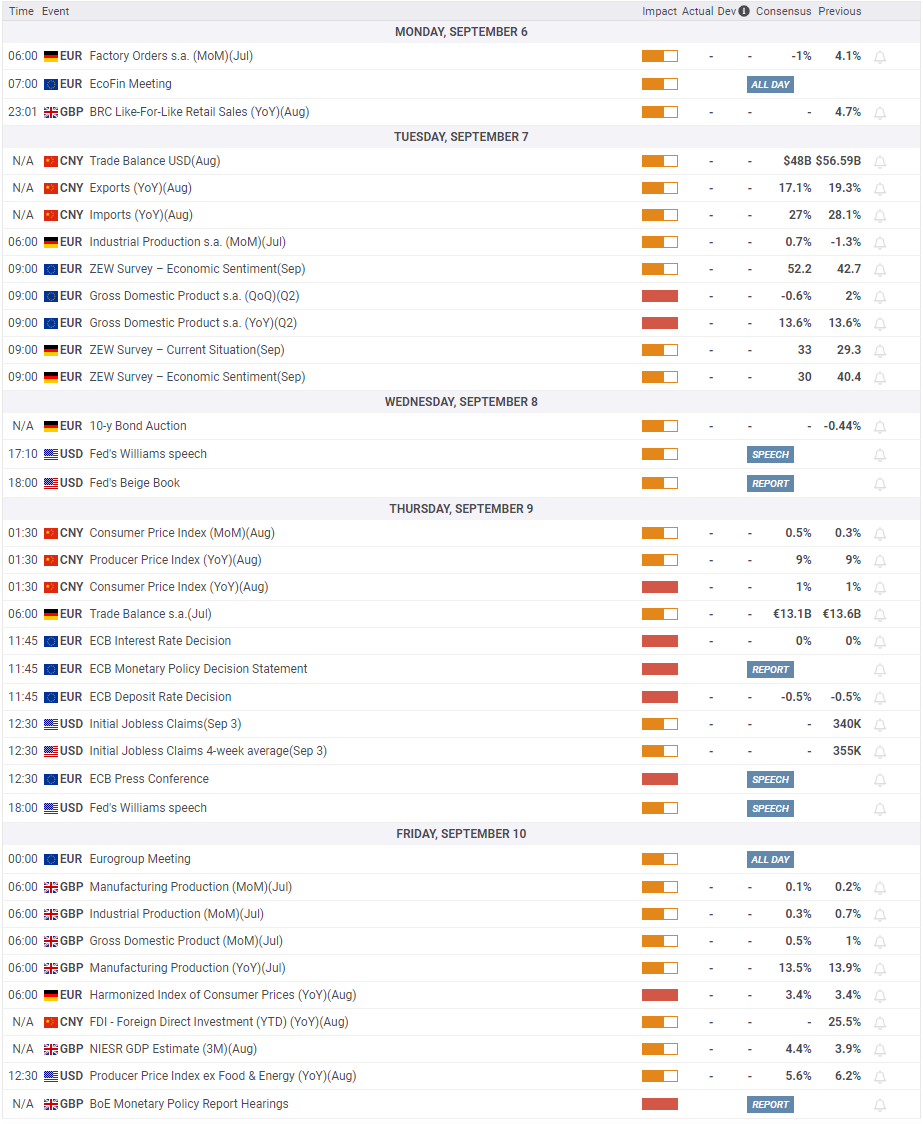 Following Friday's upsurge, the Relative Strength Index (RSI) indicator on the daily chart turned north, pointing to a buildup in bullish momentum. Additionally, the RSI remains below 70, suggesting that there is more room on the upside before XAU/USD becomes technically overbought.

However, gold is likely to stay relatively quiet on Monday due to the Labor Day holiday in the US and additional gains could be witnessed on Tuesday when trading volumes return to normal levels.

The FXStreet Forecast Poll shows that gold is expected to stay in a consolidation phase in the short-term with an average target of $1,832 in the one-week view. Moreover, 50% of experts are bullish for next week, compared to 40% bearish. The one-month view points to a slightly bullish bias with only 20% of investors expecting the price to be below the current level. 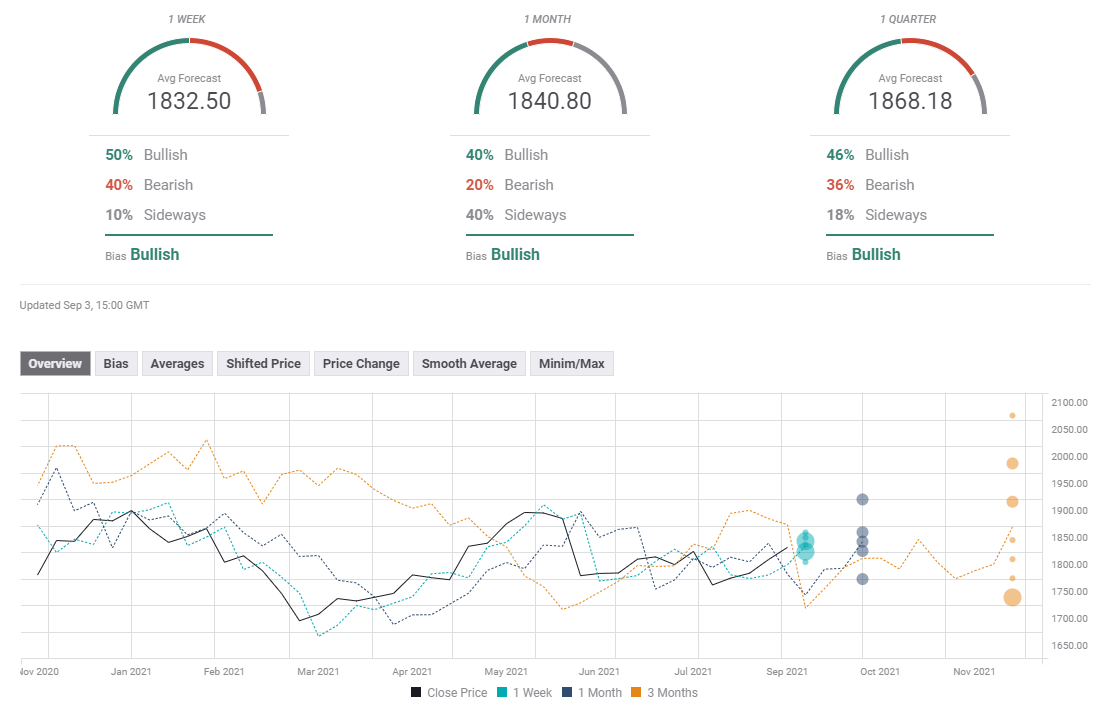