Gold managed to stay resilient despite surging US Treasury bond yields and closed the second straight week in positive territory. This week’s action suggests that the precious metal could be regaining its status as an inflation hedge and the technical outlook doesn’t show a buildup in bearish momentum.

Easing fears over a Russia-Ukraine military conflict allowed risk flows to dominate the financial markets at the beginning of the week. The greenback, which ended the previous week on a positive note after the impressive January jobs report, struggled to find demand and XAU/USD climbed above $1,820 on Monday.

In the absence of high-tier macroeconomic data releases, the upbeat market mood carried over to Tuesday and Wednesday, helping gold continue to stretch higher ahead of the highly-anticipated inflation data from the US.

On Thursday, the US Bureau of Economic Analysis reported that the Consumer Price Index (CPI) jumped to its highest level since 1982 at 7.5% in January, on a yearly basis, from 7% in December. Additionally, Core CPI, which excludes volatile food and energy prices, climbed to 6% in the same period. Both of these surpassed market expectations and US Treasury bond yields surged higher on the news. With the benchmark 10-year US T-bond yield rising above 2% for the first time since July 2019, the dollar gathered strength and XAU/USD retreated from the multi-week top it set at $1,841.

On top of hot inflation data, St Louis Fed President James Bullard’s hawkish comments provided an additional boost to the greenback. Bullard became the first FOMC member to voice his support for a 50 basis points rate hike in March and further noted that he would like to see the Fed increasing the policy rate by 100 basis points by July.

On a separate note, Richmond Fed President Thomas Barkin adopted a more cautious tone regarding the rate outlook. “I'd have to be convinced of a screaming need to do a 50-basis point hike now,” Barkin said. “It's time to do a substantial reduction in the balance sheet, somewhat soon after start raising rates.”

The CME Group’s FedWatch Tool showed early Friday that markets were pricing in a 90% probability of a double-dose hike in March, compared to 33% just a week ago. In the second half of the day, several news outlets reported that Fed policymakers were not in agreement with Bullard's remarks and the odds of a 50 bps March rate increase declined to 65%.

On Wednesday, Retail Sales data will be featured in the US economic docket. Markets expect Retail Sales to rise by 1.7% on a monthly basis in January following December’s disappointing decrease of 1.9%. The market reaction, however, is likely to be muted with investors waiting for the Fed to release the minutes of its January policy meeting.

Market participants will look for fresh clues on the timing of balance sheet reduction in the Fed’s publication. Policymakers’ comments on the inflation outlook could impact the dollar’s valuation as well. In case markets continue to price in an aggressive policy tightening, the US Dollar Index could gather bullish momentum and make it difficult for gold to extend its rally. Even if XAU/USD loses its traction, this week’s action showed that the yellow metal’s losses are likely to remain limited.

Meanwhile, investors will pay close attention to comments from Fed officials and look for confirmation of a 50 bps rate hike in March. Another leg higher in the 10-year US T-bond yield could cause gold bulls to move to the sidelines. On the other hand, a correction in yields should open the door for further gains in XAU/USD. 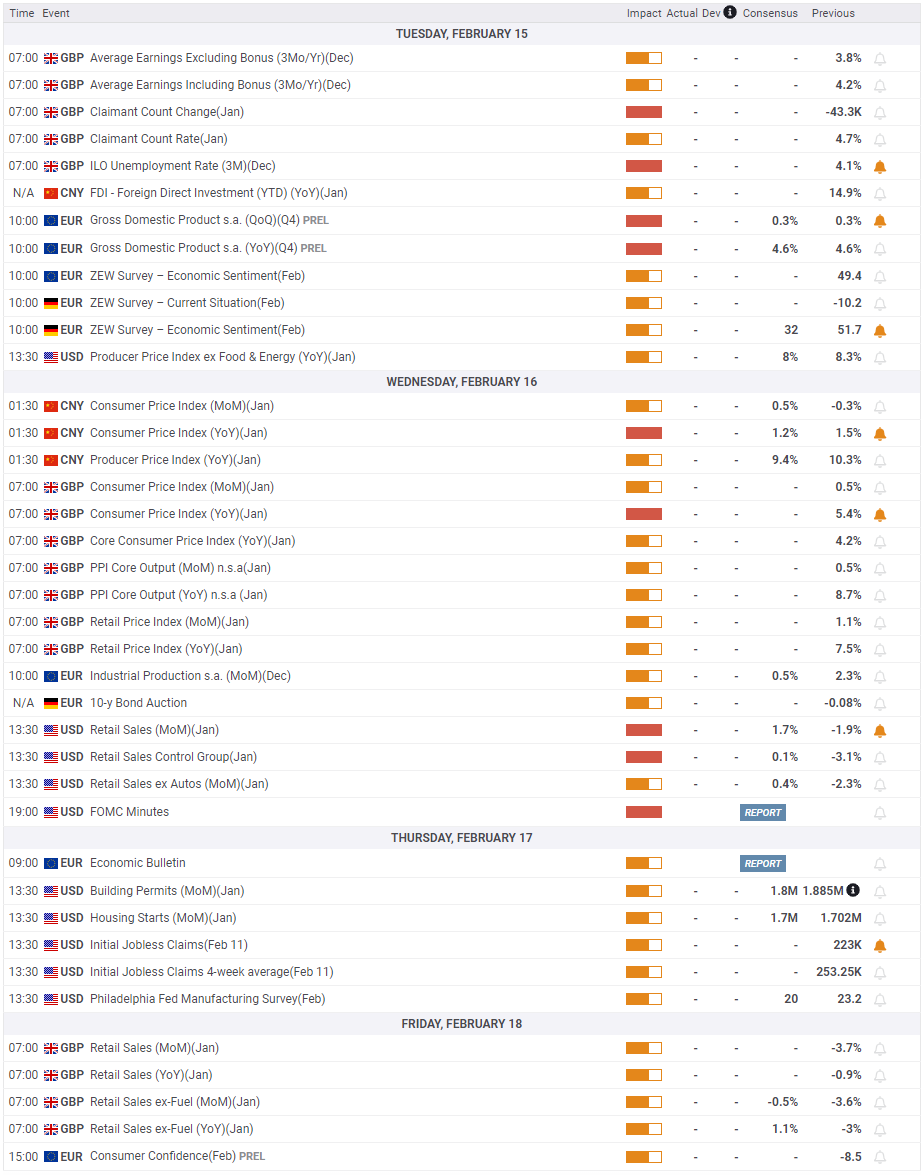 Gold's technical outlook suggests that the bullish bias remains intact following this week's movement. The 50-day SMA has crossed above the 200-day SMA and the Relative Strength Index (RSI) indicator on the daily chart holds comfortably above 50.

When XAU/USD made a daily close above $1,830 (Fibonacci 23.6% retracement of December-February uptrend) earlier in the week, it climbed to $1,840 before turning south late Thursday. In order to target $1,850 (static level), gold needs to start using $1,830 as support and clear the interim resistance that seems to have formed at $1,840.

FXStreet Forecast Poll shows investors expect gold to continue to edge higher in the short term with the average target on the one-week view sitting at $1,835. The one-month view paints a mixed picture with experts splitting evenly on gold's next direction. 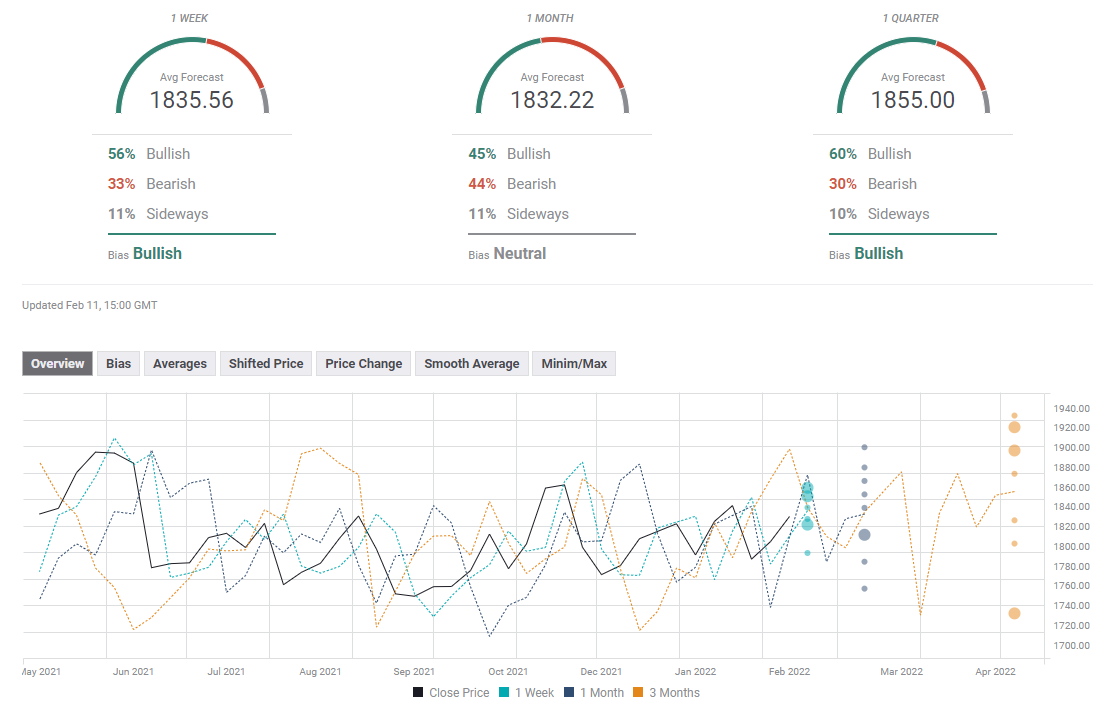