Gold staged a quick rebound on Friday after failing to breach the 1,493 support area, while on Monday the yellow metal opened with a positive gap to hit an almost 6 ½-year high of 1,555.

The red Tenkan-sen and the blue Kijun-sen completed a neutral phase and returned to the upside, capturing bullish pressures in the market. The positive momentum in the RSI and the MACD is another call for further improvement, though with the former being ready to enter the overbought territory and the latter holding below its red signal line, downside corrections cannot be excluded.

Moving higher, the bulls would try to crawl above the 1,560 level and the ascending channel to drive the rally until the 1,600-1,630 restrictive zone. If buyers persist, resistance could be next detected within the 1,670-1,700 region.

Alternatively, a reversal to the downside could retest the 1,493 barrier and the 20-day simple moving average (SMA), a break of which could see additional losses until the August 6 low of 1,456. More importantly, should the sell-off extend below the ascending channel and the 50-day SMA, the bears could easily reach the 1,400-1,380 support area, reducing confidence on the market’s upward pattern.

A drop under 1,400 could also change the strong bullish picture in the medium-term to a neutral one, though as long as the market keeps making higher highs and higher lows and the 50-day SMA maintains its golden cross with the 200-day SMA, an outlook reversal is less likely to occur.

In brief, gold could trade cautiously positive in the short-term, while in the medium-term the market is likely to retain the positive profile unless it closes significantly below 1,400. 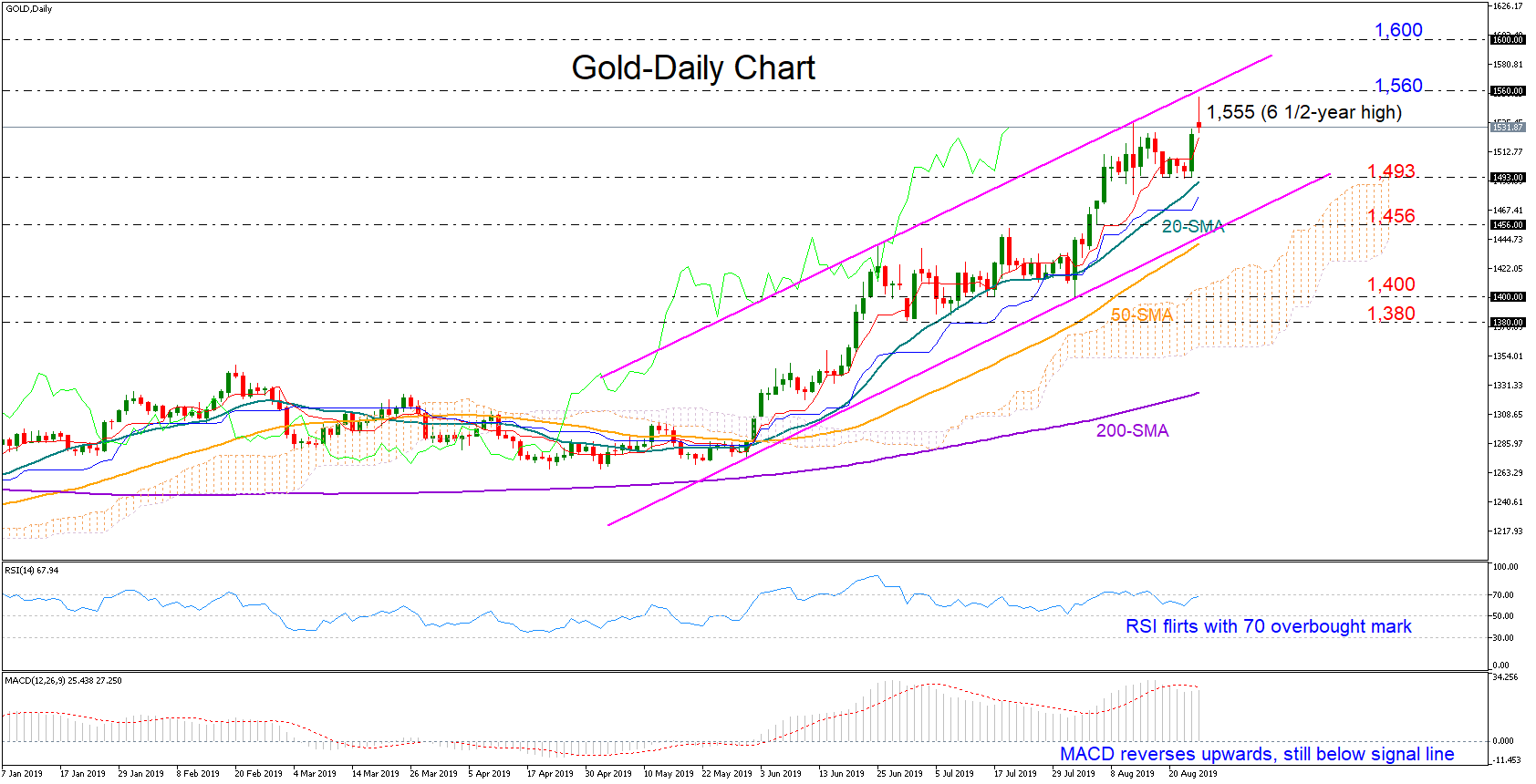