2010s have certainly been a roller coaster ride for gold. Will the 2020s then be better than the prior years for the yellow metal? Today's article provides the macroeconomic outlook for the full decade – learn whether the fundamental factors will become in the 2020s less or more friendly toward gold.

People often ask about my economic forecasts for the current year, whether the recession will come or not, etc. I reply that I'm an economist, not a fortune teller. As future is inherently unpredictable, I don't like the traditional January game of economic forecasting for the year ahead and I avoid providing detailed price predictions. So, my Readers can be surprised by the title of this article – if I don't like forecasting one year ahead, why the heck I would be forecasting the whole decade?

That's a very good question. As the time horizon lengthens, the uncertainty increases, as more unseen developments can happen and spoil the prediction. However, in a way, it's easier to forecast long-term trends than the short-term details, as far as fundamental factors are concerned. Things are very different in the very short-term (daily-to-day price changes, when fundamentals barely matter, but immediate-term technicals do).

In case of the big picture, when you outline fundamental trends, the precise timing does not matter. Besides, how often we get a new decade (I know, technically, the new decade starts in 2021, but we already live in the 2020s, don't we?), so let's have some fun and try to sketch the most important economic trends in this decade and their impact on the gold market! 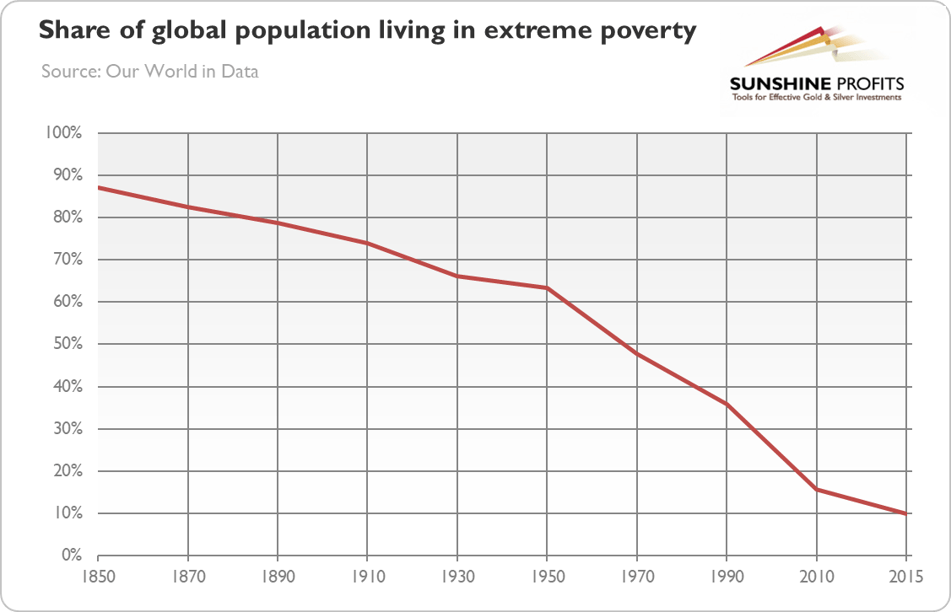