The failure to close a breakout above $1480 will come as a considerable disappointment for the gold bulls. We have long been talking about all the old August to October lows around $1480 being a source of overhead supply and this has been a factor in yesterday’s failure at $1484. We discussed previously, the lack of selling pressure on gold as the support at $1445 has held firm, however, equally, this rebound is struggling again. We must though now see how the market responds again to today’s tick higher which is again eyeing $1480. A decisive close above $1480 would suggest continued recovery towards the psychological $1500 and a $1510 implied target. However, we are also mindful that the outlook on momentum is still medium term correctively configured and this is likely to still be another near term rally within a medium term bear phase. The RSI failing under 60 and MACD lines failing around neutral would be triggers for renewed selling. There is a distinct lack of certainty in outlook for gold right now, but a “phase one” trade agreement would weigh back on $1445. 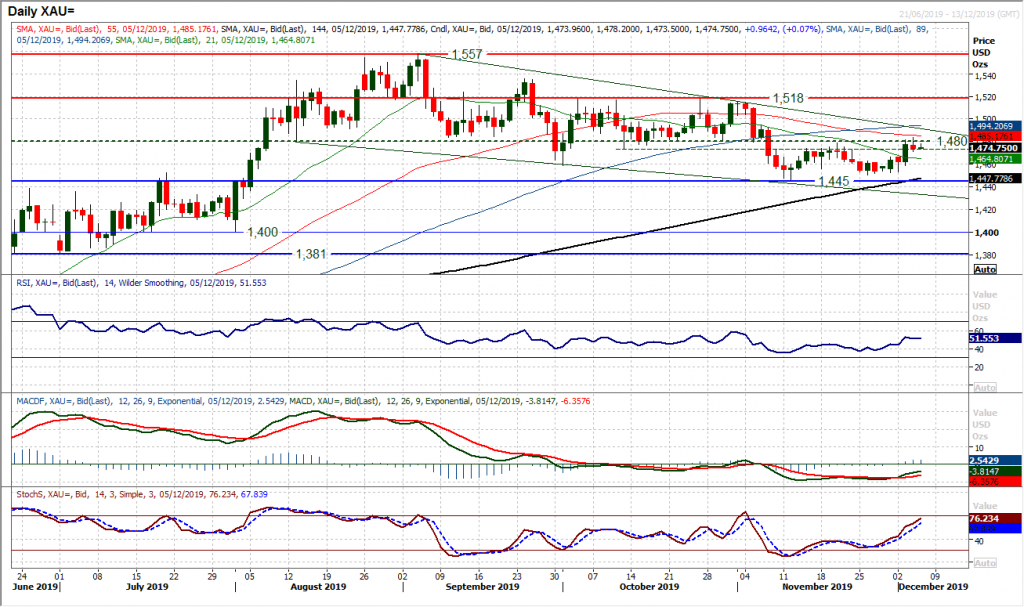 AUD/USD rises above 50-HMA, bull reversal in the making?

The sell-off in AUD/USD seems to have run out of steam, courtesy easing RBA rate cut expectations after upbeat Australian CPI data. The pair trades above the 50-hour average. A close above 0.6765 would confirm a bullish reversal candlestick pattern on the daily chart.

The course of the American economy has not altered since the previous FOMC meeting on Dec last year. 4Q growth is expected to be 2.1% when the preliminary figures are released by the Bureau of Economic Analysis on Thursday.

GBP/USD trades near 1.3025 during the early Wednesday’s trading session. The pair recently broke a three-day-old falling trend line but is still to cross the near-term key resistance confluence.