The Australian dollar held steady on Monday after the latest economic data from China. The numbers revealed that the country’s economy had a strong fourth quarter even as many countries suffered from the Omicron variant. In total, the economy expanded by 1.6% in the fourth quarter and by 4% on a year-on-year basis. The economy rose by 8.1% in 2021, making it one of the best performers. In a virtual speech at Davos on Monday, the country’s president praised his common prosperity strategy that has dragged most of its high-tech stocks. He said that the strategy was necessary in a bid to narrow the gap between the rich and the poor.

European stocks rose sharply as the earnings season got underway. In Germany, the DAX index rose by 0.40% while in France, the CAC 40 index rose by 0.70%. Elsewhere, in the UK, the FTSE 100 index rose by 0.80%. Some of the biggest performers in the index were firms like GlaxoSmithKline, Lloyds Bank, and BP. GSK shares jumped as investors predicted that there will be more bids for its consumer healthcare business. On Sunday, the firm confirmed that it had received a 50 billion pound bid from Unilever. Lloyds Bank shares rose as the US bank earnings season started.

Bitcoin and other cryptocurrency prices moved sideways as investors waited for the upcoming North America Bitcoin Conference that will take place in Miami. The conference will see some of the biggest names in the industry make their presentations. Some of those to watch will be Mark Cuban, the owner of Dallas Mavericks and the founders of Tether, Fantom, and Blockchain.com. Historically, the conference tends to lead to significant action among cryptocurrencies.

The AUDUSD pair was little changed after the latest GDP data from China. The pair declined to a low of 0.7210, which was lower than this month’s high of 0.7315. On the four-hour chart, the pair has managed to move below the key support level at 0.7278, which was the highest level in December. It also moved below the 25-day and 50-day moving averages while the Relative Strength Index (RSI) has moved lower. Therefore, the pair will likely keep falling in the near term. 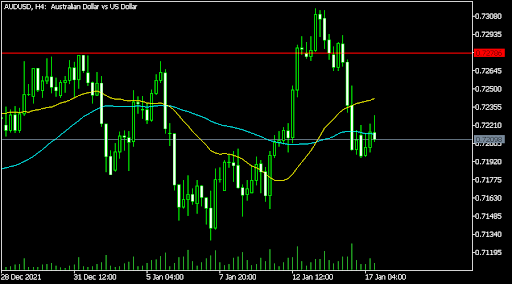 The EURUSD pair tilted lower on Monday after the strong China GDP numbers. It is trading at 1.1405, which is slightly above the highest level last week. It has moved below the middle line of the Bollinger Bands. Also, the pair has dropped below the 25-day moving average while the Relative Strength Index (RSI) has dropped below the overbought level. Therefore, the pair will likely continue falling in the near term. 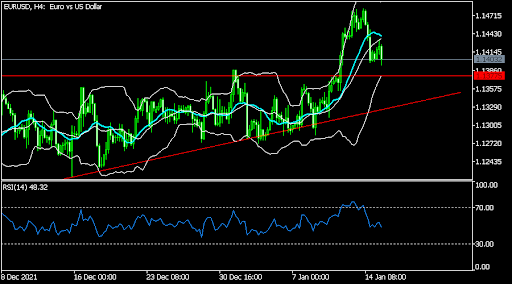 The EURJPY pair moved sideways ahead of the upcoming interest rate decision by the Bank of Japan. The pair is trading at 130.66, where it has been in the past two sessions. It is slightly below the 25-day moving average while the Relative Strength Index (RSI) has moved slightly above the oversold level. Therefore, the pair will likely remain in this range as traders wait for the BOJ decision. 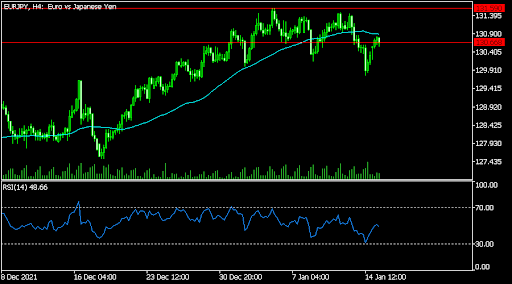