Summary: Market volatility stayed elevated with major FX pairs trading in at least 100-point ranges overnight. The Euro (EUR/USD) was the biggest loser, falling 0.47% to 1.0525 from 1.0570 yesterday. European Manufacturing and Services PMIs all softened in June weighing on risk appetite. The ongoing war in the Ukraine due to Russia’s invasion disrupted Europe’s supply chains while keeping inflation at its highest levels in years. The Eurozone Flash Manufacturing PMI slumped to 52.0 in June from a previous 54.6, and missing estimates at 53.9. Across the Atlantic in the US, Flash Markit Composite PMI slid to 51.2 in June from May’s 53.6. In a speech delivered to the US Congress on Monetary Policy, Fed Chair Jerome Powell said that the US central bank is fully committed to bringing prices under control even if doing so risks an economic downturn. US Treasury bond yields tumbled with the benchmark 10-year rate tumbling to 3.09% from 3.16% yesterday. The Dollar Index (USD/DXY), which measures the value of the Greenback against a basket of 6 major currencies edged higher to 104.37 from 104.17 yesterday. Against the Japanese Yen though, the US Dollar (USD/JPY) plunged to 134.95 from 136.10 yesterday, down 0.79%. Risk leader, the Australian Dollar (AUD/USD) dipped 0.36% to 0.6888 (0.6925) while the Kiwi (NZD/USD) lost 0.1% to 0.6270 (0.6285). Sterling (GBP/USD) closed little changed at 1.2257 (1.2265 yesterday) while USD/CHF (Dollar-Swiss Franc) eased to 0.9612 from 0.9620 yesterday. The US Dollar gained versus most Asian and Emerging Market currencies. The USD/THB pair (Dollar-Thai Baht) rose to 35.50 from 35.37 while USD/SGD (US Dollar-Singapore Dollar) was up modestly to 1.3897 (1.3870 yesterday). 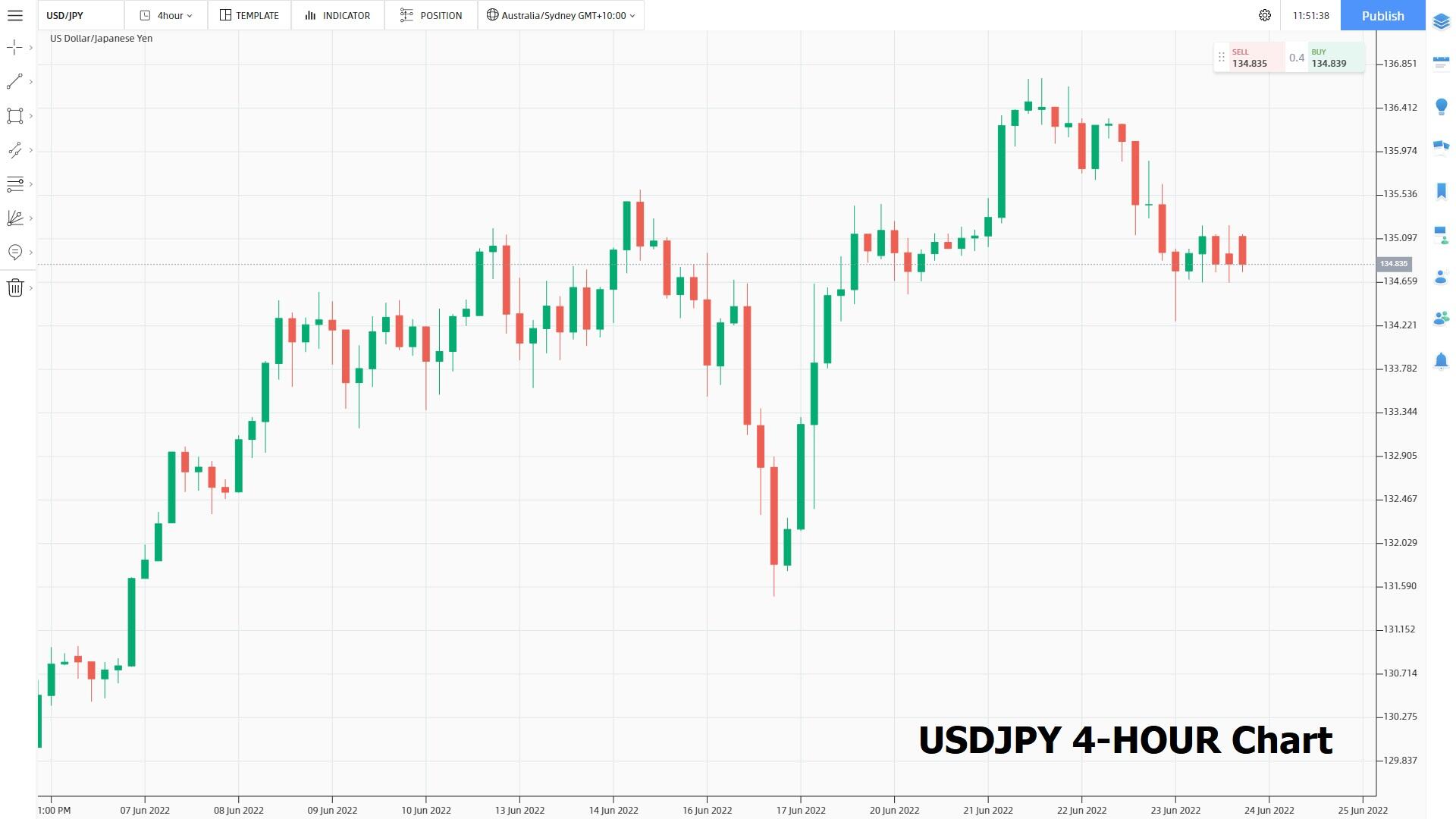 Trading Perspective: Welcome to Friday. Expect heightened volatility to dominate FX trade today as global central banks continue in their commitment to bring prices under control even if doing so risks the “R” (recession) word. Expect the Yen, Swiss Franc, US, and Singapore Dollar to continue to attract flows while the Australian, New Zealand, and Emerging Market Currencies remain vulnerable. Historically, this has been the trend over the past five recessions. However, it is not a rule and the best tool a trader can have during these times is flexibility. Trading ranges will remain wide, but they provide room to manoeuvre. Keep a mental record of those ranges, particularly the highs and lows. This is the best preparation for more of what is to come.

Have a good trading Friday ahead all, and top weekend too.