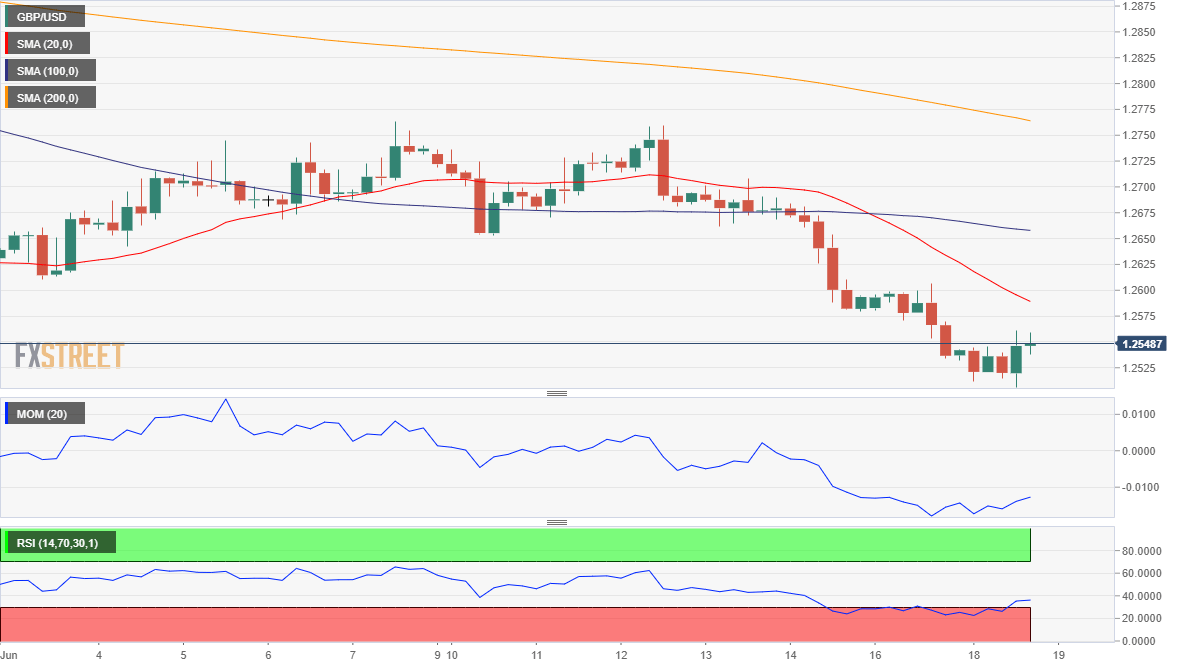 The British Pound remained under pressure throughout the day, falling against its American rival to a fresh multi-month low of 1.2505, on the back of firmer dollar' demand, later trimming losses and rising to the 1.2550 on the back of a better market mood. A second round of the Tory leadership's contest took place this Tuesday, with Boris Johnson coming first again, leading the list with 126 votes. The second was Jeremy Hunt who got 46 votes, while Dominic Raab got ousted by becoming last, leaving now six possible candidates to replace May. The pair showed little reaction to the news, rather depending on dollar's increased or decreased intraday demand. Later this week, the Bank of England will have its monetary policy meeting, although no surprises are expected from Carney & Co.

The GBP/USD pair recovery remains as a mere correction according to technical readings, as despite finishing the day with gains, it has posted a fourth consecutive lower low and lower high daily basis. Furthermore, and in the 4 hours chart, technical indicators have recovered from their lows but remain within negative levels, with the RSI having already lost upward strength at around 34. In this last timeframe, the pair is developing below a firmly bearish 20 SMA, currently around 1.2595which extends its decline below the larger ones.

EUR/USD is trading above 1.1300, extending the upside amid a renewed risk-off wave. The US dollar tracks the sell-off in the Treasury yields, shrugging off Moderna Inc.'s warning against the Omicron covid variant. Eurozone inflation, Powell’s testimony awaited.

GBP/USD is making a minor recovery attempt above 1.3300 on Tuesday, as the US dollar turns south again in tandem with the Treasury yields. Renewed Omicron covid variant fears damp the market mood as well as the pound. Focus on covid updates, US data and Powell.

Gold inches back closer to $1,800 amid Omicron variant fears