Cable has ebbed to an intraday low at 1.2344, driven by a moderate bid in the Dollar and rumored splits within the UK cabinet surrounding “stay alert” policy. This puts the pairing back in the lower reaches of the range that’s been prevailing since early April, which in turn marks a consolidation of the gains seen out of the 35-year low at 1.1409 that was seen in mid-March. Sterling has become apt to correlate with global stock market direction so far in the era of the pandemic crisis. The UK has proved vulnerable to the pandemic, both economically, due to the nation’s open economy, current account deficit, and outsized financial sector, and in terms of contagion, as a consequence of the massive international hub that is London, which served as a gateway for the coronavirus to spread throughout the UK. The UK currently has just over 219k confirmed cases, which is the fourth highest national total in the world (after the US, Spain and Russia), and the second highest Covid-19 deaths (at nearly 32k). Despite the high totals, reported cases are now in decline and the UK has today commenced its first baby-step to reopening its economy, with non-essential manufacturing now reopening. However, the government has come under criticism and there are reports of splits within Cabinet over the new “stay alert” strategy and strap line¹. EURGBP has moved to 0.8758 intraday highs and holds R1 at 0.8750 with GBPJPY dipping to 132.50’s following a breach of 133.00 earlier.

The UK and EU will commence with the next round of trade talks today. The British government has continued to insist that there will be no delay in the UK’s end-of-year departure from its Brexit transition membership of the EU’s customs union and single market. The UK has until July 1st to commit to this, so the pressure is on negotiators. Markets will continue to factor in a risk that the UK leaves the EU at the end of the year without a new trade deal, as many analysts see there is insufficient time to negotiate a new deal, even though the two sides are starting from perfect equivalence. Leaving the single market (which includes 40 free trade deals with global economies) without a new deal would mean a large portion of the UK’s trade would switch to much less favourable WTO terms and conditions. 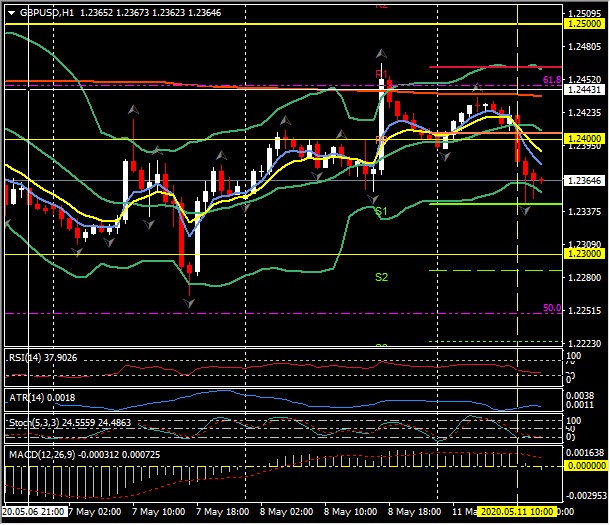