FOMC Minutes indicated expectations of “significant” growth boost from fiscal policy, though that’s not at all surprising given that was the gist from the March policy meeting and the accompanying SEP and press conference. Almost all saw officials saw the need for a gradual rate trajectory, though a number of policymakers believed the outlook called for a “slightly steeper” path than previously expected. Of course we knew that too from the dot plot. Also, many officials expressed greater confidence in the outlook for inflation. While a couple of Fed officials cited benefits of delaying a hike last month, a few other commented on risks from prolonged above-trend growth. Meanwhile, a few thought tax cuts could boost potential output. On the other hand, a “strong majority” saw the prospects for a trade war, along with other uncertainties, as posing downside risks. There were no expectations regarding big growth impacts from the steel and aluminum tariffs themselves. The slowing in Q1 was expected to be transitory. While there was nothing too surprising in the minutes in terms of the policy path, the markets will look at some of the play-by-play as further support for the more hawkish leaning. The dollar perked up after the FOMC minutes which were a tad on the hawkish side. EURUSD bottomed at 1.2347, down from 1.2375, and now pivots around 1.2355 as USDJPY topped at 107.06, up from 106.85, and now trades at 106.93 looking to regain the key 107.00 handle. 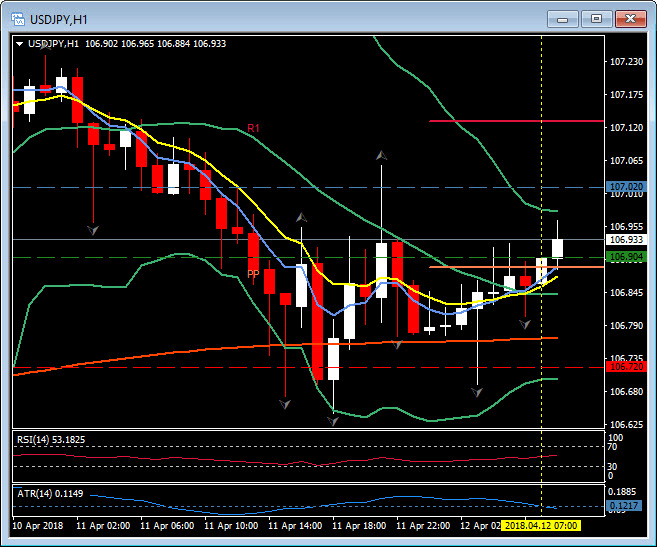 There's more! Access all our latest analyses and other great content by subscribing to the HotForex Youtube channel. You can also talk to our experts live by registering for one of our free webinars!

WTI stays mildly bid above $41.00 while remaining above 100-HMA. Multiple failures to cross $41.15 confront a bullish chart formation on a short timeframe. June month’s top, February low will be on the buyers’ radar after a successful break.