All eyes will be on Facebook this afternoon for clues as to whether investors are concerned about the latest data scandal to hit the tech giant. Facebook has been paying outside contractors to transcribe audio clips from users of its services. Whilst Facebook have confirmed that they had been transcribing audio clips, they also said that they will no longer do so.

With the Cambridge Analytica scandal barely in the rear-view mirror Facebook have been at it again, with concerns over how Facebook collects and exploits data of its users once again doing the rounds. Let’s not forget that this information collection and exploitation is central to Facebook’s corporate strategy.

The transcribing scandal comes following the announcement of a $5 billion fine at the beginning of July from the Federal Trade Commission in relation to the Cambridge Analytica scandal. It’s telling that the value of Facebook actually increased following the fine in July. The fact that dodgy practises relating to data are continuing prove that the $5billion fine was a mere slap on the wrist for Facebook. The question is whether they will be able to sweep this under the carpet or whether investors will start to get jittery that structural changes will be forced upon Facebook to prevent any more data privacy scandals.

Facebook is down 1.5% on the open, in line with the broader market in early trade. Suggesting that for now at least Facebook is not being punished. I mean, if a $5 billion dollar fine doesn’t cause a sell off, then a bit more bad press shouldn’t, should it? 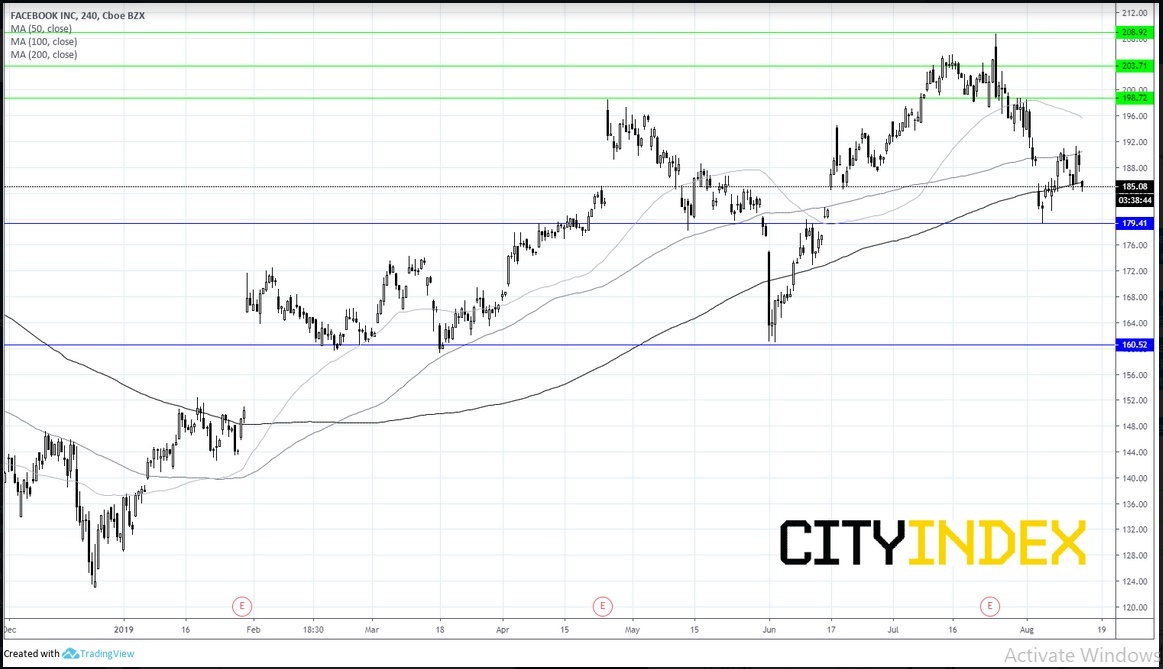