There are so many things to like about the eurozone's improving prospects – raising expectations that can only end in disappointment when the European Central Bank announces its rate decision on June 10. However, any such dip will likely prove temporary due to several factors.

Here is the gameplan for ECB decision.

Three reasons to be optimistic

The EU still lags behind the UK in its vaccination campaign, but has been able to ramp-up jabbing, resulting in a dramatic fall in cases. The old continent is better than Britain and nearing US levels of cases 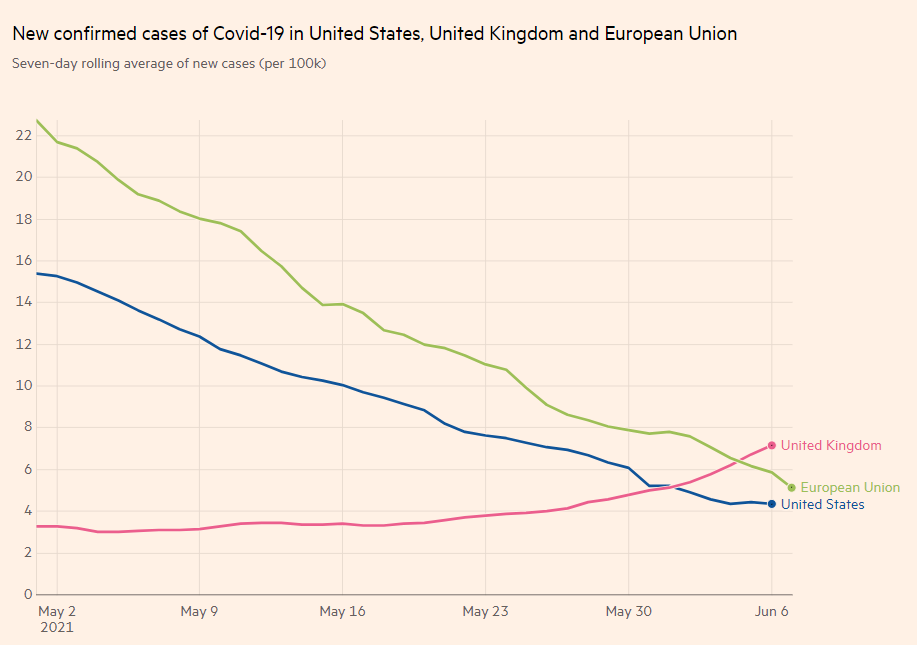 The encouraging chart above has immediate economic consequences – euro area countries are loosening restrictions and returning to normal activity.

While data from earlier in the year still looks depressing, businesses are optimistic about the future. Better sentiment means more investment: The German IFO Business Climate survey is back to levels last seen in May 2019, a two-year high. 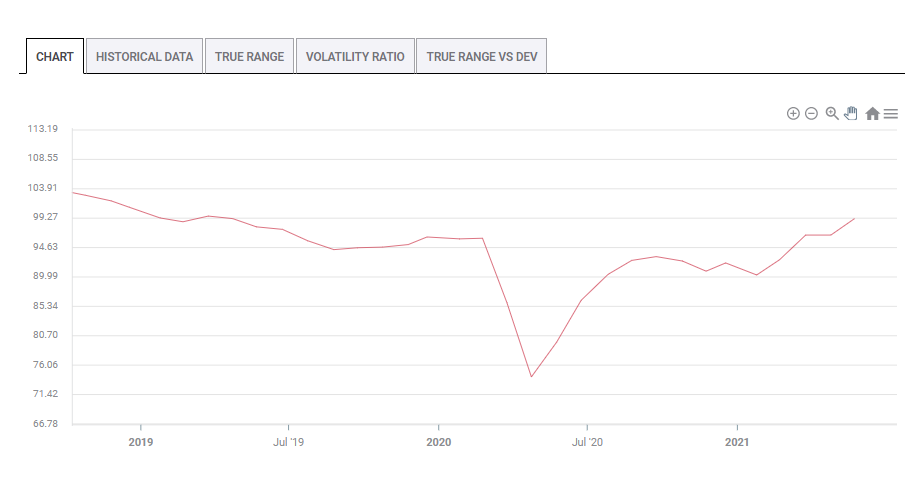 The third reason to expect the ECB to upgrade its tone comes from the bank's mandate – headline inflation hit the 2% target. The ECB aims to achieve an increase in the headline Consumer Price Index (CPI) of "2% or close to 2%"

Mission accomplished, at least in May: 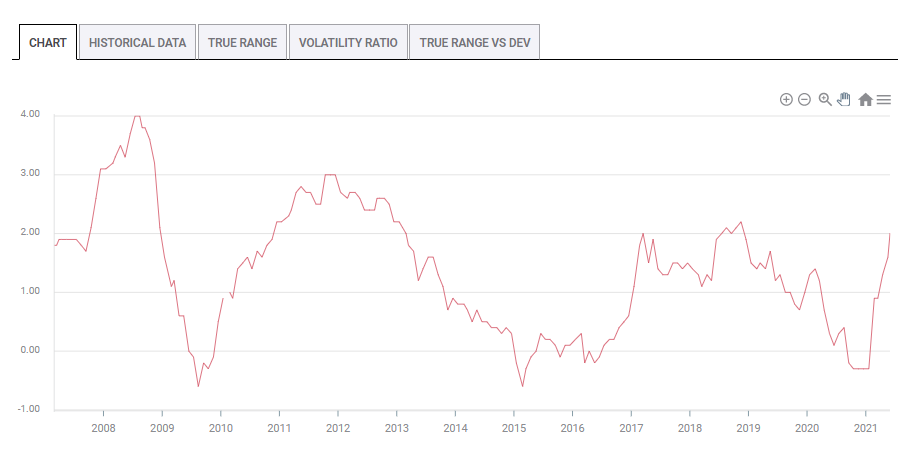 What can the Frankfurt-based institution do in response to an improving outlook? Raising its interest rate is off the cards for the next few years, but it could taper down the pace of its bond buys. The ECB is deploying its Pandemic Emergency Purchase Program (PEPP), a relatively generous plan with few strings attached.

Apart from reducing the rhythm, the bank could also announce that it would refrain from deploying PEPP in full. The current scope is a whopping €1.85 trillion that are expected to be completed

Back in March, ECB President Christine Lagarde announced the bank would ramp up its pace during the second quarter. Back then, bond yields were rising and the recovery was fragile – have things improved enough to allow tapering down?

Expectations for a tapering announcement are keeping the euro bid.

Why the ECB may disappoint with a no-taper decision

There are several reasons why the bank could disappoint cheerful investors and refrain from any tightening at this juncture.

First, the emergence from the covid crisis is still fragile as the increase in UK cases has shown. If the Delta variant spreads quickly in the old continent, lockdowns or delays in easing could be on the cards, serving as a setback to the economy.

Secondly, while headline inflation is at the bank's target, Core CPI remains tame, at 0.9% in May. Lagarde and her colleagues can see through the increase in energy prices and bumps related to the quick reopening and conclude that inflation is temporary. Or as the Federal Reserve says – transitory.

Therefore, a no-change decision is the most likely one, and it could weigh on the euro.

Reasons for a post-ECB recovery

At 12:30 GMT, just as Lagarde begins her press conference, the US publishes fresh CPI figures for May. Expectations are elevated and any headline figure that is under 5% could trigger a sell-off in the dollar.

Another factor to consider is EUR/USD's tendency to undo its moves once the press conference ends and the dust settles. Such a reversion to the mean – seen in the NFP and in other events – may occur also this time.

Overall, EUR/USD may suffer a drop when the ECB releases its decision at 11:45 GMT, but may experience a recovery afterward.