EURJPY has been in an upside corrective mode after the latest rebound off the 127.90 level, creating a triple bottom formation in the region.

In technical indicators, the RSI is pointing upwards in the negative region, confirming the recent bullish move. However, the MACD is still holding below its trigger and zero lines, keeping some caution in place. In trend indicators, the 20- and 40-day simple moving averages (SMAs) have posted a bearish crossover in the short-term picture, currrently approaching the 200-day SMA as well.

If the price continues the upside move, immediate resistance could come from the 200-day SMA at 130.56, while higher, the negative cross of the short-term SMAs at 130.75 will also be closely watched. Breaching these lines, the pair could meet the 131.40 barrier ahead of the 132.90 level.

On the flip side, a potential downside movement could test again the 127.90 bottom. A successful break below this key support would shift the outlook to strongly negative, likely causing a more aggressive sell-off towards the 125.15 hurdle and the 122.80 level.

Summarizing, EURJPY is creating a bullish triple low pattern around 127.90 and any moves beneath this line could bring the bears back into play. In the big picture, a jump beyond the more-than-three-year high of 134.11 is needed to switch the outlook to positive. 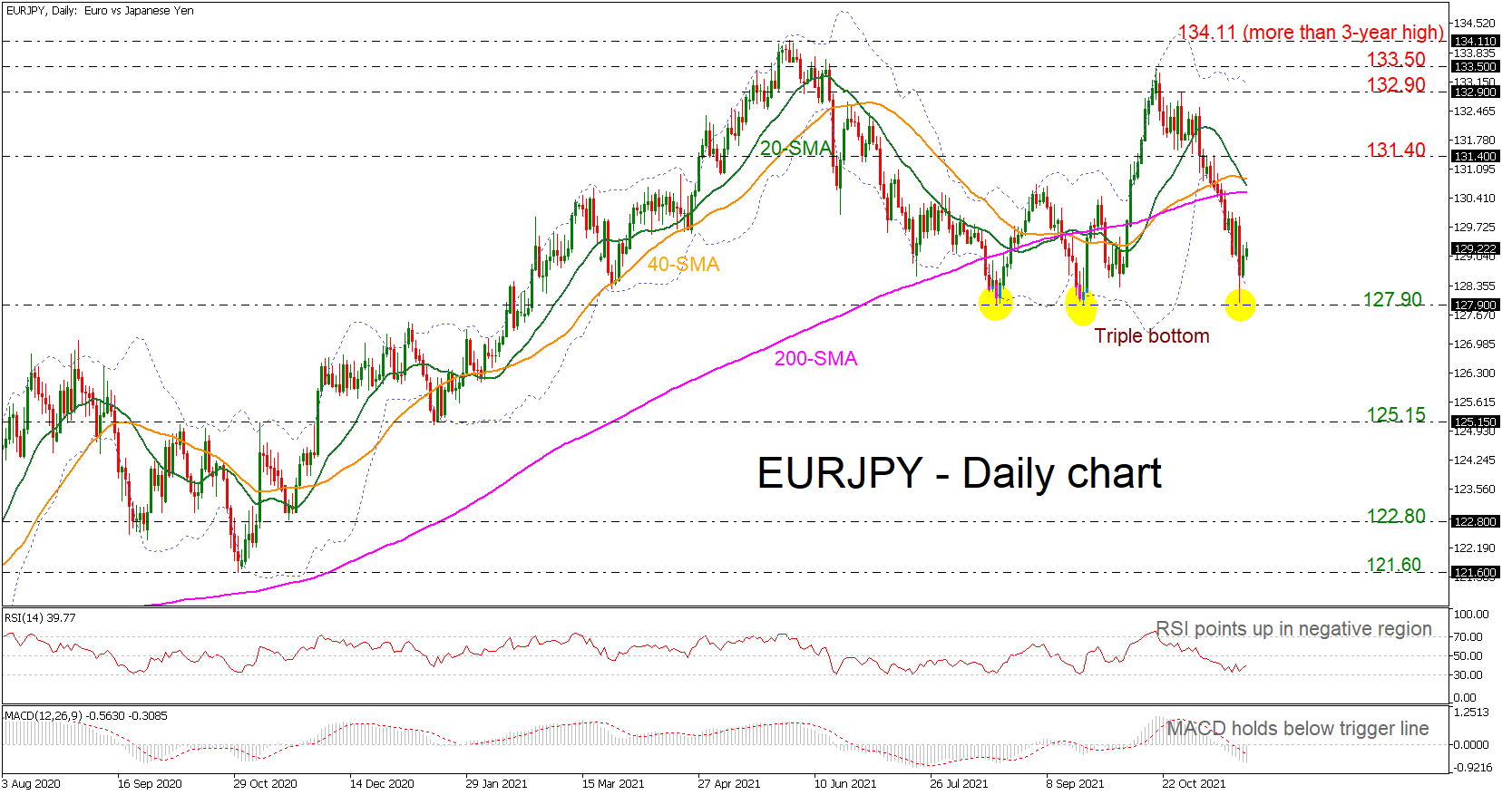