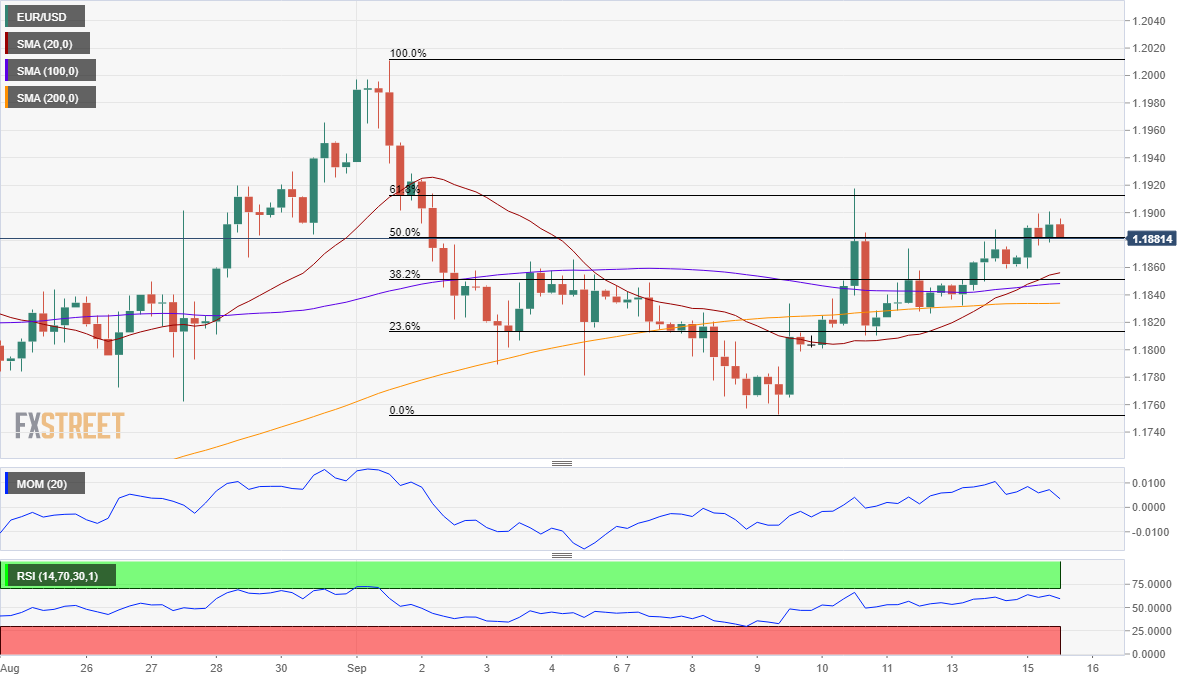 The EUR/USD pair is flirting with the 1.1900 level as the dollar weakness persists. Speculative interest maintains a cautiously optimistic stance ahead of the looming US Federal Reserve monetary policy decision this Wednesday. Encouraging Chinese data released at the beginning of the day kept Asian shares afloat, while their European counterparts are firmly up, underpinning the high-yielding EUR. The dollar remains weak and near its weekly lows against most major rivals, but movements remain contained.

Earlier in the European session, Germany published the September ZEW Survey, which surprised with positive figures, providing additional support to the shared currency. The Economic Sentiment in the country improved to 77.4 in September, while for the whole Union, it jumped to 73.9, both beating the market’s expectations.

The US, on the other hand, has just published the NY Empire State Manufacturing Index for September, which printed at 17, beating the expected 6. Later today, the country will publish August Industrial Production, foreseen at 1% from 3% in the previous month, and Capacity Utilization for the same month, expected at 71.4% from 70.6% in the previous month.

The EUR/USD pair is trading just above the 50% retracement of its September decline, bullish but lacking momentum. The 4-hour chart shows that the pair keeps holding above all of its moving averages, with the 20 SMA advancing above the larger ones. Technical indicators, in the meantime, remain within positive levels without directional strength. The 61.8% retracement of the mentioned decline comes at 1.1915, the level to surpass to confirm a new leg north.