Sentix GmbH recorded the highest increase in consumer confidence in the entire Eurozone since August 2018. Although slow vaccine launches and the third wave were the main reasons for the Eurozone’s gloom, there is a basic factor playing a role in a different growth trajectory, namely fiscal policy. The Eurozone is struggling to ratify and implement the Next Generation EU recovery fund, which was agreed upon in July 2020, because the disbursement of funds is still being used for unemployment insurance and it is likely that the first payment related to the fund will not happen until the second half of this year. 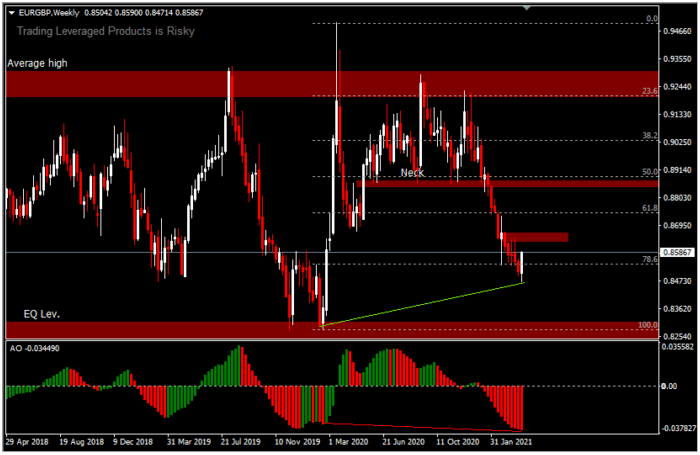 EURGBP – In general, EURGBP is in a downturn in 2021, which has coincided with Britain’s withdrawal from the European Union, or Brexit, as well as the second wave of Covid-19 outbreaks, the latter likely being the main reason for pressing the pair. England was the first country to have good news about the Covid-19 vaccine;  according to Bloomberg, 47.3% of the UK population have been vaccinated so far, while only 12.7% of the EU population has been vaccinated.

The pair strengthened significantly yesterday by recording an increase of +1.16%. Even the Support level 0.8538 which was originally broken down and to print a new low of 0.8471 is now being broken up again. A Golden cross of Tenkensen and Kinjunsen has been formed; this provides a strong rebound signal with the price moving above Kumo which will further target the next resistance level at 0.8644.

However, this rebound yesterday and so far today has not confirmed a reversal, because is falls in line with 4-months down channel range and BB range, so it is still possible that it will ran out of steam and might fall back down to re-test back to the 0.8538 level. Early indications of a rebound are already there, as the AO crossing is above the neutral zone, while the descending trendline in the short term (4-hour chart) has also been broken upwards. To ensure that this advance is not just a liquidation of short positions, there needs to be certainty that the price rally will continue past 0.8644 to confirm short-term gains. 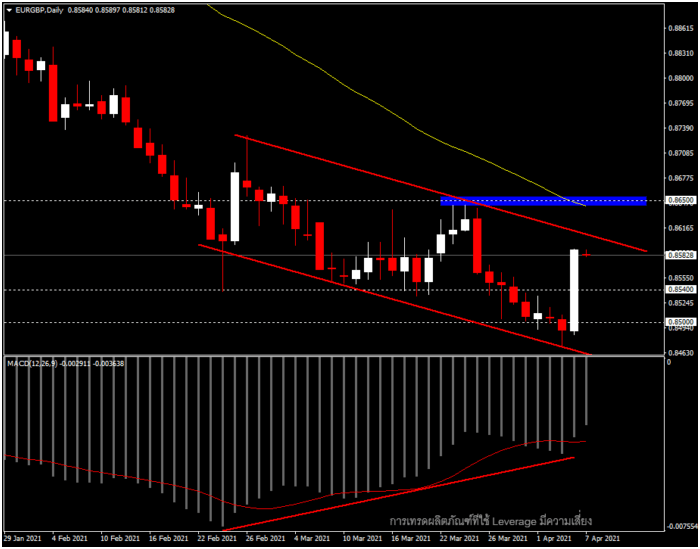 Yesterday’s significant move was in line with the technical view that sees the occurrence of Bullish Divergence since MACD lines are presenting a decrease of negative bias as price action continues its downtrend. Even though MACD lines are still below the lines, a significant Resistance is at the 50-day SMA line at 0.8650, as stated above. Only a break above this level could strengthen the odds of a reversal. On the flip side, a failure to break this level could suggest the continuation of a 4-month decline.