Force majeure – the term that Russia's Gazprom has used to announce cut-offs of gas supplies to several European customers is looming over the euro. It has also pushed inflation higher, contributing to the European Central Bank's imminent first interest rate hike since 2011. But, by how much? That is only one of the open questions that will set the direction of EUR/USD in response to this historic event.

I believe it will end in tears for euro bulls, for three factors. First, let us start with some background on why the ECB will "lift off:"

The ECB officially has a "single needle in the compass" – only one goal, of keeping price rises at around 2% yearly. It is not working to plan. After years of working hard to avert a depressing drop in prices, the bank is now facing an 8.6% inflation rate.

The cost of energy and, especially gas, has propelled prices higher, but pressures have become broader. Excluding volatile items such as food and energy, prices have risen by 3.7% in the year ending in June. This is partially a result of a blessed low unemployment rate – but one that has also led to overheating. 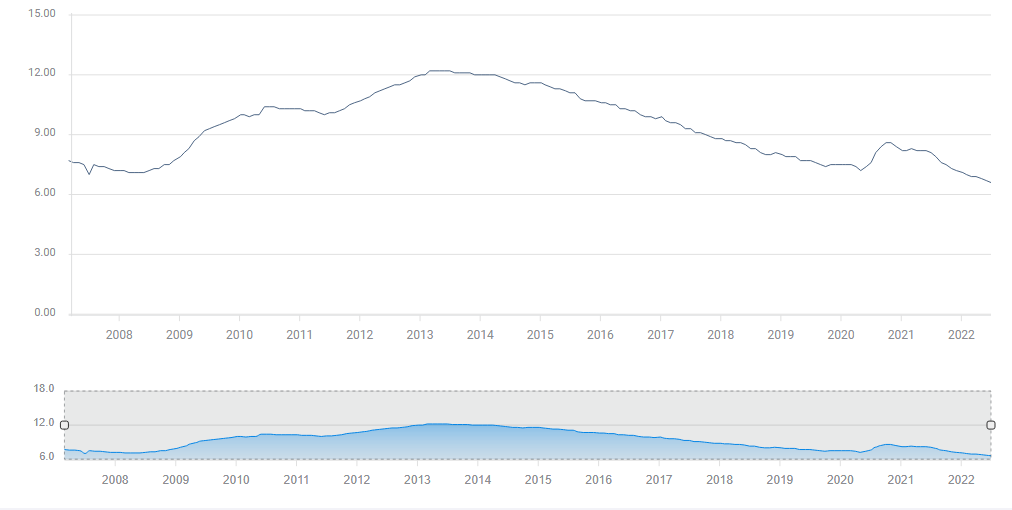 That has set the stage for a rate hike – the first since 2011. Since then, borrowing costs have been falling, with the ECB's deposit rate hitting a low of -0.50% in the pandemic era. In preparation for increasing rates, the Frankfurt-based institution has stopped printing euros – the inflationary effort to stimulate the economy.

However, without ongoing bond-buying, investors fear maintaining high debt levels would become unsustainable. The problem is especially acute in Italy, which is the eurozone's third-largest economy and has also suffered from political instability. Italian PM Mario Draghi – formerly the successful ECB President – is on the verge of quitting, a move that is worrying markets.

ECB President Christine Lagarde has clearly stated that she intends to oversee a 25 bps rate hike in the upcoming meeting, and indicated the bank could further increase borrowing costs by 50 bps in September, depending on the data. Officials have reiterated that message in the run-up to Thursday's event – but then came a report from unnamed "sources" suggesting that a 50 bps move is on the cards.

That publication boosted the euro, adding to uncertainty.

1) A 25 bps or 50 bps hike?: At the time of writing, markets have fully embraced the report about a potential double-dose rate hike. That means that a return to 0% from the current -0.50% would marginally support the euro. It is mostly priced in. Assuming nothing changes, sticking to the 25 bps hike telegraphed by Lagarde would send the euro down. The risks are to the downside.

2) What's next? Investors project the ECB to lift borrowing costs by 50 bps in September, and that has remained unchanged. If Lagarde turns this expectation into a promise, the euro would likely shrug it off. It would take an open door to a 75 bps hike – potentially in response to a question by journalists – to give the euro a big boost.

On the other hand, if fears of a gas cut-off from Russia are high on the ECB's list of risks, Lagarde could refrain from any such commitment, sending the euro down. Such a scenario would leave less money in Europeans' pockets to buy other things. And, it would trigger a collapse of certain German industries, raising unemployment and adding further downside pressure on inflation

It is essential to note that Russia's Gazprom is currently scheduled to resume flows to Germany via the Nord Stream pipeline on Thursday. If the pipes remain quiet, the euro would suffer and a promise for a fast pace of hikes would likely cast doubt among investors. That is a substantial downside risk for the euro.

3) Saving Italy now? In mid-June, Lagarde summoned the ECB for an emergency meeting to discuss the sell-off in Italian bonds, aka "fragmentation." The bank is responsible for monetary policy across the 19-country currency bloc, and does not want to see different bond yields for different countries.

Back then, it came out with an announcement to provide an "anti-fragmentation" tool. Some expect the ECB to buy more Italian and other sovereign debt, while selling that of Germany and other countries considered fiscally prudent. In theory, the ECB might even resume its bond-buying scheme while raising rates, although that is less likely.

If Lagarde presents a plan to prevent soaring borrowing costs for governments, it would be positive for the euro, even if it means printing more euros and technically devaluing the currency. However, if she says such a plan is still in the works – northern European policymakers are reluctant to provide such support – it would hurt the euro.

The ECB decision has become more consequential for the euro – and arguably with more downside risks – after the report discussing a 50 bps rate hike. Given the specter of a Russian gas cut off and rationing, it is hard to see the bank vowing to raise borrowing costs by a certain amount in September. It is still a long time off.

The only silver lining for the euro would come from a plan to stabilize debt markets and prevent another euro-crisis. Nevertheless, I see more downside risks to EUR/USD than upside.