The New Zealand dollar retreated against the US dollar even after the surprise rate hike by the country’s central bank. The RBNZ decided to hike interest rates from 1.0% to 1.50%. This was a bigger increase than what most analysts were expecting. It was also the bank’s biggest rate hike in about 22 years. In justifying the rate hike, the bank’s governor said that it was necessary to act rather than in the future when inflation soars. Recent data from New Zealand has shown that inflation has risen to a multi-year high while the unemployment rate has fallen to the lowest level in years.

US futures rose modestly as the earnings season kicked off. Futures tied to the Dow Jones, Nasdaq 100, and S&P 500 indices rose by more than 0.35%. Blackrock, the biggest wealth manager in the world, said that its earnings rose at a faster pace than expected. Its business saw inflows of $114 billion. It now has over $10.1 trillion in assets. Delta Airlines reported a loss for the first quarter but hinted that its business was doing well. It raised its guidance and said that its demand had risen to an all-time high. On the other hand, JP Morgan, the biggest bank in the US by assets said that its revenue rose to $31.59 billion while its earnings per share fell to $2.63.

The British pound also declined against the US dollar after the latest UK inflation data. The numbers showed that the country’s consumer and producer price index rose in March. The headline CPI rose from 6.2% in February to 7.0% in March. Excluding the volatile food and energy, the CPI rose from 5.2% to 5.7%. Meanwhile, the producer price index input and output rose by 19.2% and 11.9%, respectively. Therefore, there are risks that the UK is sinking into deflation considering that data published on Monday showed that the economic growth is slowing.

The GBPUSD pair declined slightly after the latest UK inflation data. It is trading at 1.1300, where it has been in the past few days. It has moved slightly below the 25-day and 50-day moving averages and is trading at the lowest level since March 12. The MACD has consistently remained below the neutral level. Therefore, there is a likelihood that the pair will likely keep falling in the near term. 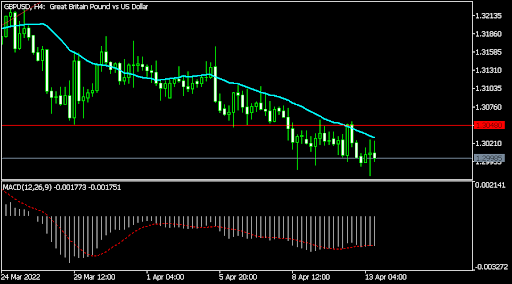 The EURUSD pair remained under pressure ahead of the upcoming European Central Bank (ECB) decision. The pair is trading at 1.0833, where it has been lately. It is also close to its lowest level since 2020. On the hourly chart, the pair has moved slightly below the short and longer-term moving averages. The MACD has started moving upwards while the Force Index is moving sideways. Therefore, the pair will likely remain in this range ahead of the upcoming ECB decision. 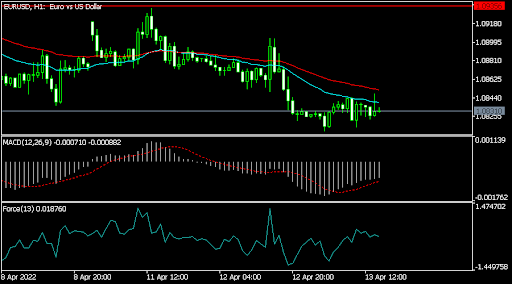 The NZDUSD pair continued its downward trend and moved to the lowest level since March 16th. The pair moved to the lower side of the Bollinger Bands while the MACD has moved below the neutral level. It has declined below the 25-day moving average while the Relative Vigor Index has made a bearish crossover. Therefore, the pair will likely keep falling. 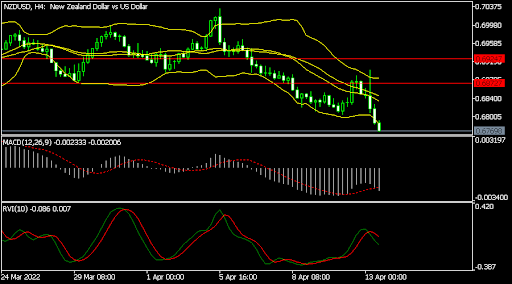