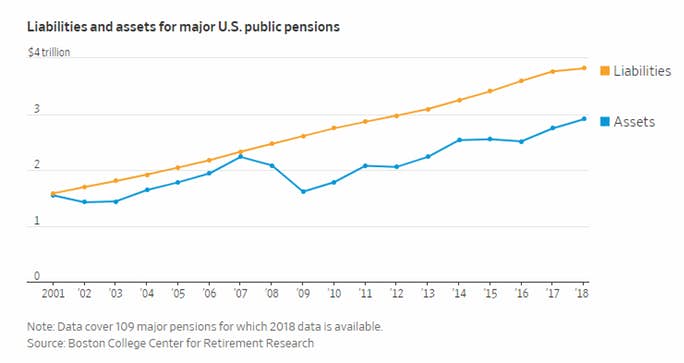 “Some of the states allowed themselves to get so underfunded that the higher returns aren’t helping them enough,” said Michael Cembalest, chairman of market and investment strategy for the asset-management arm of JPMorgan Chase & Co. and the author of an annual study on the financial health of cities and states. 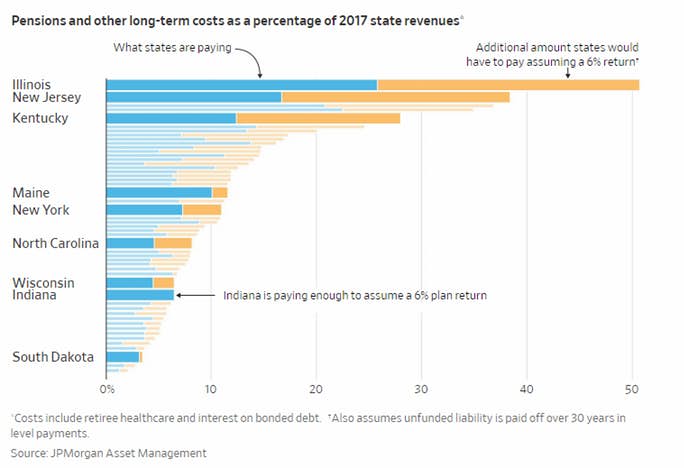 Illinois, New Jersey and Kentucky top the list of states in worst shape on a percentage of revenue basis.

Many states and cities reduced benefits for new employees after 2008. But deeper cuts often met resistance from judges, unions and angry constituents—even in some of the most indebted states.

The Illinois Supreme Court in 2015 threw out cuts by the legislature that were expected to save tens of billions of dollars. Kentucky’s legislature last year declined to approve the governor’s proposed cuts to cost-of-living increases for retired teachers after protests brought thousands to the state capitol and forced cancellations of classes in several school districts. 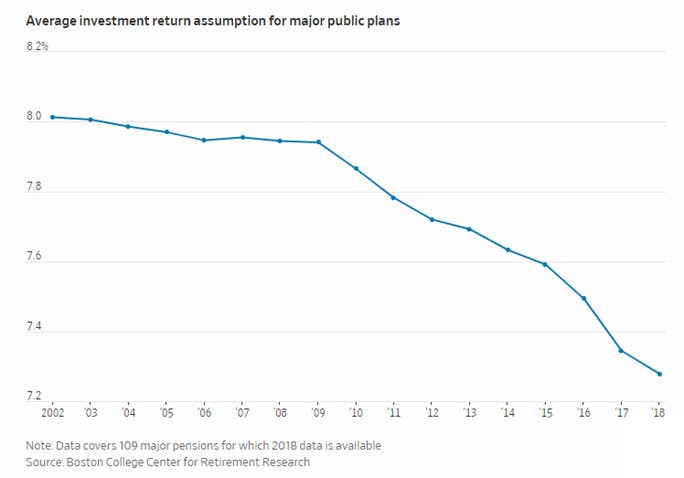 The average pension plan assumption is about 7.3%. That's not going to happen.

Please consider charts and commentary from John Hussman's April 2019 post You Are Here. 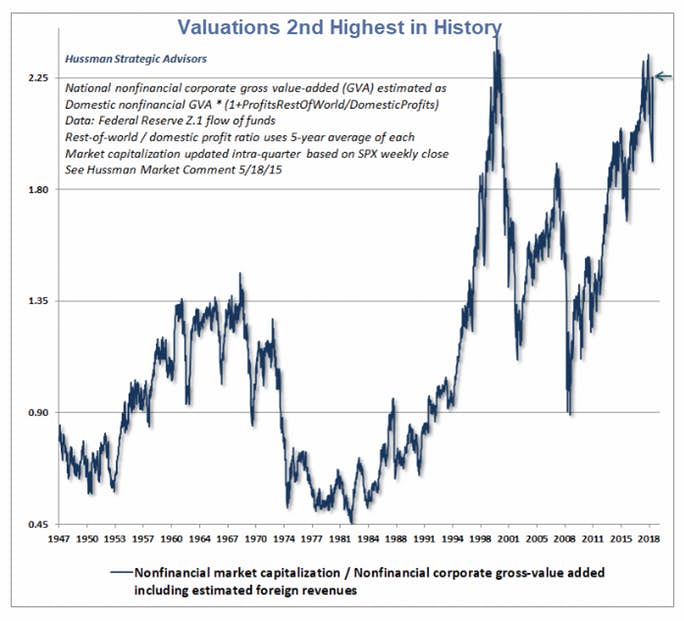 The following chart shows nonfinancial market cap/nominal potential GDP on an inverted log scale (left), with actual subsequent 12-year S&P 500 total returns on the right scale. As usual, note that speculative bubbles always make it appear that valuations haven’t “worked” in the period immediately preceding the top, precisely because a substantial, if temporary, violation of historical norms is required to get to those extremes. As indicated by other reliable measures, investors are presently facing the likelihood of prospective nominal 12-year S&P 500 total returns averaging roughly zero. 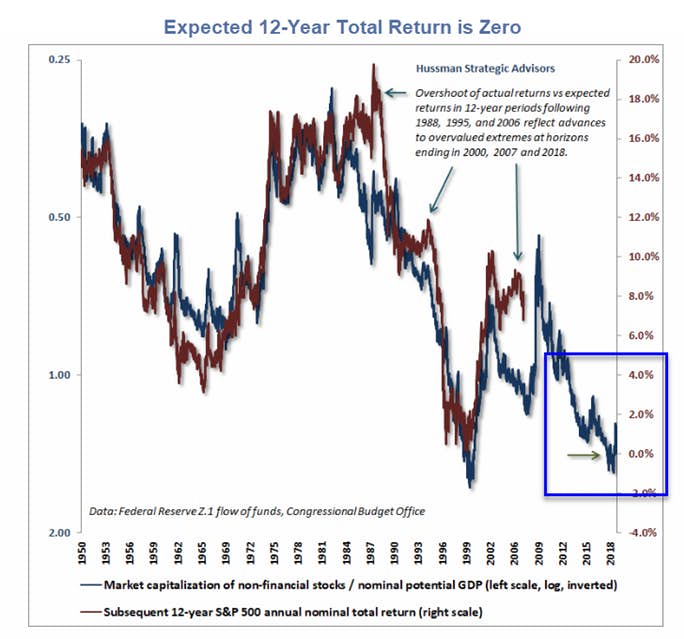 I’m utterly mesmerized by the credulity of investors who believe that the Federal Reserve is capable of saving them from every possible contingency, no matter how irresponsible their own speculative behavior might be.

Imagine the shock of pension plans if the 12-year average is as low as 4% a year let alone a total return of zero,