China kicks-off the week with positive Data, the Caixin PMI overnight showed the fourth consecutive reading above 50 further supporting the view that China is not being crushed under the load of the tariffs. 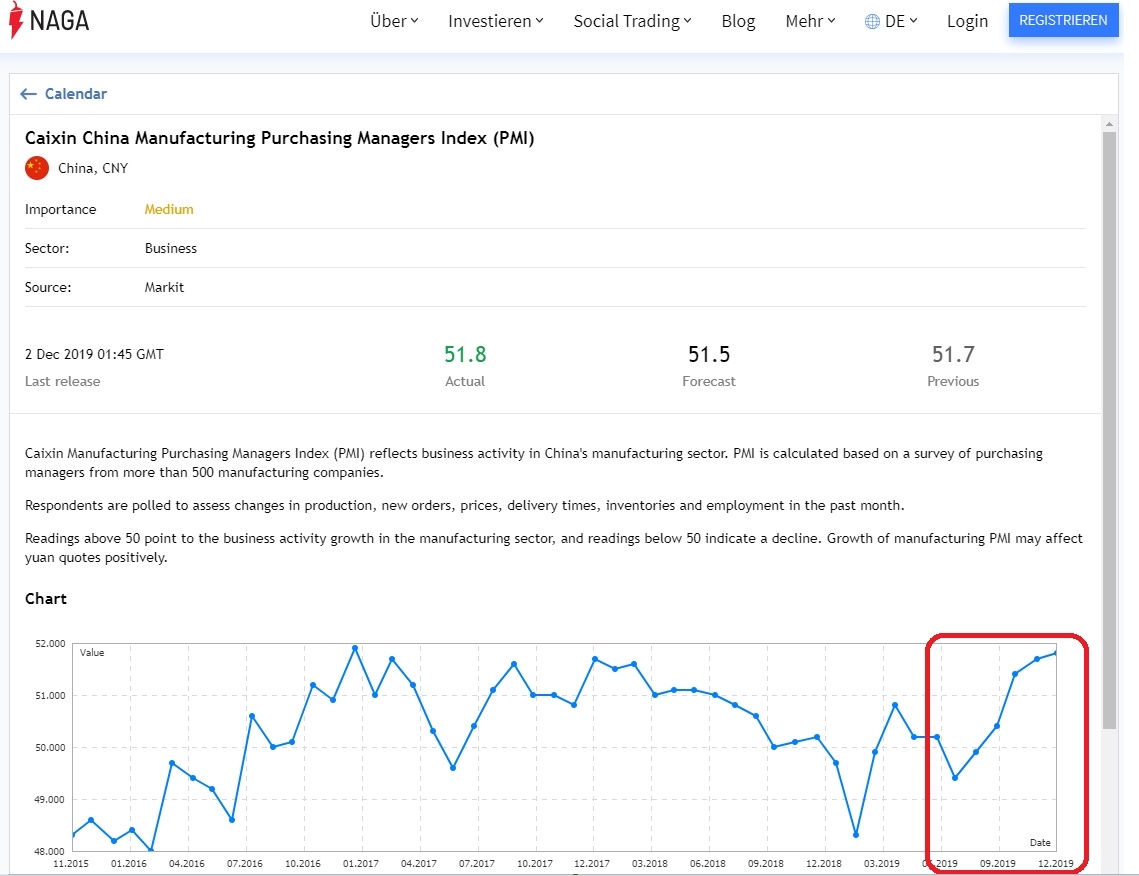 The Chinese data was merely the start as we are awaiting the Manufacturing PMI data out of Europe, particularly if Germany is seeing any sort of a turnaround at all followed by the ISM Manufacturing PMI Data out of the US, where all eyes are on whether the reading will still come in below 50 meaning recessionary.

US Stock markets continue to shrug anything negative off

With all 3 major US stock market indices close to all time highs one can only assess that they seem to be immune to most developments in their positive expectation of a Phase 1 deal to eventually happen and while cheap money continues to allow companies to mount up debt and engage in buybacks which ultimately seem the main driving factor of their stock market prices.

The USD is taking a break from its strength that pushed through the whole last month. That said The good Chinese data gave the AUD and NZD some boost and especially the latter could see more upside after its central bank was firm on not cutting rates until the Feb meeting and news about a stimulus package being discussed. The AUD however could potentially see another setback if the RBA who will meet very early tomorrow reiterates its dovish stance.

The EUR remains on the verge of losing the 1.10 support, especially with a possible government crisis in Germany where the coalition partner of the ruling government the SPD has elected two known anti-establishment politicians and clearly show the SPD is seeing to find its way back to its rather left of the spectrum positioned roots which could lead to the present government being a big coalition to fall apart and drag the EUR down with it.

The GBP could find itself to be the winner of this coming December IF Boris Johnson succeeds in this upcoming election. The polls continue to show that he has a big chance to indeed win the election which is keeping the Pound supported and might elevate it to reattempt the 1.30 sooner than later.

The price of Oil dropped heavily and may find further pressure push it lower on news that both Russia and Saudi Arabia not clear about any further commitment to additional OPEC+ cuts. If these rumours are true we may see a significant increase of oil production in a world with a falling demand for oil which ultimately pushes the price lower and further lower.

The precious metal gold traded a bit higher but given the week started with more upbeat data out of China, if good data persists throughout the European and US American session then Gold could see some downside which could be a bit equalized if the USD would weaken further as it already started to show a little bit starting into this week.

Bitcoin missed the chance to break into the $8k over the weekend and has fallen back now on news of a possible Crypto ban in Russia to the lower $7k levels and i the price does not recover back above the $7,4k levels chances are sub $7k levels are back in play.