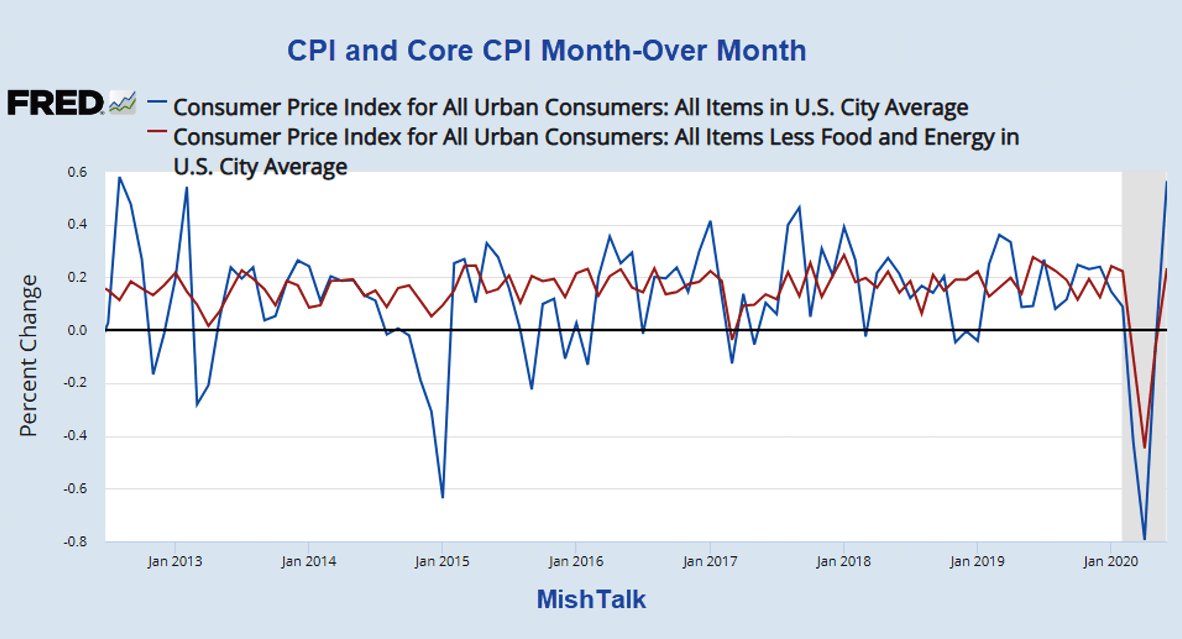 The CPI jumped 0.6 percent in June according to the BLS. The jump was energy related.

Following an unprecedented 3 consecutive month decline in core CPI. the BLS reports the CPI jumped 0.6% in June with the core CPI up 0.2%.

Anyone buying their own medical insurance, those in college, and those looking to buy a home, and those in areas with high rent a home will dispute the stated CPI.

The BLS does not directly factor in the price of homes into the CPI. Rather the BLS goes through a ridiculous process in which it asks people how much they would rent their their own house from themselves and uses that number as Owners' Equivalent Rent (OER).

Nor does the BLS factor in soaring equity prices. And that is the primary place inflation has turned up now.

Inflationistas will point to the 0.6% rise and once again say "here we go".

But those expecting a big jump in the CPI as calculated will be wrong again.

These factors will easily outweigh government stimulus and Fed manipulations.

State Claims Decline But All Unemployment Claims Are on the Rise 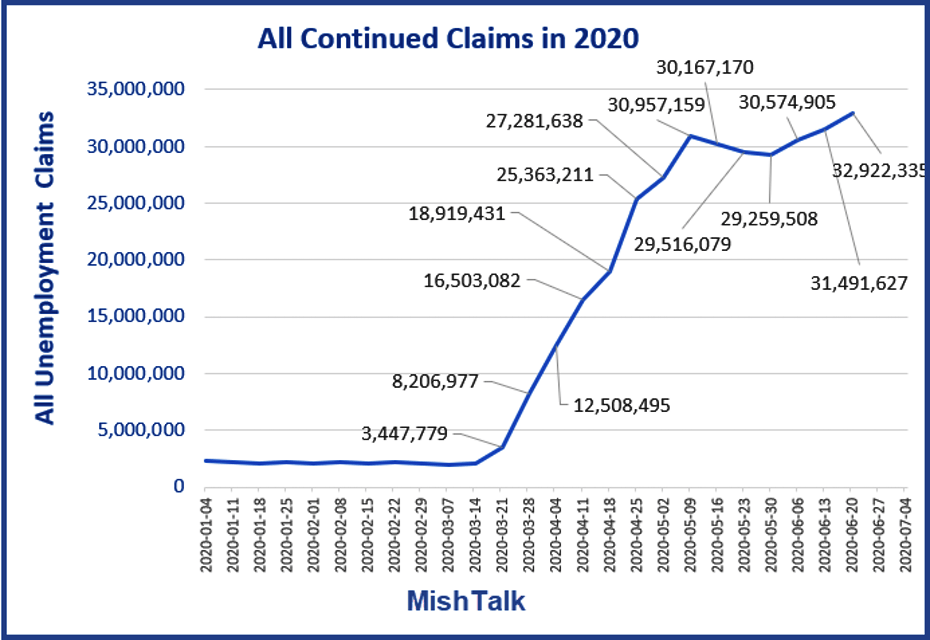 There is nothing inflationary about the above trends.

Importantly, some 20 million to 30 million people are out of work and will remain out of work, on life support of State Unemployment Insurance plus pandemic assistance.

Demand destruction is massive. It is too great for the CPI, as constructed, to jump on a sustained basis.