China was ruled by the Tang dynasty for three centuries from 618 to 907 AD. Under the Tang Emperors there was a new legal code and administrative reform including an expansion of the system of imperial examinations for government positions, an institution which lasted in China until 1905. The stability and innovations of the Tang era led to an economic miracle whose impact was felt far beyond the empire’s borders.

The Tang Dynasty coincided with the foundation and expansion of Islam in the Near East. Trade with Tang China greatly enhanced the economies of the newly established Islamic empires - the Umayyads and the Abbassids - and was fundamental to their success. Arguably it was when trade with China went into decline several centuries later that the Islamic empires also receded.

After it’s foundation Islam became the superhighway of the ancient learning of the Near East - Egyptian, Greek, Persian, Mesopotamian, Assyrian, etc. The Abbassid Caliphate (AD 750 - 1258) is considered the most influential precursor state in the West between the Roman Empire and the evolution of the modern state in France and England in the eighteenth century. 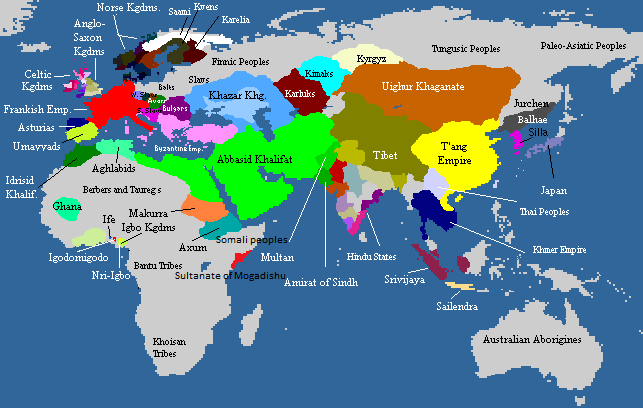 Texts were translated from Greek, Sanskrit, Persian etc into Arabic and contributed to an intellectual and scientific flourescence without which the subsequent rise of the West is unthinkable. The modern numerical system was borrowed from India via Sindh Province and spread throughout Islam from whence it came to the attention of Italian traders in the Mediterranean and would eventually replace the more cumbersome Roman numerals. The words algebra and algorithm also came from arabic.

One can argue that the rise of the West was due to the discovery and exploitation of the Americas which generated an economic stimulus which, in turn, led to the industrial revolution. The industrial age was unique to the West in it’s foundation period and it eclipsed all other civilisations for several centuries but we are now in an era where industrialisation has spread around the world.

A theme of this column is that China is now the world’s largest economy by some distance and even for those who dispute the methodology there is no denying that it is the workshop of the world with eight times as many industrial workers as the US. The corrollary is that China will, in due course, replace the US as the dominant military and diplomatic power in Asia corresponding to it’s economic might.

The West has always been in a dialectical relationship with Islam and indeed often defined itself against Islam. To this day the US and some of it’s allies continue to act in ways which allienate the Islamic world and only have close relations with those states which depend on them militarily and economically.