The economic calendar for this week is relatively light, and the highlights will be the US inflation and Chinese GDP numbers. However, with three central bank meetings scheduled for the next 5 trading days, there should be no lack of volatility – at least in FX.

The Reserve Bank of New Zealand will announce its rate decision on Wednesday. While no changes to its interest rates are expected, the RBNZ is likely to take a hawkish stance following a series of strong economic data and rising inflation. A rate hike might even arrive later this year.

With the RBNZ acknowledging the strong economic recovery and an increased risk that inflation might run persistently high rather than just temporary, the market will begin to price in an earlier rate hike. This should give the New Zealand Dollar a boost. But which currency pairs should traders focus on?

NZD/JPY is traditionally seen as a risk barometer, just like AUD/JPY, and it performs exceptionally well when markets are in a "risk-on" mode. While stocks have seen some larger price swings recently, there is little doubt that risk appetite remains healthy.

The currency pair recently bounced off the 76.00 support level – for a second time in two consecutive trading days. The focus is now on the 77.70 resistance level, as a clear break above that level could pave the way for a return to the 80.18 level. 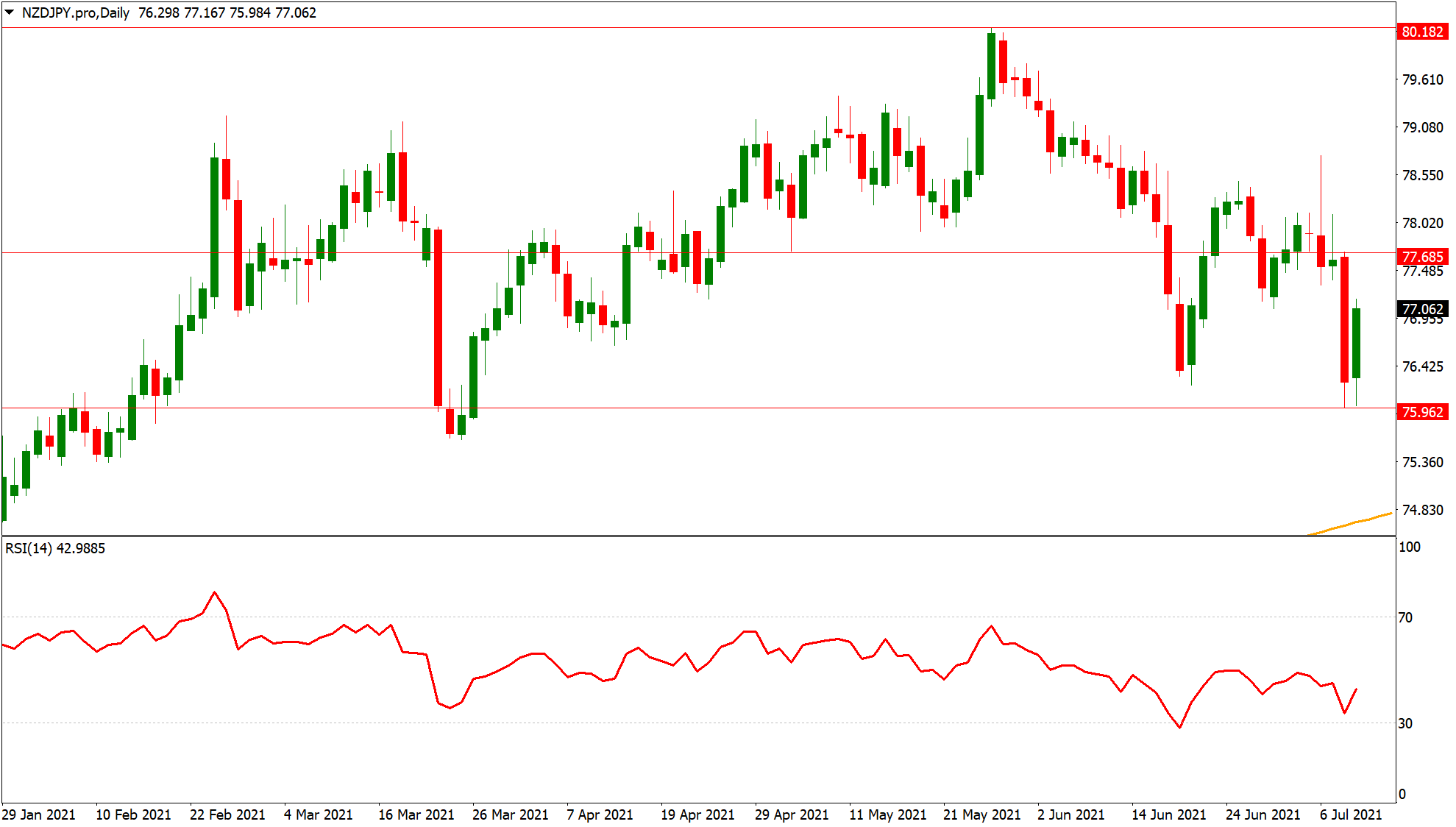 The Bank of Canada will announce their rate decision on Wednesday too and, like the RBNZ, it is likely to show its hawkish side following economic data that exceeded expectations. The market is expecting that the Bank of Canada will have its first rate hike in the final quarter of 2022. However, rate expectations could increase soon as the central bank begins to taper its asset purchases.

This would give the Canadian Dollar a boost and aid a recovery from its recent slump against the US Dollar. The recent drop in oil prices and uncertainty surrounding a potential last-minute OPEC+ deal has weighed on the currency.

Looking at the USD/CAD chart, the broad downtrend remains clearly intact, and traders will be keeping a close eye on the 1.2345/65 support zone. A clear break below this area could pave the way for a continuation of the downtrend towards the psychologically important 1.20 level.  To the topside, key resistance is seen at 1.26, followed by the 200 DMA - currently residing around 1.2730. 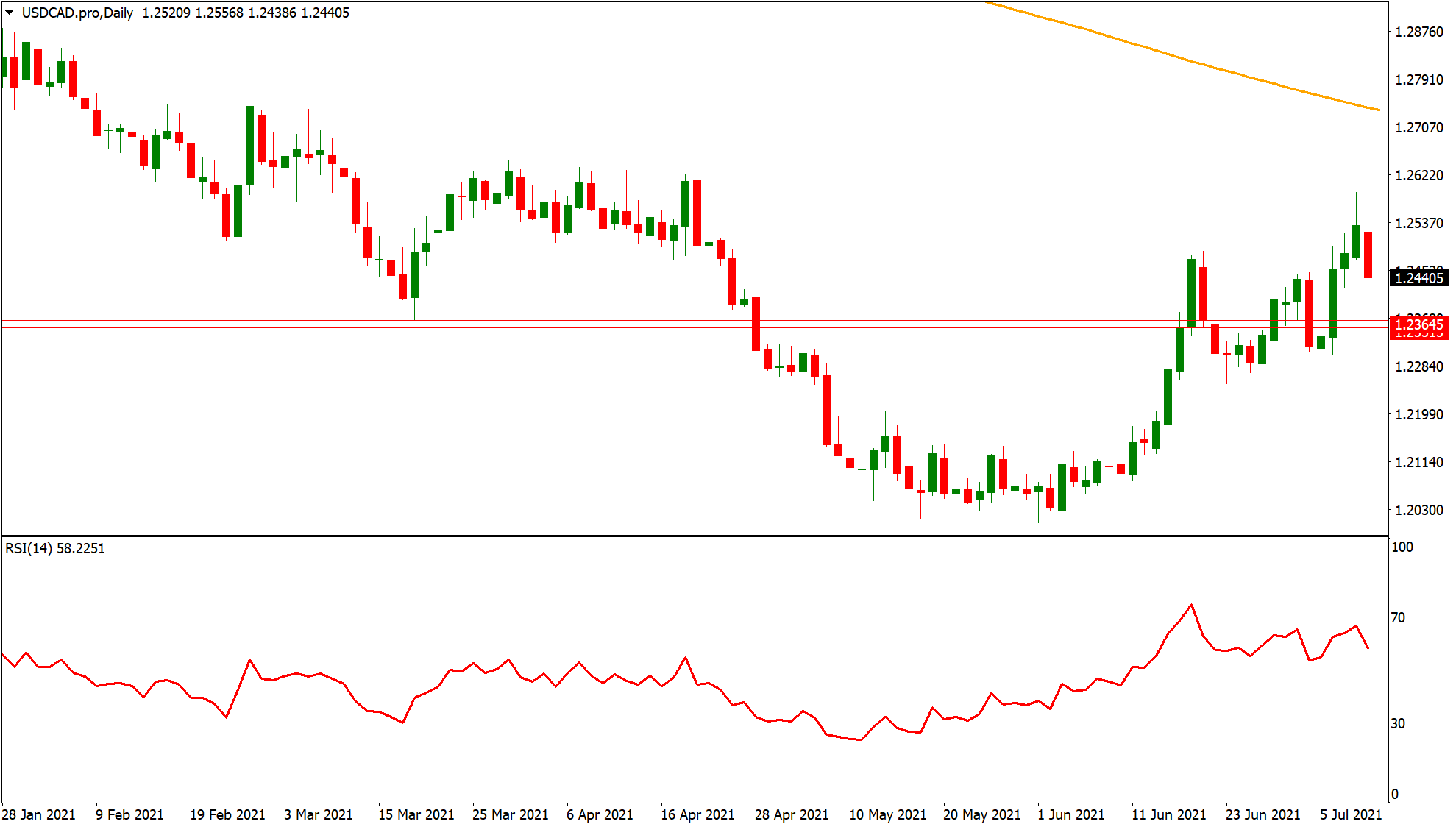 Positive RSI divergence on the CAD/JPY daily chart is hinting at a potential recovery. The next major obstacle for the currency pair lies at 90.00 – a daily close above this level could trigger momentum buying and push CAD/JPY towards the May high at 91.18. 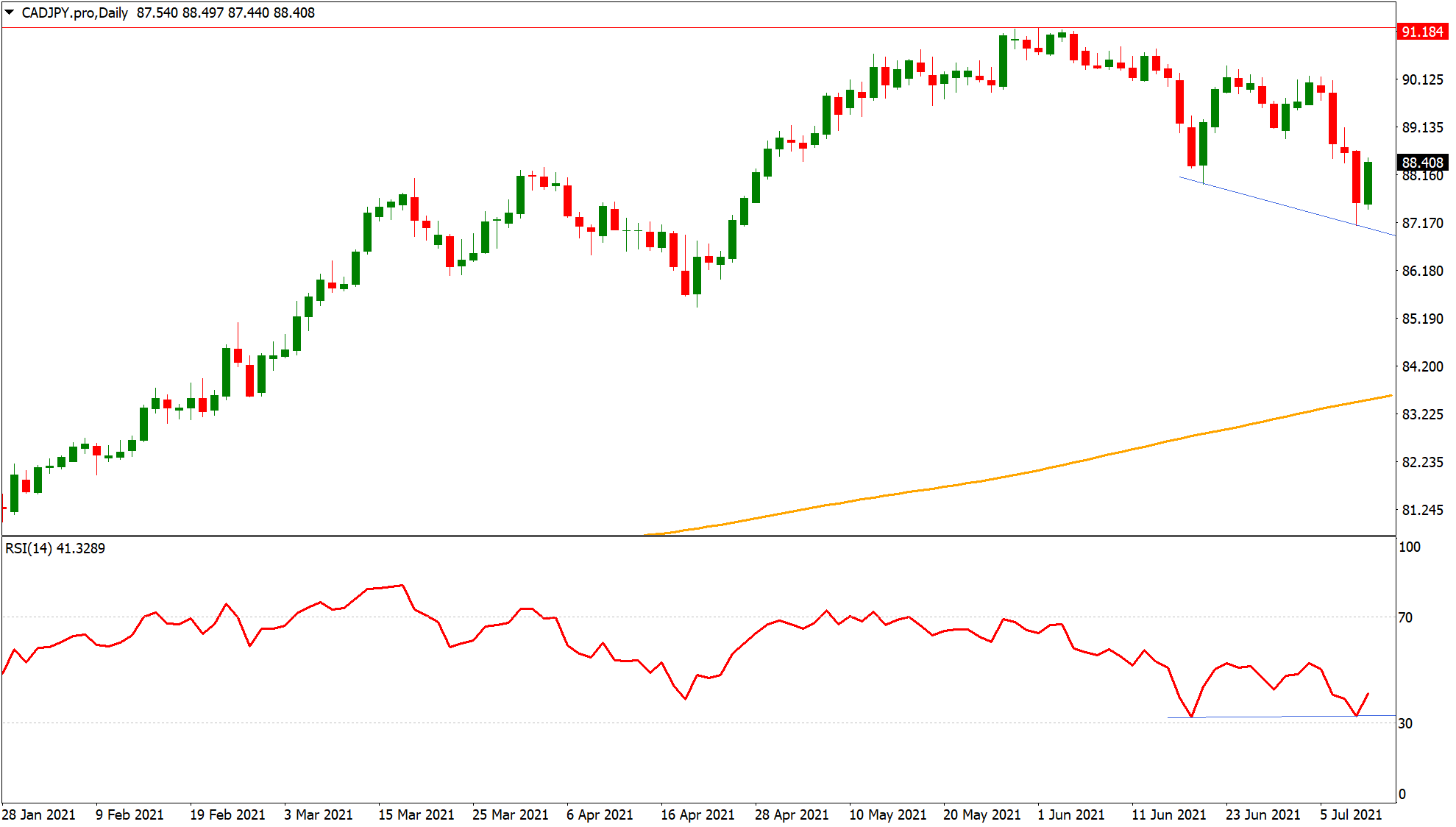