The Canadian dollar is in positive territory for a third consecutive day. Currently, USD/CAD is trading at 1.2493, down 0.20% on the day. It has been a relatively quiet day week for the pair, but that could change in the North American session, with the release of US retail sales. Canada will release Manufacturing Sales and ADP employment report (12:30 GMT).

Manufacturing sales jumped 3.1% in January, but analysts expect a downturn in February, with an estimate of -1.1%. ADP nonfarm payrolls has been dismal, with back-to-back declines. Gains in the upcoming release could boost the Canadian dollar.

The US dollar has been on the defensive lately, but that could change if Retail Sales bounce back as expected (12:30 GMT). Retail sales were dismal in February, as the headline and core readings both posted declines. However, the consensus for March stands at 5.7% for the headline read and 5.1% for core retail sales. If the retail sales show sharp gains, we could see the US dollar flex some muscles in the North American session.

Investors are keeping an eye on the Bank of Canada’s next policy meeting on April 21st. No change in interest rates is expected, but the BoC has signalled that it is planning to taper its QE programme, which it put in place to support the economy and keep interest rates at low levels. Will the BoC reduce QE at the policy meeting? If the BoC does make such a move, it would make Canada the first of the G-7 members to take such a step, and would be bullish for the Canadian dollar. 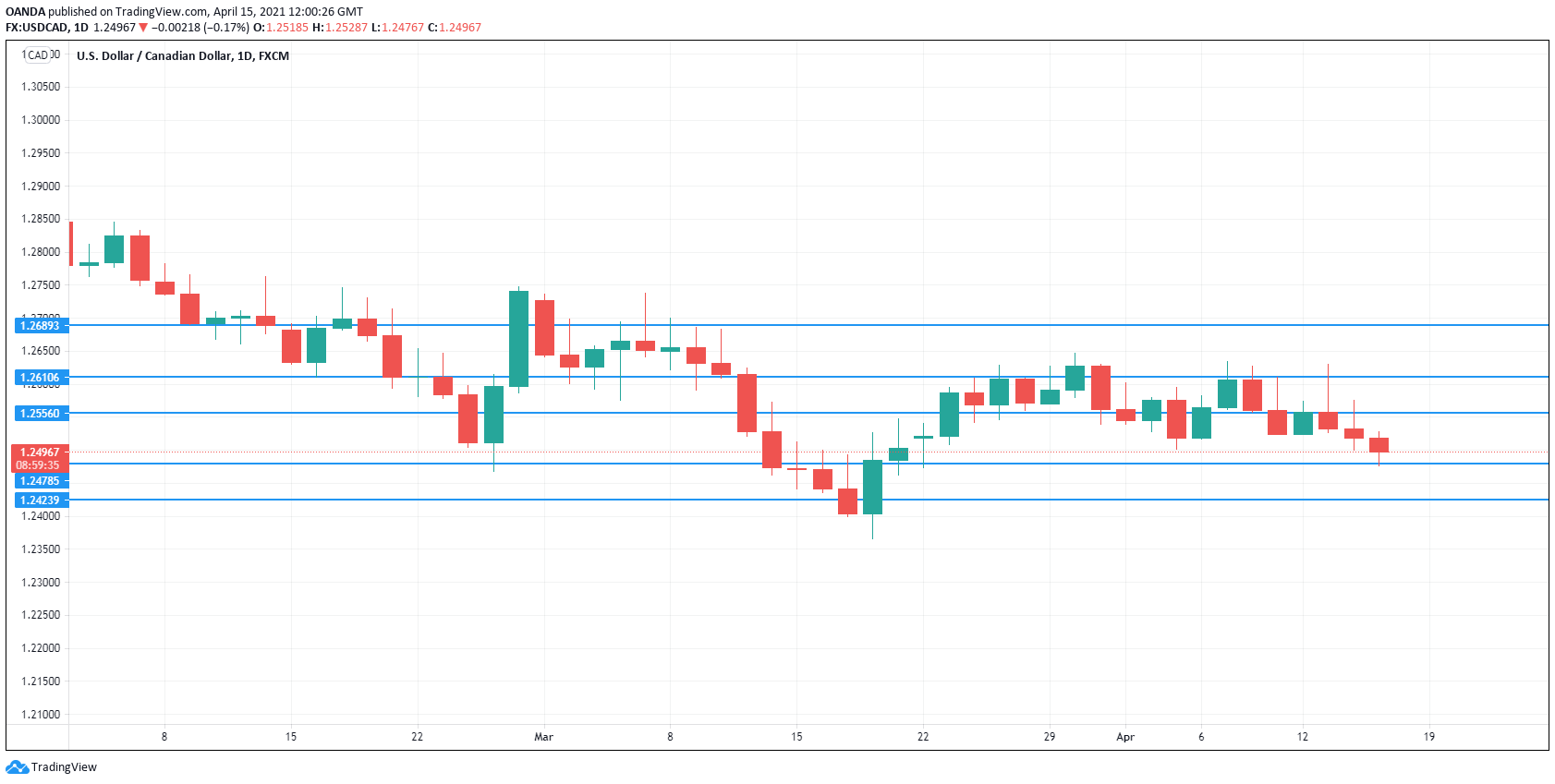