Summary: The Japanese Yen dropped to a fresh 24-year low against the US Dollar after the Bank of Japan kept its ultra-loose monetary policy intact, meeting minutes revealed. Overnight, the USD/JPY pair rocketed to 136.70, not seen since August 1998 from 135.10 yesterday. The Greenback eased to 136.50 Yen in volatile overnight trade. The BOJ was an outlier amidst other major central banks who have recently moved to tighten policy and was supported by Japanese Prime Minister Fumio Kishida. Meantime, the Dollar Index (USD/DXY), a popular measure of the Greenback’s value against a basket of 6 major currencies was little changed at 104.43 (104.45 yesterday). The Euro (EUR/USD) edged up to 1.0530 in late New York from yesterday’s 1.0515. Sterling (GBP/USD) gained to 1.2275 (1.2248) despite a nationwide strike by UK rail workers. The Australian Dollar (AUD/USD) was last at 0.6970 from 0.6960 yesterday, failing to break back above 0.70 cents despite the rise in risk sentiment.

Wall Street stocks rallied following upbeat comments from US Treasury Secretary Janet Yellen. Yellen said she believed that there is a path to bringing down inflation while maintaining a strong labour market. The DOW gained 1.32% to 30,560 (30,195) while the S&P 500 closed at 3,767 (3,717), up 1.43%. US bond yields steadied following their climb yesterday. The benchmark 10-year treasury rate was unchanged at 3.27%. German 10-year Bund yields rose 2 basis points to 1.76%. Japan’s 10-year JGB yield was unchanged at 0.23%.

Data released yesterday: Switzerland’s Trade Surplus eased to +CHF 3.12 billion from a previous downward revised +CHF 4.03 billion, and lower than estimates at +CHF 3.78 billion. The Eurozone Current Account Deficit climbed to -EUR 5.8 billion from -EUR 1.6 billion, and bigger than median estimates of -EUR 3.2 billion. UK CBI (Confederation of British Industry) Industrial Orders Expectations fell to 18 from a previous 26, lower than estimates at 22. Canada’s May Retail Sales (m/m) climbed to 0.9% from an upward revised 0.2%, and stronger than estimates at 0.8%. Canada’s May Core Retail Sales (m/m) rose to 1.3%, higher than expectations at 0.5%. US Existing Home Sales climbed to 5.41 million units, lower than the previous 5.60 million but bettering forecasts at 5.40 million. Earlier this morning, New Zealand’s GDT Milk Price Index fell -1.3% from a previous +1.5%. New Zealand’s Trade Balance eased to +NZD 263 million from a downward revised +NZD 440 million, missing expectations at +NZD 580 million. The Kiwi (NZD/USD) dipped to 0.6325 from 0.6335.

US Fed Chair Jerome Powell is due to testify before the Senate Banking Committee in Washington DC on the Semi-Annual Monetary Policy Report. Earlier, Swiss National Bank Chairman Thomas Jordan speaks at a panel discussion on the “Future of Financial Services” in Zurich, Switzerland.

Trading Perspective: Expect markets to remain jittery this morning amidst a weakening Japanese Yen. The Dollar Index which measures the value of the Greenback against a basket of 6 major currencies was little changed. However, trading ranges in each currency pair were wide due to heightened volatility. We can expect more of the same today, with traders fixed on rhetoric from global central bank officials. The Bank of Japan will remain vigilant on the volatile Japanese currency. Watch for further comments from Japan Inc. with the BOJ, the Japanese Prime Minister, and the MOF (Ministry of Finance) as the main players. The trend for the USD/JPY remains up. Which should keep the Greenback supported against its other rivals. 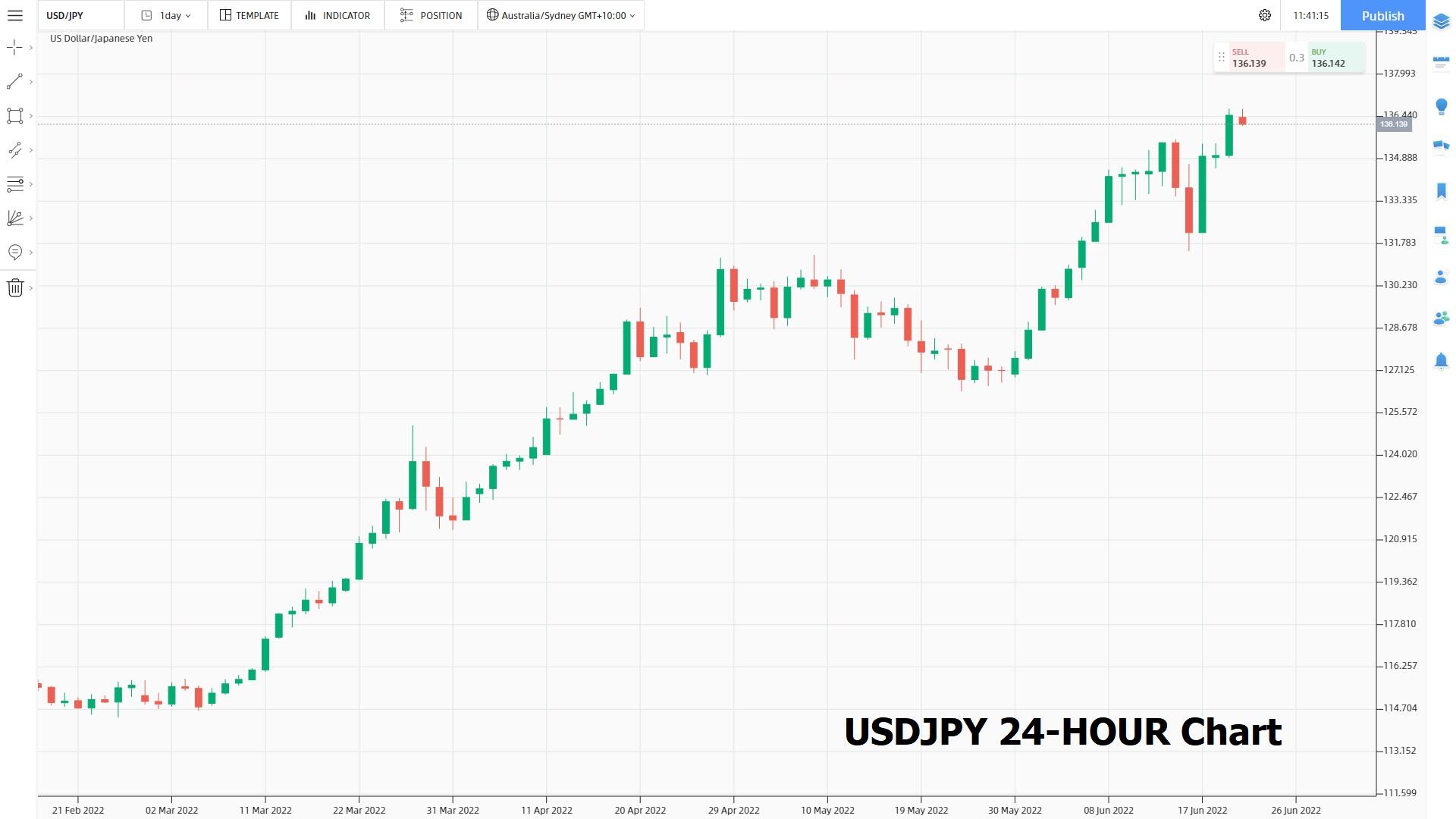